Outrage over how child migrants have been separated from their families at the US border has crossed the Atlantic and put the spotlight firmly on the inadequacies of the system used to detain asylum-seekers in Ireland. 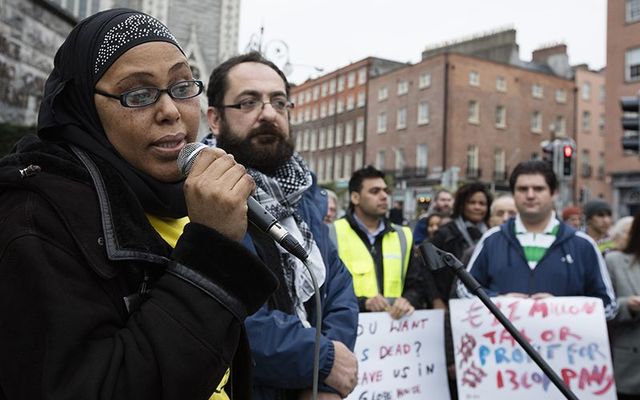 A Direct Provision protest, held in Dublin, in 2017. RollingNews

Outrage over how child migrants have been separated from their families at the US border has crossed the Atlantic and put the spotlight firmly on the inadequacies of the system used to detain asylum-seekers in Ireland.

Activists have taken to social media to highlight the hypocrisy of Irish people who criticize President Donald Trump’s "zero tolerance" handling of the US-Mexico border crisis while turning a blind eye to their own country’s controversial 18-year old Direct Provision system.

As President Trump has just signed an executive order in response to harsh criticism of the US policy, people have pointed out that some asylum-seekers are effectively living in open prisons for up to seven years in Ireland.

So far, almost 2,000 children have been held at the US-Mexican border since April, which is almost the exact number of children living in institutions for asylum-seekers across the Republic of Ireland.

About 5,000 asylum-seekers are detained at 31 accommodation centers throughout Ireland without permission to seek work, or even to cook for their children. 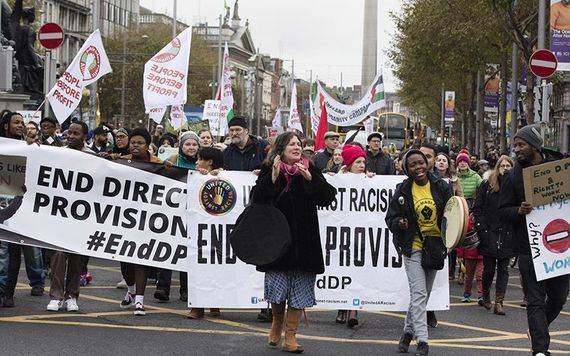 Scenes from 2017 of protests against Direct Provision in Dublin.

Adults are required to survive on an allowance of just €21.60 per week. Long periods spent in overcrowded living spaces in former hotels have caused depression and mental health problems among both adults and children.

One-third of the people living in the Direct Provision system are children. Up to 2,000 of them live in rooms with their entire families, or have to share living space with other families, in conditions which are never seen by the public at large.

While protests in solidarity with the child detainees in the US are due to take place in Dublin this evening (Thursday) and Galway on Saturday, activists have claimed that Irish people should be more aware of the injustices inflicted on refugees and asylum-seekers much closer to home.

“This Direct Provision system does not last for just a week or a month. It can be a lifetime situation for these families. It can take six or seven years. The system in Ireland separates people and institutionalizes them. It makes them dependent.”

He pointed out that mothers living in a Direct Provision center cannot even prepare lunch for their children before they go to school. They have no access to kitchen facilities, cooking is forbidden, and children have little privacy or safe spaces in which to do their homework.

A 2016 report by the Irish Refugee Council found that children in these centers were exposed to violent and sexual behavior, while witnessing deportations harmed their psychological development.

“We need to look at what kind of society we are creating for the future,” Khambule told Irish Central.  “What is happening in these centers is cruel to humanity. We are human beings and we deserve to be treated like human beings.”

Joe Loughnane of the Galway Anti-Racism Network said it was ironic that Irish people were so animated by the images of children in cages in the US, without having any awareness of how 2,000 children were living in Direct Provision centers in Ireland.

“People have become angry by looking at those images of children in cages and hearing the voice recordings of children crying out for their mothers in the US,” he said. “And yet they are not aware of our own system.

“What’s become clear to a lot of people is that this is not just limited to America. Around the world, different countries, powerful countries, have been almost outdoing each other in terms of how horribly they can treat refugees and asylum-seekers.”

Mr Loughnane said that there were parallels between Ireland and the US in terms of the isolation and institutionalization of detainees, the use of large buildings to accommodate them, and their desire to seek work when they attempt to cross borders to start new lives.

Direct Provision was meant to be an ‘interim’ solution to the high numbers of asylum seekers entering the Republic in search of protection when it was introduced in the year 2000.

It was never envisaged that children would spend years living within the system or that it would take some people up to seven or eight years to have their cases heard.

Vicky Donnelly of the Galway One World Centre said that the Direct Provision centers were completely inappropriate living spaces for young children, who live in confined spaces and share communal bathrooms with grown men and women.

She was aware of one case in which a child in Galway City had been living in a former hotel for 11 years, living conditions which would be deemed unsuitable for a homeless Irish family in a crisis situation.

“There’s very, very little transparency. The realities within the system are quite crushing and these places, which include former hotels, are totally inappropriate environments for children to live in,” she said. 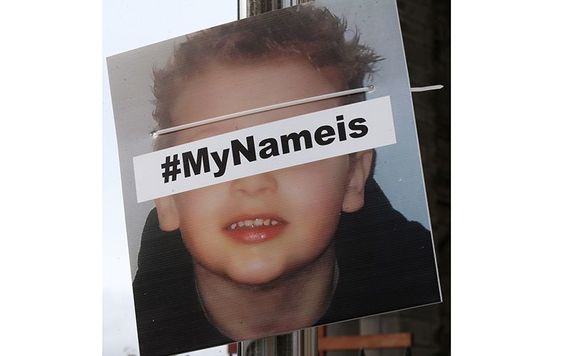 A protest poster, part of a campaign to stop the de-humanization of the people, including children, living in Direct Provision.

“The full human needs of these people are not met, and this is Ireland’s latest incarnation of its ‘for-profit’ incarceration system. We had Magdalene Laundries, Industrial schools and workhouses in the past, and now we have Direct Provision, which allows people to make a profit from people who are fleeing persecution.”

Ms Donnelly said that families living in Direct Provision were unwilling to complain out of fear of being victimized or moved to another part of the country. She has heard the centers being described as ‘open prisons’.

“It seems to be easy to turn a blind eye to what’s happening here on our own doorstep and, frankly, it allows me to understand how the Magdalene Laundries survived in Ireland for so long. We look back and ask how people could have allowed this to happen, whereas in fact we are allowing this to happen all over again,” she added.

A protest rally against President Trump’s policy of separating children from their parents and detaining them will take place outside the US Embassy in Dublin this (Thursday) evening at 4pm.  A rally in solidarity with refugees will take place at Eyre Square, Galway, on Saturday (12 noon).

* Ciaran Tierney is a journalist, blogger, and digital storyteller, based in Galway, Ireland. Find his website at CiaranTierney.com.