The rate of child poverty in the United States is shameful. 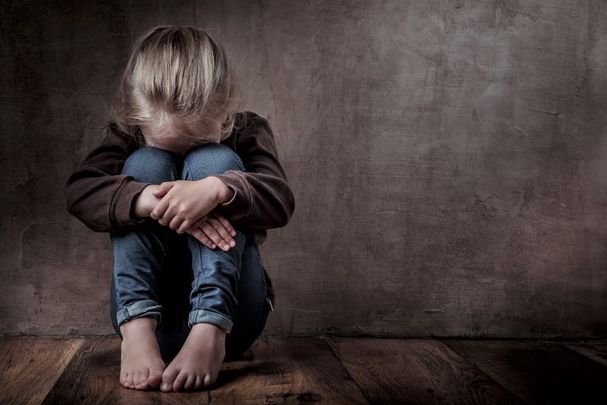 America cannot continue to tolerate so many hungry and destitute people. Getty Images

Some 20 percent of America's youth are living in poverty.

*Editor's Note: This column was featured in the February 17 edition of the Irish Voice newspaper, sister publication to IrishCentral.

According to the latest statistics from the Organization for Economic Co-operation and Development (OECD), Finland, Iceland and Denmark show about three percent of children in their jurisdictions living in poverty, Ireland comes in at more than twice that figure and America, the richest country in the world, scored at 20 percent.

Think of the indisputable long-term damage to children growing up in such circumstances. Poor kids are less healthy than their better-off classmates; they drop out of school at a much higher rate; they earn less money and so are more likely to be dependent on the public purse, and America’s packed prisons are mostly populated by disadvantaged people who grew up lacking the basics of nutrition and healthcare.

Reputable researchers put the annual monetary cost to the American GDP of child poverty at around $1 trillion.

How are people on the other side of the money spectrum doing? There were about 610 billionaires -- yes that is a thousand million -- in America at the start of the global health crisis who hold two-thirds more wealth than the bottom 50 percent of the population. They were joined by 46 more members in their club since the pandemic started and their bank accounts have blossomed in just one year by a hefty 40 percent.

The first relief package passed in March of last year was really helpful for needy people, but in dealing with companies it favored those with multiple resources rather than small businesses with the greatest need. Big corporations with the most assertive lawyers always get preference.  Money and power go hand in hand at every turn.

For instance, AutoNation, a Fortune 500 company, drew no less than $77 million in small business funds. They were out the door with the check when The Washington Post cried foul and they reluctantly returned the stolen money.

The working single mother got $1,200 to help her through the difficult times while well-off companies found ways to claim millions. Oliver Goldsmith’s famous warning in the 18th century in his poem “The Deserted Village” fits well here: “Ill fares the land to hastening ills a prey, where wealth accumulates and men decay.”

The real heroes of the ongoing health crisis are workers who could not operate from home. I am talking about the brave doctors and nurses who at least get proper remuneration, but also the shelf stackers, the hospital cleaners, the bus and subway maintenance workers, and many others in low-paying jobs.

They have to go to work even though they risk contracting the virus every day with devastating consequences for themselves and their families. Many of these workers are black or brown, and the number of deaths from the virus is disproportionately reflected in these communities.

The last increase in the federal minimum wage, which is currently set at $7.25 an hour, happened 11 years ago, a sad reflection on the Republicans and especially the Democrats in Washington who have neglected the neediest workers.

As part of their recovery plan, the Democrats are now proposing $15 an hour as the minimum that any worker should be paid, phased in over four years. Predictably, conservatives are lining up with all kinds of objections.

This payment should be at least $18 an hour and should be seen as providing a living wage. Isn’t it strange that we agonize over giving a few dollars more to the guy at the bottom knowing that this money will be in circulation shortly after it is received, but we have no problem approving a system that allows billionaires to add to their wealth by drawing billions more out of the economy over just one year?

The respected New York Times columnist Nicholas Kristof visited Denmark a few months ago to see how they were doing in fighting the pandemic and to assess their approach of heavily subsidizing companies to avoid layoffs. His report on their policies was positive, with unemployment there hovering between four and five percent and a per capita virus death rate at less than half the numbers in the United States.

He told an interesting story about a conversation he had with a Bangladeshi immigrant named Muhammad who was employed by McDonald’s as a burger flipper. Knowing how McDonald’s workers in America are considered to be close to the bottom in status and salary, he was amazed to hear Muhammad’s very different story.

His salary, with benefits, came to over $22 an hour, which gave him a comfortable standard of living. Like 70 percent of Danish workers, he is a member of a union that has negotiated his pay and working conditions. Employers have to treat workers with respect so they get their schedules a month in advance, and they can’t be assigned back-to-back shifts.

They get six weeks paid vacation annually, generous life insurance, a year’s paid maternity leave, and they are part of a pension plan. Plus, of course, like all Danish citizens, they have universal medical insurance and paid sick leave. Not surprisingly Danes, on average, live two years longer than Americans.

American business leaders scoff at the wages and benefits of workers in the Nordic countries, claiming such generous conditions of work amount to socialism and would not work in America. This is a cop-out by people who don’t consult their workers and who are conveniently convinced that they should be the major beneficiaries when company profits are divvied up. The vast majority of workers in a democratic socialist country enjoy a good standard of living. Ask Muhammad!

Unfortunately, many American workers have bought the anti-union propaganda that permeates many media outlets. They should listen instead to the wisdom of Peter Ward, the head of the Hotel Trades Council, who when commenting on the low level of unionized workers in America, declared, “To me, the definition of stupid is a person who doesn’t exercise enlightened self-interest.”

Close to 50 percent of Americans live from month to month and their standard of living has barely held steady over the last 30 years which has been a golden age for the top five percent as profits soared because of major improvements in technology.

The Legatum Propensity Index, which uses 104 variables to rate the level of well-being and happiness in various countries, places Denmark at the top, Ireland at 14, and the United States at 18.

The new Treasury Secretary Janet Yellen said in an interview with CNN that Congress must act to deal with 24 million adults and half that number of children who go to bed hungry in America every night. President Biden’s relief package includes a radical proposal to provide $3,600 per child every year to parents of children under the age of six and $3,000 for the mothers or fathers of young people from six to 17.

Republicans are usually not receptive to making payments of any kind to poor families, but the extreme current predicament in so many households has motivated Senator Mitt Romney to propose $4,200 annually for each child under six, while matching the Democratic proposal for those up to 17. Analysts contend that implementing either of these proposals would lead to a massive reduction of about 40 percent in the rate of child poverty in the United States.

Pope Francis has addressed the scourge of poverty many times recently. He declared that unless mankind confronts it as well as the dramatic growth of income inequality there can be no progress on other issues. Dealing with poverty is, first and foremost, a moral challenge.

America, a church-going country that stresses the importance of biblical principles, cannot continue to tolerate so many hungry and destitute people.

Gerry O’Shea blogs at We Must Be Talking