Jim Campbell, an Irish photographer, recently launched his "A Day in the Life" series, which aims to help students or anyone looking for a career change. 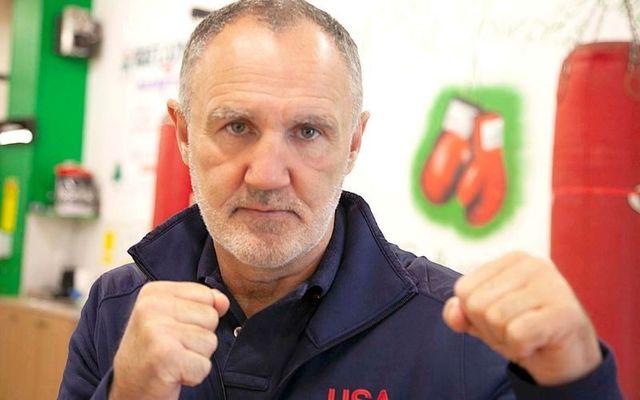 A Wexford photographer has launched a new series focusing on the daily working lives of professionals from all walks of life.

Jim Campbell, an Irish photographer who has worked in wartorn nations across the world, recently launched his "A Day in the Life" series, which aims to help students or anyone looking for a career change by providing detailed and personal accounts of different job types.

Campbell graduated with a degree in photography from the Dublin Institute of Photography in 1999 and spent several years working in wartorn countries such as Israel, Syria, Iraq, Palestine, and Ukraine. 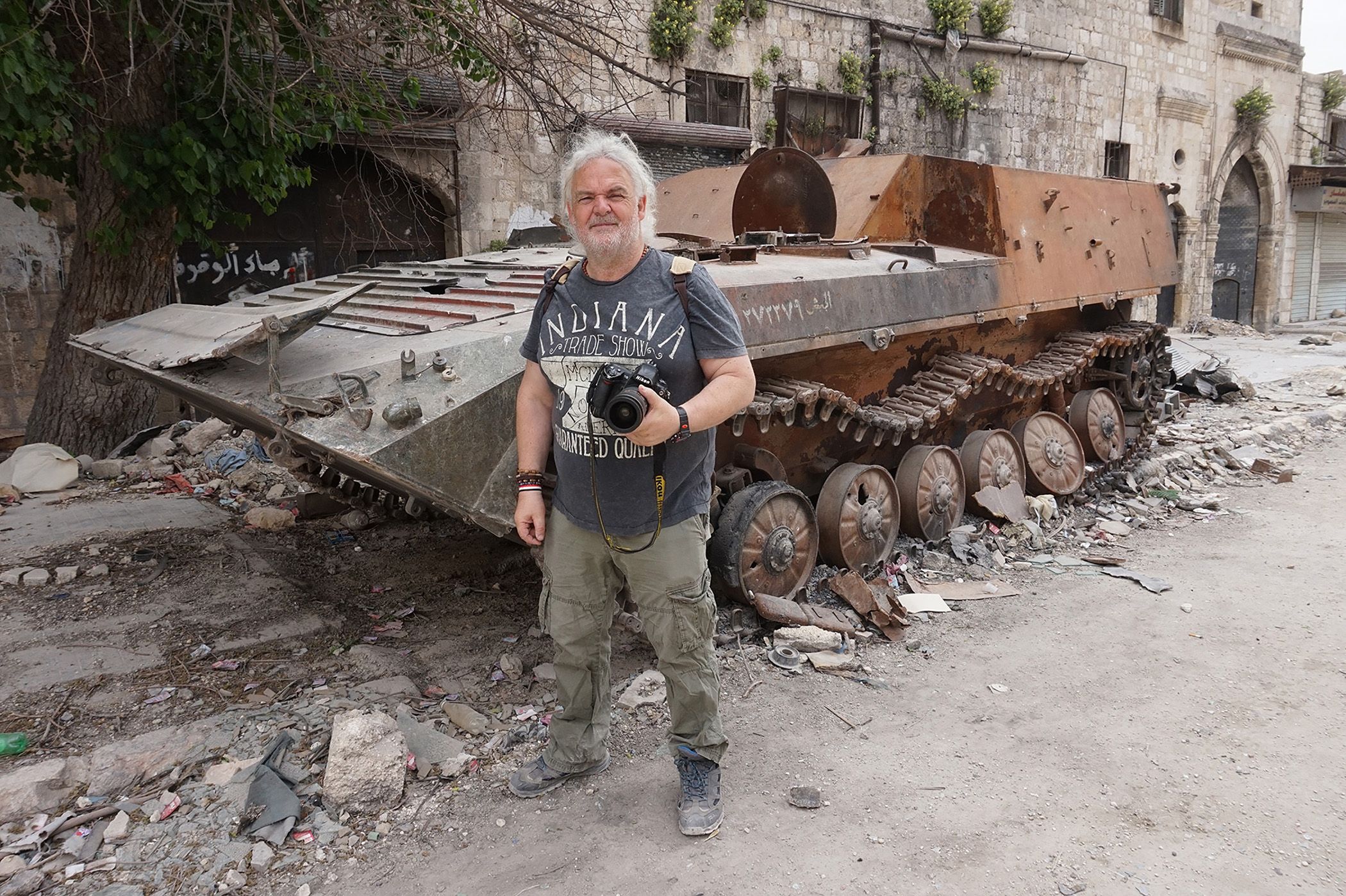 He told IrishCentral that he had planned to go to Afghanistan later this year before the Taliban seized control of the country but said that he had "big plans" to travel to other areas of conflict once the COVID-19 pandemic is brought under control.

In the meantime, Campbell has launched his blog post dedicated to telling the stories of everyday professionals in the hope of offering some advice for anyone seeking a new career.

He is also set to relaunch his photography website later on Wednesday afternoon.

You can read Campbell's recent blogpost on Irish boxing legend Billy Walsh below.

The sport of boxing has produced some of the most famous athletes of all time. Names like Muhammad Ali, Mike Tyson, and George Foreman are synonymous with the sport. Boxing was established as an Olympic sport back in 688 BC, and this is the earliest evidence for boxing rules.

There are two forms of boxing: amateur and professional. Amateur Boxing is a sport in events such as the Olympic Games. Boxers are required to wear gloves and headgear. The number of clean blows landed by the fighter determines the scoring rather than the physical damage. In Professional Boxing, the boxers cannot wear headgear. The boxers are allowed to take more punishment before a fight is stopped. The referee can stop the fight if he feels the boxer can no longer defend themselves.

I met up with USA Olympic Boxing Team Head Coach Billy Walsh, fresh home from the Olympics in Tokyo, to discuss a day in the life of a boxing coach. I am very grateful to Billy for our meeting in the Liam Walsh Boxing Academy in St Joseph’s Boxing Club in Wexford Town; he was taking a short family break before a busy second half of 2021. The ‘Liam Walsh Boxing Academy’ is named after Billy’s late dad Liam who was founder member of the St Joseph’s Boxing Club in Wexford.

Former Irish International boxer Billy competed in the welterweight event at the 1988 Olympic Games in Seoul. His record speaks for itself. In 2003, he was appointed Head Coach of the Irish High-Performance Boxing Programme. He was at the helm of the Irish Boxers during the 2008 and the 2012 Olympic Games in Beijing and London respectively, guiding the boxers to seven medals, including a gold medal for Katie Taylor at the London Games. In 2016, the Wexford man was awarded the international Boxing Association Amateur Coach of the Year award.

The Wolfe Tone Villas man whose grandfather Willie was also a boxer and from Wolfe Tone Villas. At the age of seven, Billy joined the Christian Brothers School Boxing Club in his hometown of Wexford. There is a small building on the school grounds next to the school’s south wing, at that time it was just big enough to hold a boxing ring and a few benches. Most of the pupils in the CBS at some stage experienced the boxing. “I didn’t find out till years later that my dad had asked the Christian Brothers to take me into the boxing to try and curb my wild ways on the street in Wolfe Tone Villas where I lived.” Billy recalled with a chuckle, we both had a good laugh at that. 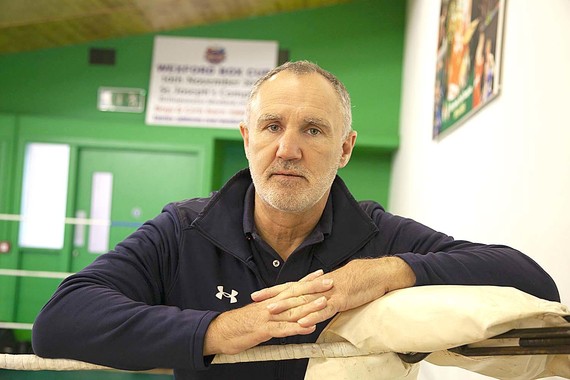 “I am a stickler for sticking to routines”

The once self-employed milkman, now Head Coach of the USA Olympic Boxing Team, is based in Colorado Springs, in Southern Colorado. The head coach’s accommodation is just ten minutes away from the Olympic Training Centre where he trains the boxers. His day commences as early as six in the morning. Routine is essential for Billy. “We have a routine; human beings adapt to routines: getting up at certain times, eating, hydrating, and training. I am a stickler for sticking to routines. That’s how my days go around, the structure of what the team is going to do”.

From six-thirty to seven, the boxers weigh in every day. “We have thirteen weight divisions, eight for men and five for women. We will have at least double that number that in training. We would also have ‘motivation’ teams in for training camps. Following the weigh in, we have breakfast, and then we train”. 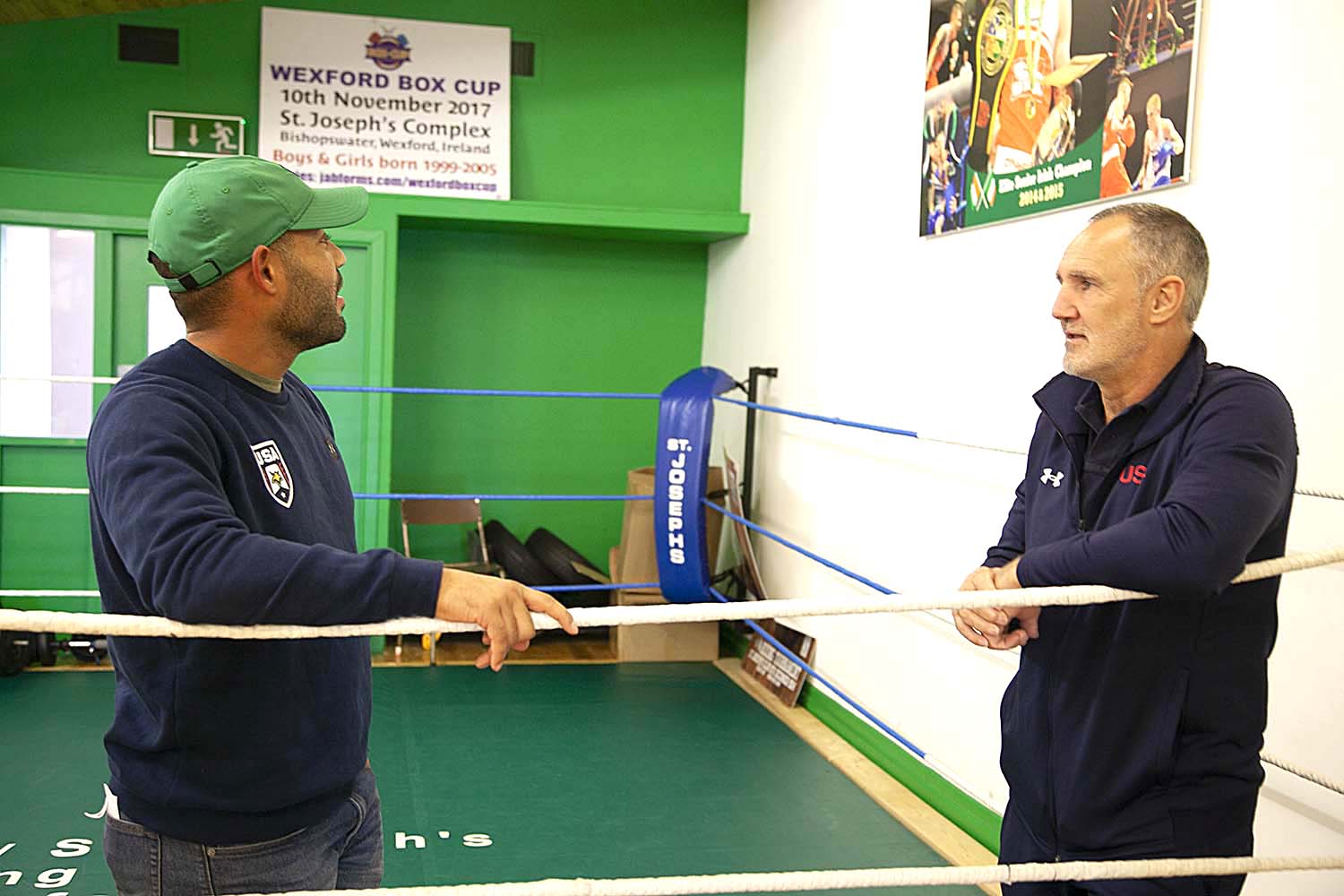 “We are never done till we are done”

Training in the morning is for about ninety minutes; this would include some weight-lifting, conditional running and boxing. Recovery is the next stage; refueling is part of the recovery process. The boxers take a little break for a couple of hours. Then we go back to the training at four o’clock. But for the Head Coach, there is no such break. “In between for me as a head coach, I don’t have a break, and I spend this time in the office. There are multiple things to be done regarding competitions, organising travelling for the events, and logistics to make it all happen. So, I am looking after all that. Thinking ahead; we have a youth team, a junior team, a women’s team, and the men’s team”. The head coach is constantly working around training camps, trying to get to international training camps, and the logistics around their travel.

The boxers finish their training at around six in the evening—a long twelve-hour day for the fighters. Long after the boxers have departed the training center, the coach is still at work. “We could be analysing some fights. We are never done till we are done, whatever time we go to bed at.” The head coach’s duties include managing the whole team, coaching staff, the training, the camps, preparation and planning for the Olympics, schedules where they are going, and what they are doing.

Most of the boxers are not from Colorado, and they fly in from all around the United States. They are only there for the training. “We use the environment that’s there. Colorado is about six thousand feet above sea level, so that helps the performance. When we come back to sea level, we have a lot more oxygen. That helps the performance. As well as the boxing, we manage the psychological, physical, technical, and tactical aspects to get the complete athlete that is going to become an Olympian. One of the hardest things in the world is to become an Olympian. If you don’t have the whole package, you are probably not going to make it.”

Billy has always loved boxing and enjoys what he does. “I am very fortunate to turn my love, my hobby, into a profession. It is not really like work; I do crazy hours and never even thought about it. If I weren’t here, I would be doing the coaching down in St Joseph’s Club, coaching the kids. It is something I always wanted to do. I was lucky to become Head Coach of Ireland in 2003, and the opportunity came for me to go to the United States. At that time I was a milkman, working for myself.”

“Have a perspective of who you are”

Times have changed over the years for coaches. “Things have got better, and when I was becoming a coach, there wasn’t much coach education for new coaches. I did a Level 1 course when I was boxing. There wasn’t much after that. So I had to teach myself, it was very difficult. Billy’s commitment and determination paid off.

My advice to those wishing to pursue a boxing coaching career is to go out and educate themselves as much as they can. Learn as much as you can. You are also dealing with people, and boxing is the easiest part. You need to be able to manage people. Have a perspective of who you are, what you are, and what you want to achieve.

Billy’s heroes in boxing were Muhammad Ali and Sugar Ray Leonard. He had the pleasure of meeting Muhammad Ali’s grandson three years ago. You would never guess what his name is – Nico Ali Walsh!

An appropriate place for me to bring Edition 8 of ‘A Day in the Life of’ to a conclusion.

Be sure to check out Campbell's full "A Day in the Life" catalog here.