Major League Baseball is having yet another “Say It Ain’t So” moment. And Jimmy O’Brien is at the center of this latest big mess. 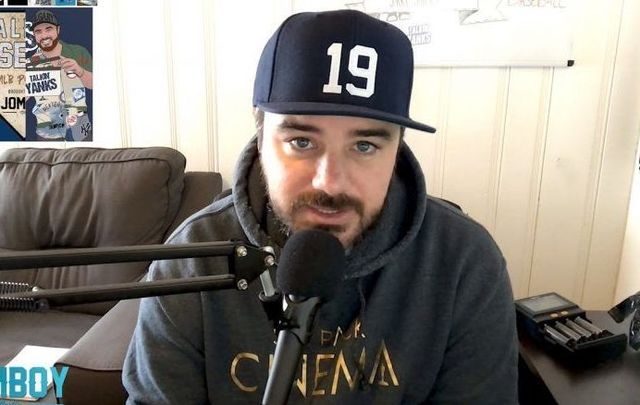 Major League Baseball is having yet another “Say It Ain’t So” moment. And Jimmy O’Brien is at the center of this latest big mess.

No, O’Brien is not a member of the Boston Red Sox or Houston Astros, the two clubs that have come under fire for using technology to steal the signs opposing teams employ to figure out what pitches are best to throw in given situations. Top team executives have already been fired as a result of this scandal, and some of the league’s top talents -- the Astros second baseman Jose Altuve, to name just one -- have come under suspicion for cheating.

The accusations range from credible to bizarre, from the low-tech use of banging on garbage cans, to the high-tech use of an intricate buzzer system hidden underneath a player’s jersey.

This scandal just broke and is widening every day, and already stands right up there with past baseball scandals, such as the use of steroids or cocaine in team clubhouses, and perhaps even the infamous 1919 World Series when eight players on the Chicago White Sox allegedly accepted money from a gambler to lose the championship on purpose.

Read more: Why Conor McGregor and Donald Trump needed each other

One of the many ironies of this latest cheating scandal is that it was only possible because of technology -- the very same technology which has subsequently been used to expose the cheaters.

That’s where Jimmy O’Brien comes in.  Better known as Jomboy, O’Brien is an internet star who rose to fame analyzing baseball and other sports clips in the minutest detail. Then he discovered how to enhance the volume of various field microphones, which led to sports analysis that was comic and serious at the same time.

Then came New York Yankees manager Aaron Boone’s epic “savages” meltdown. It was back in July, in the early innings of a hum-drum Yankees-Tampa Bay Rays game, when rookie umpire Brennan Miller had enough of the barking coming from the Yankees dugout. Miller ejected Boone, but not before the skipper raced onto the field and multiple times declared that his Yankee hitters were “f***ing savages in the box.”

Thus was born a whole new line of Yankee t-shirts. But it was only because Jimmy “Jomboy” O’Brien figured out how to enhance the sound of the field microphones, and send out the result to his thousands of followers on social media.
Jomboy had already become such an influencer that Major League Baseball had to start figuring out ways to minimize the kind of unpredictable audio he could pick up on.

“When allegations that the Houston Astros had stolen signs electronically during their 2017 World Series championship season surfaced in November, Jimmy O'Brien was sitting in his new apartment in Harlem, waiting for some Verizon workers to finish setting up his cable internet,” ESPN.com reported this week.

O’Brien had read the rumors that “a banging sound could be heard from the Astros' dugout whenever a changeup signal was given by an opposing team's catcher,” so he “began scouring the MLB.TV archives…(and) within two hours, O'Brien had pulled the video demonstrating the banging.”

Suddenly, a onetime internet novelty act seemed more like an investigative journalist and media mogul. Jomboy spent much of last week making guest appearances on sports TV and radio talk shows, at the same time as he was announcing that his company, Jomboy Media, had opened up brand new offices in New York City.

O’Brien grew up a Yankees fan, “despite moving frequently as a child because of his father’s job,” according to a New York Post profile. “He graduated from Central Connecticut State with a degree in history before landing a job as a videographer and video editor.” In March of 2018 he quit working as a videographer to focus on Jomboy Media.

Which, in retrospect, seems to have been a downright “savage” decision.