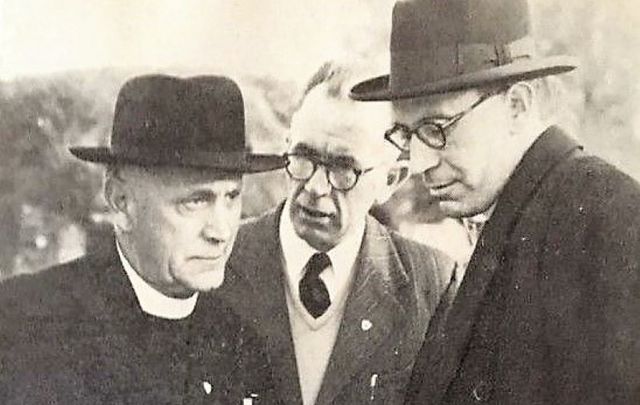 I have a strong affinity with the community development organisation, Muintir na Tíre, having served as National President from 2008-2011.

As a Bansha, Co. Tipperary native, it was a great honour to follow in the footsteps of its founder Canon John Hayes who was Parish Priest of Bansha/Kilmoyler from 1946 until his death in 1957 and is buried in Bansha cemetery.

The meeting was attended by delegates from many agricultural organisations, scores of free-lance reformers, representatives from the United Irishwomen, and from the Legion of Mary. The meeting was a great success and the committee was told to proceed with registering the association on limited liability lines under the Industrial and Provident Societies' Act.

The shares in the new co-operative organisation were fixed at 10 shillings each and no member was allowed to hold more than twenty. Agricultural labourers were given free membership. Its seal was defined as a Cross and a Plough.

Father Hayes recalled the difficulty in getting a name and speaking to a journalist he said; "Some wanted it in English and some in Irish. We thought that if, after all, there be any value in a name it should be in the national language. Muintir na Tíre was national in its meaning and sufficiently embracing to include all our people.

"We were out to fight nobody, but to help everybody. Muintir na Tíre from its very name excluded class war. And so we adopted a name expressive of our ideals."

In choosing the word 'neighbourliness' to express the chief aim of the movement, Father Hayes hit upon the primary social principle. It was not the physical thing, the land of the country that was involved, but the whole human make-up of the district and neighbourliness was the idea that Fr. Hayes wanted to get across. 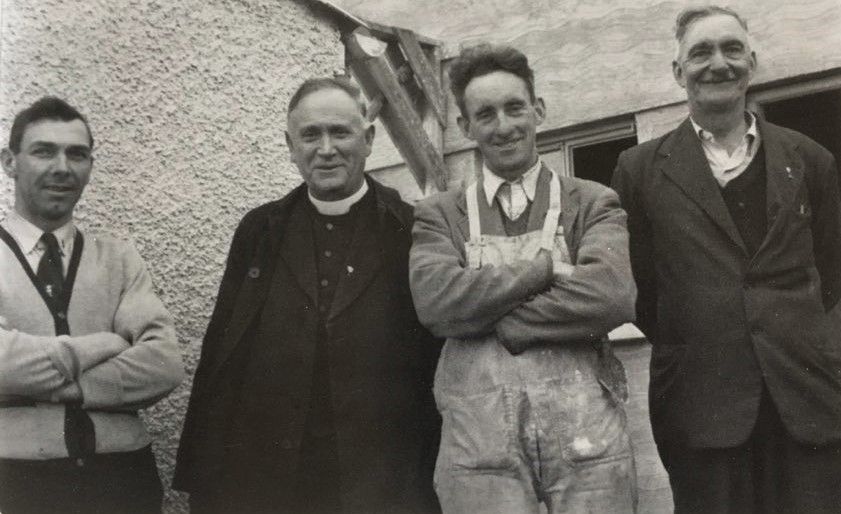 Historian Barry Sheppard, who is currently undertaking a PhD in the School of History, Anthropology, Philosophy and Politics at Queen's University, has long had an interest in Muintir na Tíre. He is the host of History Now on NVTV and his research interests include the international mission of Muintir na Tíre.

Sheppard says that his research looks at the international connections Muintir na Tire made under John Hayes. "I look at his international inspirations in forming Muintir, and how he brought them into the organisation. I examine where Muintir fitted into an international network of Catholic agrarian and community development organisations and how these community development ideas moved across national borders via the sharing of ideas and congresses and gatherings and how these organisations were inspired by the Papal Encyclicals Rerum Novarum and Quadragesimo Anno."

Barry, who has Tipperary connections, is a presenter on the History Now television show and podcast, a Belfast-based history show which is broadcast on the local Belfast community television station, Northern Visions Television. The station is a community-based not-for-profit TV channel, broadcasting from Belfast's Cathedral Quarter district.

History Now is a chat show/interview format, inviting academics and professional historians from across the island of Ireland, the UK and beyond, to discuss their research/projects. The show made the transition to podcast in 2021 with audio versions of the television show available on Spotify and iTunes.

Sheppard has also produced a number of straight-to-podcast episodes, History Now Extra on a variety of topics including the Cuban Revolution and the history of the Irish rural movement, Muintir na Tíre.

In honour of the 90th anniversary of the first meeting of Muintir na Tire Ltd, I was invited by Barry to participate in a podcast to be broadcast on History Now. The podcast covered the founder of the organisation, Canon John Hayes, his early life during the Land War, his education in the Irish College in Paris, and his time in Liverpool.

The podcast also discussed the move from a friendly society, to the vocationalist, parish-based movement in 1937. Further topics were his later life in Bansha, Muintir's Rural Weeks, and his mission to Argentina for the 1934 Eucharistic Congress. You can listen to the podcast online here.

Below, you can watch Barry Sheppard's interview with Martin Quinn: