Remembering how the world changed as man landed on the moon on July 20, 1969, 50 years ago today. 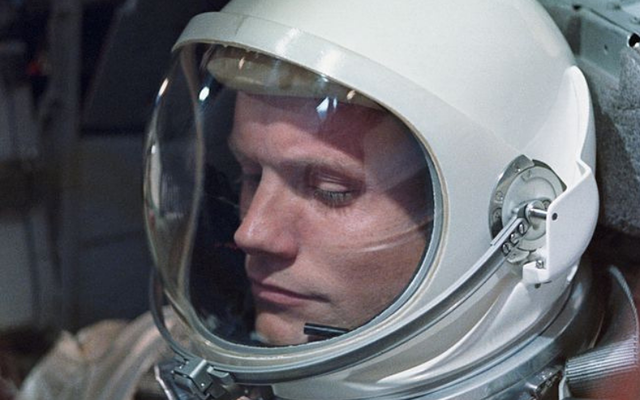 Remembering how the world changed as man landed on the moon on July 20, 1969, 50 years ago today.

Take a look at the cell phone in your hand and imagine that there is more computer power in that tiny object compared to all the massive computers used to power man's first flight to the moon 50 years ago this Saturday, July 20.

The space flight technology was in its infancy. Inspired by JFK’s vision, it was perhaps the greatest achievement of all time to land on another celestial body.

They barely made it, and what happened shows just how risky the entire race to the moon really was.

As Neil Armstrong and Buzz Aldrin steered the lunar landing craft to the moon's surface, all they could see was a rock-strewn landscape which would have been fatal if they landed on one.

Read more: Did you know that Michael Collins was the third man on the moon flight?

Back in America, President Nixon had two speeches prepared, one for failure which would have doomed the men, and one for success.

".Fate has ordained that the men who went to the moon to explore in peace will stay on the moon to rest in peace.

These two men are laying down their lives in mankind’s most noble goal: the search for truth and understanding....."

At the last second, Armstrong saw a flat area of the moon surface, and the lunar lander settled into the lifeless earth much to the relief of the watching world.

It was every bit as dangerous as it sounded, one small collision with a rock and Armstrong and Aldrin would have died within days on the moon. their bravery was astonishing

Thus on July 20, 1969, Armstrong took "one small step for man, one giant leap for mankind."  He left a plaque which read, “We came in peace for all mankind.”

Nowadays, that might read “Brought to you by Donald Trump. Making the Moon Great Again.”

Back in Ireland, the whole country was awake,

I was 16 years old in the summer of 1969, working my first summer job in an electrical plant about 10 miles from my hometown of Drogheda, Co. Louth.

The night and morning of the moon landing are imprinted on my brain forever. Like 9/11 and the Kennedy assassination, I can recall July 20, 1969, as vividly as yesterday.

Read more: “We choose to go to the moon” - JFK’s famous speech 50 years after Apollo 11

A presenter called Kevin O’Kelly was the only host. He sat there literally for hours, trying to fill in the waiting as we awaited word on when Armstrong, who had piloted Eagle the craft that had landed on the moon just after 9 pm our time, would open the hatch and step onto earth’s closest neighbor.

There was no panel of experts, no animation or simulation. All O’Kelly had was a (very) rough replica of the lunar module, and he kept telling us we would get live pictures when the Eagle hatch was opened.

Several of my siblings fell asleep, as I did myself. I can only remember one other occasion staying up as a family, for the Muhammad Ali/Sonny Liston fight some years before.

We were awoken by a shout from our dad soon after 3 a.m.

O’Kelly had just pronounced that “the hatch was open” and we were about to witness history.

Except that we could see very little. There was a very blurry image of a man descending a few steps onto lunar soil and then the immortal words—“one small step for man, one giant leap for mankind.”

It was history as we had never known it or never will again.  Man had reached past his earthly existence and stepped on another world.

I rushed outside to look at the moon and imagined all the billions of people who had looked up at earth’s closest neighbor and how tonight was different. The man in the moon, actually the two men on the moon as Aldrin joined Armstrong, had become fact, not a children’s fairy tale.

I went back to bed but not to sleep. My boyhood mind was fired by the images and voices I had just seen.

I knew the world would never be the same again. It was a turning point in history.

I hope today’s young people see the day when a man like Armstrong lands on Mars—that only seems a matter of time too.

So thank you, Neil Armstrong, a brave hero if ever there was one. Thank you for what you gave us, a moment of history that stopped the world as we knew it and made sure it would never be the same again.

Do you remember the moon landing? Let us know in the comments section, below.