On this day, the 1981 hunger strikes ended - Could Margaret Thatcher have prevented their deaths? 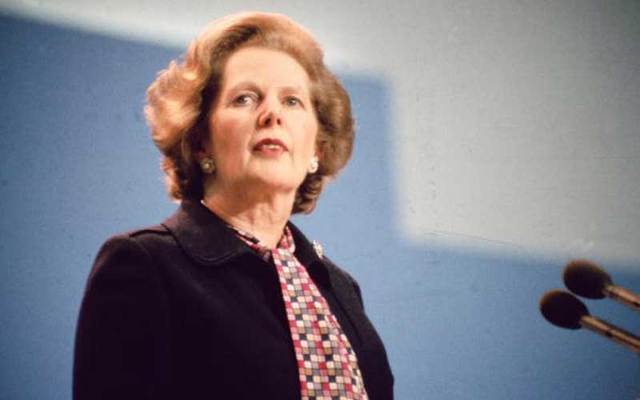 The passing of Margaret Thatcher in 2013 once again re-opened the era of the 1981 hunger strikers in Northern Ireland when ten men led by Bobby Sands fasted to death and the conflict entered a bloody and decisive phase.

The ultimate irony is that the late Margaret Thatcher made possible the rise of modern Sinn Féin by refusing to negotiate meaningfully during the IRA hunger strikes.

The shift in momentum towards Sinn Féin after the election of Bobby Sands is a clear the turning point of The Troubles.

Pre-hunger strikes Sinn Féin languished in the low single digits, post-hunger strike they climbed all the way to sharing power in Northern Ireland and a formidable force in the Irish Republic.

In America at the time, I saw a huge shift among Irish Americans, many of whom, unlike the stereotypes, were deeply conflicted by IRA violence.

Once the hunger strikers died, however, the mindset quickly hardened. It was a movie they had seen before, hard-nosed British intransigence in the face of Irish nationalists demands.

The impact in Ireland too proved the death knell of moderate nationalism, such as practiced by the SDLP.

The Anglo-Irish agreement, against the backdrop of the Sinn Féin rise, was a desperate attempt by Thatcher and Garret FitzGerald to put the genie back in the bottle but the rise of Sinn Féin would prove inexorable.

Thatcher had the perfect out during the hunger strikes, in the person of Cardinal Tomás Ó Fiaich, who was revered by nationalists in the North and who pleaded for her to come to her senses on the issue of recognizing that IRA prisoners would never see themselves as common criminals.

Ó Fiaich was a very different kind of cardinal, with deep roots in the community, a man who eschewed pomp and who was deeply popular and respected in nationalist circles in the North.

He was the perfect go-between and had warned from the dirty protests on that a crisis was building. He was also the perfect instrument to defuse that crisis.

He was also behind the intervention of the Pope in the person of John Paul’s secretary Father John Magee, later the discredited Archbishop of Cloyne.

A woman holds a book by Irish nationalist Bobby Sands at an 'Irish Wake' for British Prime Minister Margaret Thatcher at Rocky Sullivan's Irish bar on April 13, 2013 in the Brooklyn borough of New York City. The celebration of Thatcher's death was held by activists in response to her policies and governance of Northern Ireland in the 1980s. (Photo by Mario Tama/Getty Images)

Ó Fiaich told me afterward he had a deal in place that would allow face saving on all sides regarding prison work but that the British stonily turned it down.

If Ó Fiaich had been allowed to sell that deal, backed by the pope, no nationalist in Northern Ireland or Republican would have turned him aside in my opinion.

Instead, Thatcher presided over the ten deaths, leading to worldwide condemnation and handing Sinn Féin a ferocious propaganda victory which they gratefully accepted.

Thatcher’s dealings were counterfeit from the beginning. I believe she was already involved in some back-channel dealings with the IRA at the time of the hunger strikers, so clearly she was ready to deal with terrorists if it suited her.

Her political calculation was that she would once and for all stare down the IRA and break their appeal to nationalists.

It was a foolish premise, one that even a cursory reading of Irish history would have disavowed. The hunger strike was an instrument of Irish protest dating back over a thousand years.

The crisis was not well handled by the Irish government at the time. A much stronger appeal to American friends up to and including the then President Ronald Reagan would likely have borne dividends in terms of pushing Thatcher to settle the matter before deaths occurred.
But the government was far too timid and in many ways intimidated by Thatcher. In that respect, they were not alone.

If Thatcher had taken the conciliation route there would have been a massive sigh of relief, a huge shot in the arm for moderate nationalists including the Irish government and the beginning of a new outreach that would never have ended up in the cul de sac of the “Out, Out Out” years when Thatcher was refusing to contemplate any role for Irish nationalists in the north.

It was during that time that Sinn Féin built their political outreach and massively increased their potential.

The result is there today for all to see. It was Margaret Thatcher’s worst mistake in her dealing with Ireland.