When American democracy was at stake they doubled down on Trump’s Big Lie that the election was fixed. 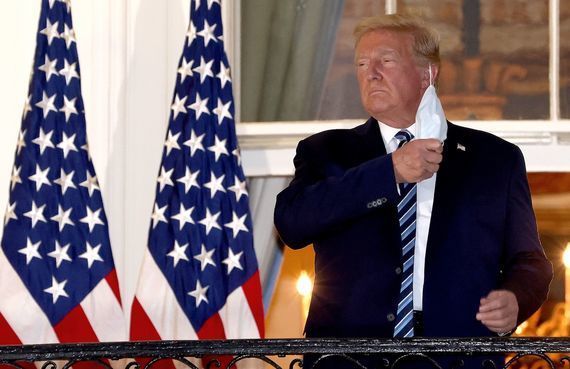 President Donald Trump has just one month left in the White House. Getty

If you think there was really no harm in more than half of the Republican Party in the House humoring Donald Trump by pretending he won the American presidential election consider this: Every autocratic leader from Hitler on has been delighted to have willing fools play apologists for their blatant lies and threats.

Donald Trump was the biggest danger to American democracy ever. He clearly and blatantly wanted to end the democratic process and likely wanted to install himself as a future president for the life of the American people. He was already hinting at a third term.

He almost succeeded but for a superb campaign by Joe Biden which turned out almost every Democratic voter in the country.

Leading the charge in the House was minority leader Kevin McCarthy, or “Our Kevin '' as Trump called him, who signed on to the document claiming Trump the winner when 53 different judges and the Supreme Court twice had stated there were no grounds for fraud.

McCarthy is either a fool or a fascist who does not believe in democracy and we have to hope for the former. He has destroyed whatever political credibility he had.

Perhaps if he had looked at other apologists for fascists in history he might have learned something from the Protestant and Catholic churches who lined up behind Hitler as he rose to power, or his namesake  Joe McCarthy, who carried on a witch hunt against every suspected communist, goaded on by a baying pack of right-wing politicians and media.

Or he should look to the enablers of Jim Jones, the messianic cult leader from Kevin McCarthy’s own state of California whose disciples followed him to the grave, on November 18, 1978. There were 909 followers, one in three of them children, forced to commit suicide by cyanide at the instruction of the Peoples Temple founder.

The mass murder, unmatched until 9’/11, happened in November 1978 and occurred in a remote area of Guyana which will always be known as Jonestown.

Here is what Timothy Clancey, head of publishing and public relations for Jones, wrote praising their report weeks before the mass suicide.

Clancey wrote: “Two directors of the Citizens Commission of Inquiry, Attorney Mark Lane (author of Rush to Judgement) and Donald Freed (author of several books, including Agony at New Haven, Executive Action, and Glass House Tapes), have conducted an independent investigation into the controversy that has filled the news over the past year about Peoples Temple. Mr. Lane and Mr. Freed talked personally to many of those making the allegations, and then they went to Jonestown, Guyana, to investigate for themselves.

Mr. Lane stated: "I am now satisfied beyond any question that all of the charges are false, "I have been deeply impressed with what I have seen there (at Jonestown)... It makes me almost weep to see such an incredible experiment with such vast potential for the human spirit and the soul of this country,

Donald Freed, in speaking to the Temple congregation, said, "Martin Luther King, I think, if he could see Jonestown, would recognize it as the next step in his agenda and he would say, 'One, two, three, many more Jonestowns...!".

For his part, Kevin McCarthy voted for an end to democracy and the installation of an unelected president. Yet he continues in a powerful political position and quite possibly, a future speaker of the House.

America has long been preoccupied by the enemy without China or Russia, but it is the enemy within which threatened to end the great American experiment, not enemies on the outside. Amazing what guises fascism can show up in.