Liz Truss sees herself in the image of Margaret Thatcher, but she shares none of the Conservative upbringing or groundbreaking ability of her famous predecessor. 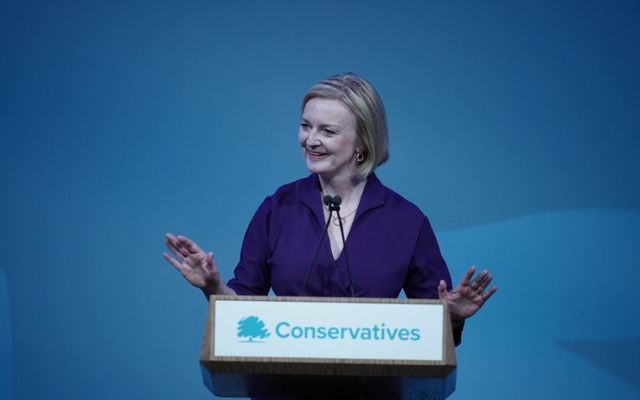 The British Conservative Party has chosen a new leader and a highly unlikely one at that.

Liz Truss sees herself in the image of Margaret Thatcher, but she shares none of the Conservative upbringing or groundbreaking ability of her famous predecessor.

Truss now becomes the third British female prime minister and threatens to be the worst of them. She comes to power at a critical time when major issues are sweeping across Europe, especially the ratification of Brexit and an agreed solution to the Northern Irish border issue.

It was noticeable on the stump that Truss was taking the hardest position possible on all those issues. The fact that she personally attacked the leader of the Scottish Nationalist Party, Nicola Sturgeon, and sneered at the notion of a united Ireland lets us know which way her path is heading.

Yet we have been wrong before. Thatcher, for all her many faults, signed the breakthrough Anglo-Irish Agreement in 1985 which was a huge stepping stone towards peace in the North.

But Truss has given no indication of any such visionary politics.  Her father has not spoken to her about politics for years because he is so disgusted by her turn to the far right – John Truss, an emeritus professor of mathematics, is a supporter of the Liberal Democrats in the U.K., as is his wife and Truss’ mother, Priscilla.

But Truss has embarked on a different route, and those closest to her seem to matter little in her quest for power.

As a step towards leadership of the Tories, she stated that her childhood, state-run school outside Leeds in the north of England was falling to rack and ruin and that she became a Conservative soon after. She took on an unlikely role, that of the agreed candidate of the far right faction of the Tory Party.

She inherits a party that is deeply split between a group known as the Remainers who voted for Britain to stay in Europe, and the hard-right faction of Brexiteers that she now heads.

Given the importance of the issues that she will immediately be dealing with, it is instructive to note that while she was foreign secretary, Truss was highly critical of the Irish government and clearly took a pro-unionist stance.

It remains to be seen if what she was before becoming prime minister is a true version of her politics and beliefs.  Truss voted to remain in Europe and was known as one of the most moderate Tory voices before she began an ambitious climb that has now brought her to the very top.

Because she is inheriting such a divided party, she will have to be especially careful of former Tory leader and outgoing Prime Minister Boris Johnson, who has not gone quietly to the sidelines and remains a central figure bent on returning to power by hook or by crook.

If that’s not enough, Truss also inherits the Ukrainian policy that Johnson strongly followed, making clear that he would defend Ukraine despite any cost to Britain.

Truss is entering a battlefield, not a political arena.  The Tories have been in chaos for years following the Brexit vote in 2018.  The party leadership has regularly changed because of the tumult.

The best hope with Truss, it seems, is that she will become a different politician in power than she was when she was seeking the Tory leadership. But the runes are making clear that that is highly unlikely.

Meanwhile, the Irish government will feel deep dismay that the most hardline of all the Tory candidates has succeeded. They know Truss has made clear that she feels she can trigger Article 16 of the Brexit agreement covering the Northern Ireland Protocol which avoids a hard border between north and south.

The reality is that Truss has no such authority, and Britain signed off on the Protocol, much to the chagrin of the right-wingers in the Tory Party.

It is again a time of great change, of war in Ukraine, of a domestic U.K. fuel crisis brought about by that war, of rocketing inflation, of steps towards nationhood being taken by Scotland, and hardliners in Northern Ireland squaring up to try and destroy the Protocol.

Truss inherits an almost impossible situation. The sad part is that she is correct when she says she’s no Margaret Thatcher.

It is up to Truss to prove everybody wrong, but don’t bet on it.