Why Irish dancing has lost its way and needs to change 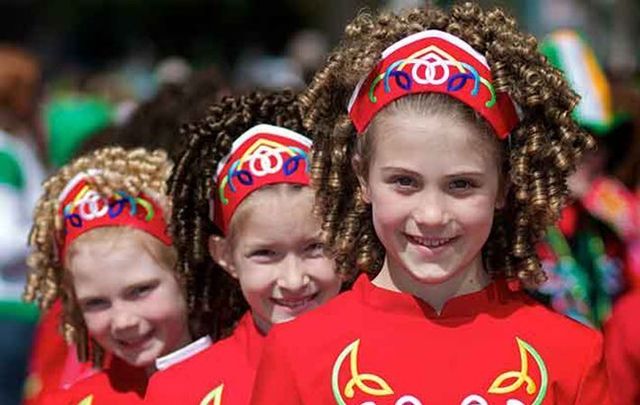 Over the top, extreme Irish dancing dresses are ruining the art form.

In the opinion piece below from 2014, Cahir O'Doherty argues against the use of colorful dresses, wigs and tan in Irish dance competitions. In reponse, we received a letter from a 16-year-old dancer from Connecticut defending the aport which you can read here.

What does an average American family live on after they buy the latest dress for their Irish dancing daughter? Baked beans?

That's the first question that non-Irish dancing people (call us Muggles) ask ourselves after visiting the endless websites that specialize in the buying and selling of these eye-popping pieces.

A quick glance around the internet shows that it's not unusual for just one of these frilly, flouncy horrors to sell for north of $1,000.00 a pop. And prices can actually go up from there. 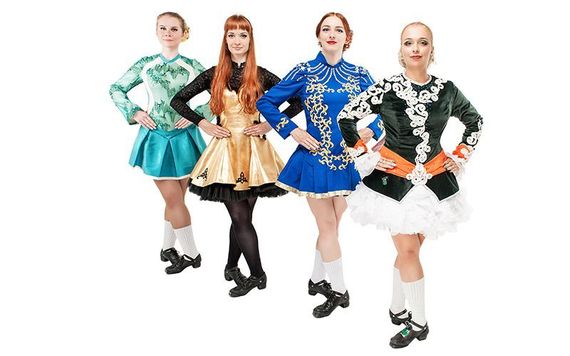 How much would you pay for an Irish dancing dress? Image: Getty.

To paraphrase Dolly Parton, you'd be surprised how much it costs to look this tacky. And make no mistake, these costumes look increasingly tacky. With their I-need-to-be-seen-from-space patterns and colors, they don't so much catch your eye as assault it.

Who can afford to stock a wardrobe with these purse-pillaging things? How many young girls are being told by their astonished parents that they can't attend Irish dancing schools (which are, by the way, a further expense) because the prices of these gaudy costumes are far too prohibitive for so many?

It's the costumes themselves that are the first symptom of the deeper malaise that has completely overtaken Irish Dancing, frankly. Ireland is known for many things but we're not known for our colorful parrots. 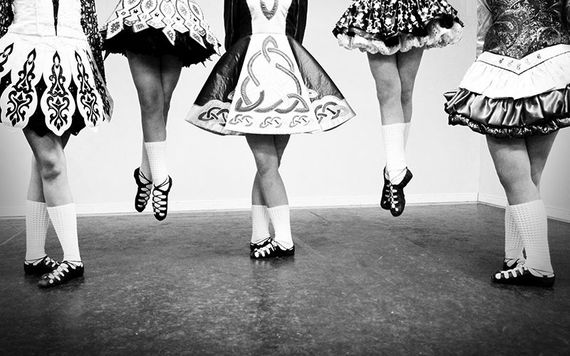 Are the dresses distracting from Irish dance. Image: Getty.

So how and why this show-stopping razzle-dazzle took over the whole Irish dancing world would make an interesting study for a sociologist. But it isn't making Irish Dancing itself more accessible, on the contrary.

To us, Muggles, the Harry Potter alternative universe of Irish dancing looks increasingly like a weird hybrid of child beauty pageants and intensely competitive combat sports like kickboxing. Beneath the flashy, friendly exterior lurks a hyper-competitive subculture that will increasingly stop at nothing to gain an edge and a winning result.

That crazed focus on winning certainly speaks to the wider world, where the anxiety over winning and losing has grown as the middle-class economy shrinks. But do we really want to project that kind of anxiety onto impressionable young girls (and it is predominantly young girls who have targeted by this Stepford-like conformity) just as they're beginning to come to terms with the adult world?

Boys have mostly escaped this transformational costume craze because, largely, we seem to trust boys to make their own way in the world. Girls are a different story. Girls need our help apparently. They need costumes and giant wigs and spray tans and extensive wardrobes. We need to hide them beneath multiple layers of pan stick and polyester if they're to stand a chance on the stage on their own. It's 2014 and this is the message we're sending around the world?

It isn't just the dresses though, is it? As IrishCentral has been documenting for days, there's an ever-growing culture of bling that has arrived to separate already strapped parents from their hard-earned cash in increasingly over the top ways. 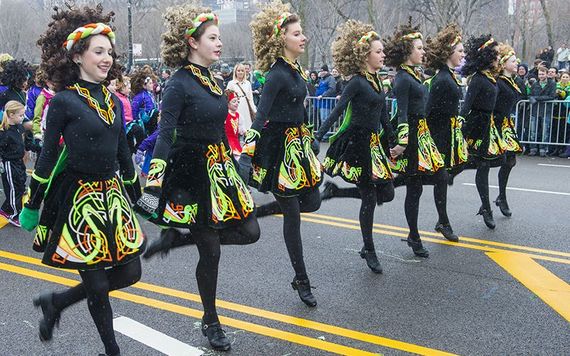 Do you agree with Irish dancers wearing wigs? Image: Getty.

Most people hate the wigs before anything else. Imagine if Shirley Temple had her DNA spliced with a Shetland sheep and you'll only start to approach this spaced-out tumble of ovine ringlets. There are drag queens who would think these wigs are over-the-top. The fright wigs were an early harbinger of the horrors to come.

How did otherwise stable parents look at these things and decide they were the best option to give their daughters a competitive edge?

No sooner are they bought but we are told these wigs will need their own colorful traveling cases, which is another expense. Festivals require hotel rooms and travel arrangements, which is even more expense. It's not surprising there's an underground network selling previously owned Irish dance dresses. Families have to eat, after all.

But where we should ask, is Ireland in all of this? Does it matter? Shouldn't it matter? Has anyone thought to ask?

Donegal is an Irish county that's internationally famous for its craftsmanship in tweed making, linen and knitwear. For centuries the patterns produced there have been so subtle and so well made that nowadays they're revered as far away as Tokyo. Real Irish design tradition, in other words, has nothing to do with these flamboyant, flashy Irish dancing fakes.

No one can doubt the passion and commitment of the young Irish dancers themselves. That's never been in question, nor should it be. But perhaps, for the continued health of the dance and for the young people who live for it, it's time to focus on Irish dancing as an art rather than a sport.