There has been much written about how influential broadcaster Gay Byrne was in changing attitudes here in Ireland.

Indeed he was, as were other factors in the 1960s and 70. We forget how very different things were in the 1950s and in the preceding decades.

What brought this to mind are old prayer books I came across lately. They give a great insight into the type of religion that was taught in the past.

Examples abound in this prayer book for Catholic mothers: “O Blessed Virgin., talk to God for me. Tell him I am a poor ignorant creature, full of nothing but sin and misery. I now accept, most willingly and lovingly, whatever trials, crosses, temptations, humiliations, afflictions and death that it may please Him to send me. Do with me whatever Thou whilst, only grant me the grace of perfect resignation. Amen.”

Can you imagine our daughters reciting this prayer today?

Those of us aged over 55 have lived through interesting times. We were the very last generation reared in an Ireland where the church dominated our entire lives. (I am not being anti-religion here at all, I’m merely stating facts.)

Like our parents and grandparents before them we were taught that everything that happened to us was ‘the will of God.’ We were to obey the rules of the Catholic Church, be ‘pure and holy,’ or else!

Television hadn’t yet arrived so we knew nothing about life, out there, in the big wide world. However, we knew everything about the NEXT world. Back in the 1950s, Heaven and Hell seemed MUCH more real to me than Canada or Australia.

I knew that “Heaven is a place of perfect happiness where the blessed see and enjoy God forever. Eye hath not seen, nor ear heard, nor hath it entered into the heart of man what things God has prepared for them that love him.”

And I knew that “Hell is a place of punishment in the next life where the wicked undergo everlasting suffering with the Devil and his angels. They suffer dreadful torment, especially that of fire – for ALL eternity.”

The fires of Hell had ferocious power over many of us.

Transmission on Radio Éireann ended (after the sponsored programs) at ten o’clock in the morning and didn’t resume until dinner-time. Our mothers, at home, had no radio to broaden their minds, no outside influences to alter their outlook.

The church was heavily involved in the making of all the laws of the land in relation to married life, censorship and more. The local priest was the chairperson of every drama and sports club. He was also the sole manager of every primary school. The Catholic Church had an enormous influence on every aspect of our lives, throughout our early formative years.

And then, the world changed completely. No other generation experienced such a change of values as we did, just as we began our independent lives. There were various reasons for these massive changes in the 1960s and I believe that television was one of them. For the first time, we were able to see how the rest of the world lived. We were exposed to other opinions, new ideas.

Radio Éireann finally began broadcasting in the morning, after the sponsored programs ended. In 1973, Gay Byrne spoke to the housewives of Ireland, on his radio show. He quickly built up a huge audience of women who trusted him.

They wrote to him, in their hundreds, telling him about their lives – about living with a dreadful mother-in-law, about husbands who only washed themselves once a week, about all the back-breaking work they had to do on farms and about being pregnant over and over again.

One such woman wrote recently, “I felt less lonely, listening to Gay Byrne. I felt I was part of a wider world. My previously limited opinions changed, as I heard another viewpoint.”

Women trusted him with their secrets. And he listened. 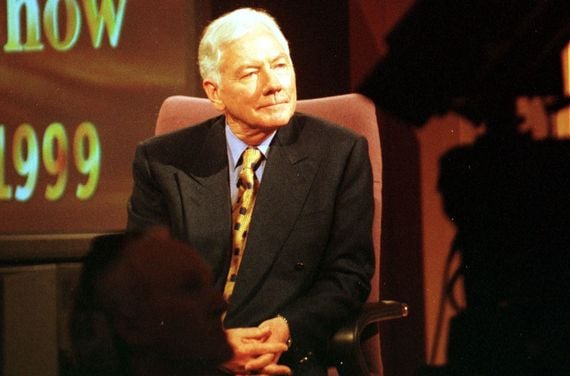 As the years passed, more subjects were aired and spoken about on this program and on "The Late Late Show"–subjects that had never been discussed before. We heard terrible stories about hidden Ireland, where many were not ‘pure and holy’ at all.

A big turning point in our attitude towards the church was in the area of contraceptives. We were NOT going to have huge families like our mothers. Whilst I had obeyed every other rule of the Catholic Church, I choose to ignore their ban on artificial contraceptives, as did most young women my age.  And having done so - we began to think for ourselves about other areas of our lives.

When the awful scandals regarding the clergy were unfolding I was terribly terribly shocked. While I pray daily to my God, I have become ‘collapsed Catholic,’ like many others here in Ireland.

Did you have a similar experience in Ireland growing up? Let us know in the comments section, below.