A child’s Christmas in Ireland in the 1960s

The magic of the run-up to Christmas for one small girl and the excitement of waiting for Santa Claus on Christmas Eve. 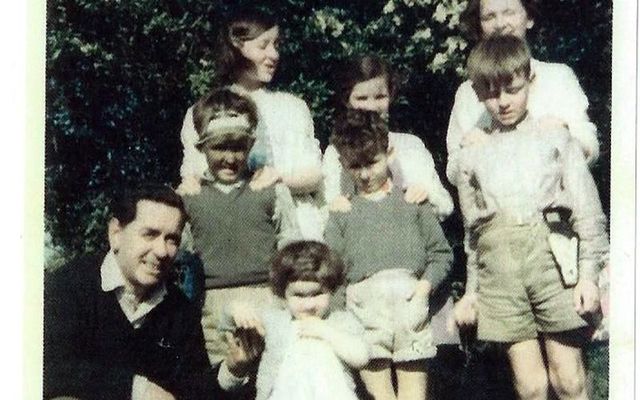 Some of the family gathered! The excitement of Christmas meant we wouldn't sleep a wink! It was all worth it. Jean Farrell

The magic of the run-up to Christmas for one small girl and the excitement of waiting for Santa Claus on Christmas Eve.

Christmas began for me, as a child, when the Christmas annuals were displayed in Walsh’s window, halfway up Connaught Street, in my hometown Athlone. 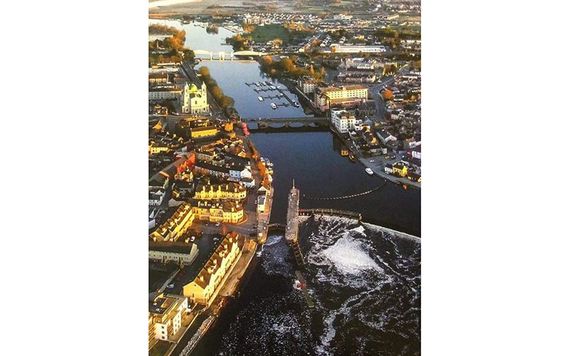 Athlone, Westmeath, seen from the air.

They were there with the Mecanno sets and the cowboy suits.  Boys, in their short trousers coming home for school, crowded around the window.  “I’m getting that and that and that”, their wild expectations far exceeded the realities of those Christmas times.

In our house, in O’Connell Street, the ten of us each got a Christmas Annual and we all read each others.  The twelve days of Christmas were spent reading Brothersnnuals, “Bunty”, “Judy”, “The Topper”, “The Beezer”, “The Beano”, “The Dandy”, “The Hotspur”, “The Valiant”, “Jackie” and others.

Dinkys, miniature cars, were very popular in the late 50s and 60s. Long before Christmas, my many brothers would get the Matchbox and Corgi catalogs. They loved studying these in great detail, especially the more expensive Corgi models.

Airfix self-assembly kits were very popular and good value too, in terms of the enjoyment making them -  planes, helicopters, and ships. It tied nicely into that post WW2 era when the British promoted their war-winning propaganda in comics like the Hotspur and Victor.

Saving for Christmas began in September.  We all had our red tin money boxes, which got heavier and heavier as December approached.  We sat at the kitchen table, the evening before we did our big Christmas shop, with a knife each and our heavy money boxes.  It took ages for all the coins to slide down the blade of the knife and we loved to see all this money appear—our very own money! 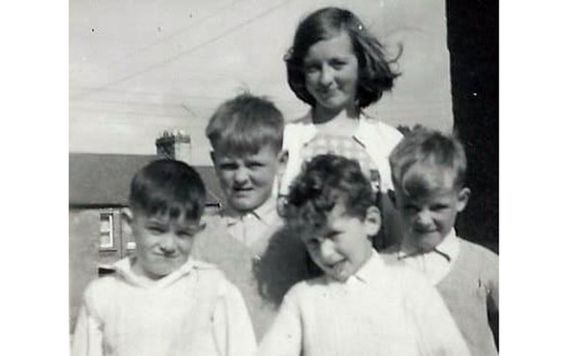 A young Jean Farrell with her young brothers.

Those magic days before Christmas were spent in the bedroom wrapping presents - days full of great anticipation.  We discovered that there is as much joy in giving as receiving,

Then it was Christmas Eve, in the kitchen with Santy himself on the wireless, direct from the North Pole.  Lovely smells of different foods being prepared, like sherry trifle and stuffing, amidst great fuss and excitement. Our best clean clothes being ironed as Santy continued to read out letters from children all over Ireland—faraway places we never heard of, like Ballybunion and Tramore.

And then Santy was actually leaving the North Pole—leaving to come to our house.  Fuss.  Excitement.  Anticipation.  Magic!  Pure magic. 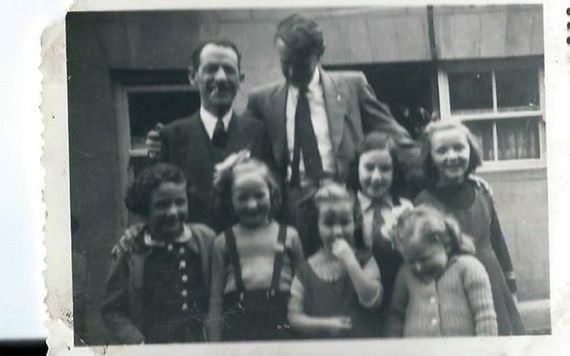 All the family together!

I was always delighted to be part of a big family at Christmas.  This was one time of the year when anticipation was almost as good as realization.

Christmas Morning.   “Get up, it’s Christmas!”  Early Mass, cold crisp air, other Masses going on at side altars, visit the beautiful crib, Baby Jesus born, home for breakfast.  Then, and only then, being allowed to enter the sitting room, where we saw the decorated Christmas tree for the first time and where our presents lay.  How sad to be an only child on that precious morning!  “Look, look what I got.”  Look what I got.” “Look, look, look”.  Delight all around.  And then the rush to the kitchen to show Mammy and Daddy the wonderful presents Santy had brought us.

It was heaven then, it is heaven now.

To every busy mother and father, already worn out with all the work to be done, be aware that you are creating memories - memories your young children will always have of happy days filled with wonder and magic.  Take heart!

Read more: Irish foods emigrants miss and crave the most at Christmas time