White-hot essay contest and the issue of white privilege

The fact is that in Westport, CT, one of the wealthiest suburbs in America, and 93 percent of the residents are white. 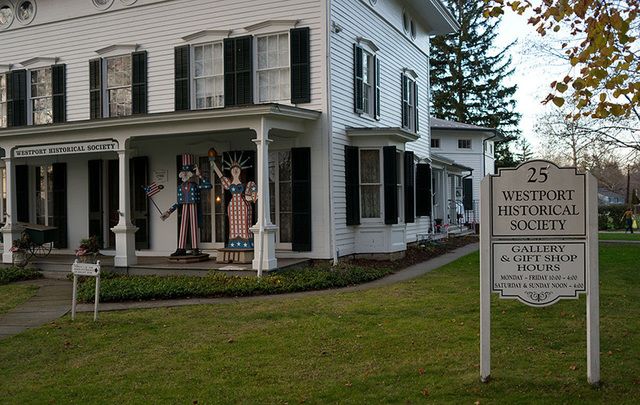 An upscale town Connecticut made the headlines recently when an essay contest for local high school teens asked them to write about “white privilege” and what it meant to them.

With a population of 26,000 and a median household income of roughly $150,000 a year, Westport locals were pretty much the definition of it, some observers contended.

Certainly the town is far from a model of racial or economic diversity.  In fact it’s one of the wealthiest suburbs in America, and 93 percent of the residents are white.

As reports made clear, the students were comfortable responding to the given assignment. It was their parents who objected to what they considered a provocative question. It turned out they bristled at the idea that their race could have played any part in their success.

Soon the media began to take note of the growing controversy. On the town’s Facebook pages outsiders began to post disparaging remarks about the town’s commitment to diversity, when in fact it had voted two to one in favor of Hillary Clinton over Donald Trump, locals said.

Still smarting from a divisive election, outsiders and the media were now conducting impromptu “purity tests,” some locals contended. The essay itself is nothing more than race baiting, others claimed.

The question originally posed to the teenagers was straightforward enough, however. “In 1,000 words or less, describe how you understand the term white privilege.  To what extent do you think this privilege exists? What impact do you think it has had in your life -- whatever your racial or ethnic identity -- and in our society more broadly?”

Responding to the overwhelmingly white demographic makeup of the town, which is located about 50 miles from Midtown Manhattan, Westport had created its own diversity committee in 2003 to make the place more welcoming to potential residents. The diversity group was behind the essay contest, and their intent was to get people to consider the demographics of the town. They certainly succeeded.

With its prominent arts community and its well known liberal bent, the very idea that the town was not inclusive was offensive to some. Was the question asked to prompt discussion, or apportion guilt and cast aspersions some wondered?

On a popular local blog commentators argued both sides, with some critics of the essay seeing a sinister agenda at work.

“You need to come up with something besides white privilege,” the commentator wrote. “It is only offensive and divisive when used. You could apply the word privilege in your terms to any race or culture to a certain degree. This country happens to be a Caucasian majority.  We did not ask it be, it just is, so to a certain degree we must live within that.

“Each community tends to deliver services and products that benefit the majority of people living there. I would not expect a predominantly African American community to carry products that would fulfill my needs and that is okay.

“What is your goal? What is the end game? Will every town be a cookie cutter standard with equal amounts of races living together, every store caters equally to all, no person has more than the next guy. We all have equal space?”

In a moment of resolution worthy of a Hollywood screenwriter, last month a black teen won first prize in the town’s now white-hot essay competition. Staples High School sophomore Chet Ellis told the press he had never given much thought to white privilege until he moved to the upscale town.

“As a black teen in Westport, race issues in and outside the classroom are unavoidable,” Ellis he wrote in his winning essay.

“One afternoon at track practice, some white friends were discussing how hard it would be to get into college and then out of nowhere one said, ‘Chet you don’t have this problem because you’re black.’  I was stunned and mumbled something instead of firing back, ‘Your parents are third-generation Princeton and your father runs a hedge fund and yet you think my ride is free?’”

Ellis, the son of a black Columbia University professor and a white University of Hartford sociology professor, told the Daily News that he would like to pursue a career in law or social work to help people.