Directing the big screen adaptation of Emma Donoghue's The Wonder (now playing on Netflix) was a challenge Sebastian Lelio readily admits, but it was an opportunity too. 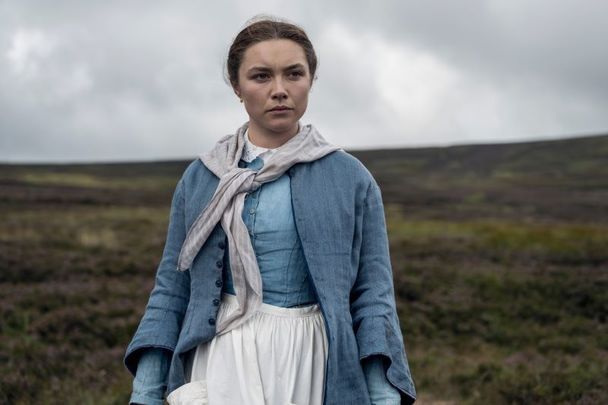 Florence Pugh in "The Wonder". Netflix

Director Sebastian Lelio hails from Chile, but he portrays Ireland and the Irish onscreen as though he was native-born.

Directing the big screen adaptation of Emma Donoghue's The Wonder (now playing on Netflix) was a challenge he readily admits, but it was an opportunity too.

“When I read the novel I had an emotional connection with the journey of the English nurse right away, this rational, scientifically minded modern woman who arrives to this rural community where there's a lot of religious fervor, even fanaticism,” Lelio tells the Voice.

The nurse, called Lib Wright (played by Florence Pugh), has come to study an eleven-year-old Irish girl called Anna O'Donnell who, we discover, has lived for forty days and nights on what she says is manna from heaven alone.

“Initially the nurse thinks she's going to uncover the whole hoax in about ten minutes, but it doesn't happen like that,” Lelio says. “In the process of trying to connect the dots and understand what's really happening she falls in love with this girl maternally and she ends up doing the wildest things to save her.”

Lelio found Lib's personal journey incredible and an incredible role for a great actress. “The connection between the nurse and the girl was so unique and rarely seen in a film, I thought.”

The story also has a sort of Western quality to it Lelio admits, where a stranger, a foreigner - and an unwanted English one at that - arrives to a rural community at the worst possible moment to go to Ireland (just a few years after the famine). “Worse, she initially has this sort of intellectual superiority about her, she's almost like a detective trying to analyze the dynamics of the place.”

One of the things that 'The Wonder' is about is the power of stories. You have to be careful not to get trapped on one, the film reminds us.

“Narratives are dominating the community,” explains Lelio. “So one of the things the film is about is the correlation between belief systems, and in this case religion in particular. The 1860's Catholic view of the universe is colliding with the scientific narrative, which could also be understood as a different story as a way of reading reality, as a way of interpreting a universe that might or might not make sense.”

The film explores the way the unchanging truths of religion can become political power. “I suppose that's the definition of fanaticism, which is everywhere in the world of 2022. That's what we're going through now. Because of social media, you blink now and ten more million people believe that the earth is flat, or follow another stupid leader or stupid cause. Everything is multiplying in numbers that are terrifying.” 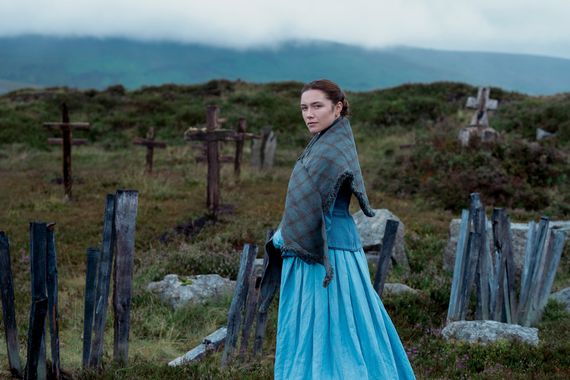 Florence Pugh in The Wonder

Lib in the novel and the film is first and foremost a scientifically minded character, she has a sort of intellectual elasticity, which is probably the opposite of fanaticism Lelio explains.

“What makes The Wonder very now is that we are precisely in the moment where fanaticism is colliding with the attempt of trying to learn to live together. And this is not a frivolous thing, because if we don't find a way to live together, we might disappear. So it is serious stuff.”

In the world of 'The Wonder', now as in the 19 century, the road for women and for gay men always seems to lead eventually to a table full of straight dudes with the power of life and death over you. Men who will proceed to judge you. Lib has to explain herself. She's called to account again and again.

“So I do not know those dynamics. And I'm not saying that Ireland wasn't under a dictatorship. I'm just saying the power dynamics where there was something universal there. And that was how I found my way and made my connection.”

'The Wonder' is now playing on Netflix.