The light America once represented to the world has gone out

"I still like to think of that dream of America now that it feels as lost to me -- and if I’m honest, to itself." 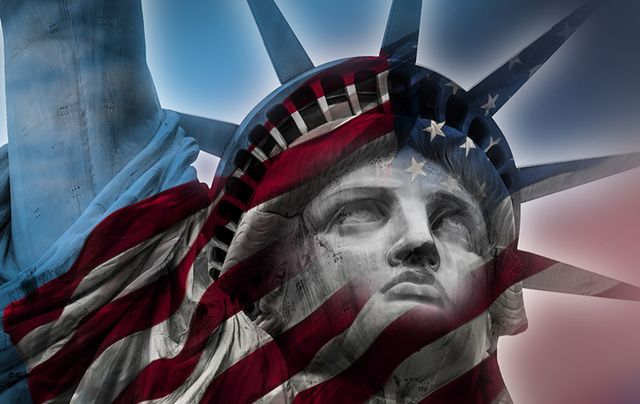 It was an event when the Yanks came home for a visit. The taxi would arrive in the afternoon or late evening and they’d step out beaming at us. Stiff handshakes were exchanged in greeting more often than hugs because we were Irish and at the time we didn’t go in for that physical stuff.

“Well, hello,” my American aunt would say, “my goodness you’ve grown another foot since last time.”

She was always quite formal and measured in her interactions. It’s because she was carefully weighing everything she did. Then she’d turn and take in her old homestead and note all of the changes with most cursory glance.

The house was a hive of activity. Dinner was warming in the ovens, my stay at home unmarried Irish aunt was going over the last minute domestic arrangements, our dogs were elated by all the visitors and even the taxi driver was welcomed in for a quick cup of tea.

My father, who seemed to me to belong to an earlier era, would appear for a few minutes to shyly greet the visitors, as he shyly greeted everyone, being a lifelong introvert and not given to small talk.

It was hard for me to tell if he was pleased or perturbed by their arrival to be honest, because his face quickly settled into a mask-like smile. It was like the idea of a smile rather than a smile. He preferred to nod rather than speak.

A man can settle into a familiar pattern in his life, and when it is disturbed by others he can flail about a bit like a just caught fish. That was my father. One degree of variation could seem to unmoor him, leave him backing away from whatever was he thought was new.

People didn’t notice the change the visitors worked in him because people rarely see what’s in front of them. But I couldn’t help noticing and I was a little annoyed at him.

How bad could it be? Can’t you just make an effort for an hour I thought?

It’s only when they opened all their suitcases that I knew they were really home. Their contents smelled like America to me: the America of fabric softener, creams and lotions, shampoos and make up, perfume, gels and hairsprays.

All of it was foreign and all of it made our familiar rooms starts to look and smell strange. The atmosphere had changed and we were changed by it too.

Individually they looked a bit like our clan, my cousins, but they dressed differently, talked differently and it quickly became clear they thought differently too.

Everything seemed mildly hilarious to them, from the big buttons on our phones to the eccentric Irish plumbing arrangements, to the much too ambiguous difference between hot and cold water in the baths.

If they were older they would settle into the old rhythms of home easily, but if they were young and first generation Americans they could look like they hand just landed on the moon.

Chatting excitedly, we would pick up each other’s phrases very quickly. My cousins would try out our vivid Irish swearwords and in exchange they would gift us “cool” and “awesome” and “gross.”

My Irish friends who didn’t have Yank cousins were always a little jealous of all the glamour of their arrival because back then America was still cool and awesome.

It was still a place that Irish people aspired to visit and to live in. It made cool movies, it had awesome cars; it had skyscrapers and Springsteen and Prince and Michael Jackson.

Back then when my cousins would ask me if I wanted to live in America I would always immediately say yes, but they might as well have been asking me if I’d like to live in Disneyland.

Because back then America had far less reality to me. It was still an aspirational place, a dream in the head, not a country on a map. It meant variously eternal youth and endless summers, it meant rock and roll and Playboy and Life.

And I still like to think of that dream of America now that it feels as lost to me -- and if I’m honest, to itself -- as Atlantis.

A light has gone out that once guided the whole world. That light is the Statue of Liberty’s torch.

Last week it actually failed, casting the statue into darkness, but the truth is it has been wavering for decades. America will only be great again when that light and the welcome it represents are rekindled.

Read more: When the American dream tragically failed my grandparents