Ready to scratch your bleakest and most misanthropic itch? How about Colin Farrell's new drama The North Water, coming to AMC+ network on July 15. 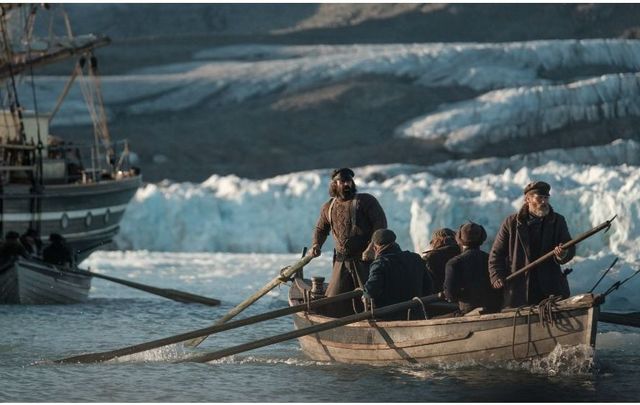 Looking for a new TV mini-series that makes Game of Thrones look like The Brady Bunch?

Ready to scratch your bleakest and most misanthropic itch? How about Colin Farrell's new drama The North Water, coming to AMC+ network on July 15.

Over five increasingly unsettling episodes with catchy titles like To Live Is To Suffer, we will follow Farrell as Henry Drax, a hulking 19 century English sailor on an Arctic-bound whaling ship, who kills seals, bears, whales, and people as easily as he draws a breath.

For this screen role, Farrell dons wide leather coats that accentuate his shoulders and, I suspect, some prosthetics that hide his handsome face beneath facial scars and a giant beard. It's not the kind of look a Hollywood A-Lister actor willingly signs up for, so it's certain Farrell was attracted to the book of the same name by Ian McGuire and the resultant script.

Onboard ship Drax squares off against the kindly but not entirely forthright physician Patrick Sumner, played by the gifted Jack O'Connell. Sumner claims that he has inherited a substantial property in County Mayo, but then some shadowy relatives came forward to dispute his claim. To keep himself in clover whilst the case goes through the courts he has decided to join the whaling ship on its perilous voyage, taking a position suspiciously far below his pay grade and status.

The story kicks off in the port town of Hull, England in the late 1850s. First, we meet Drax mid-coitus with a sex worker, then we follow him as he gets into a series of increasingly intense confrontations leading to murder.

What sort of man is this? A self-interested force of nature, apparently. Someone who has no morals or ethics, only appetites. Drax tumbles through the world like a plague, strewing corpses in his wake and being careful to ensure they're not his own. 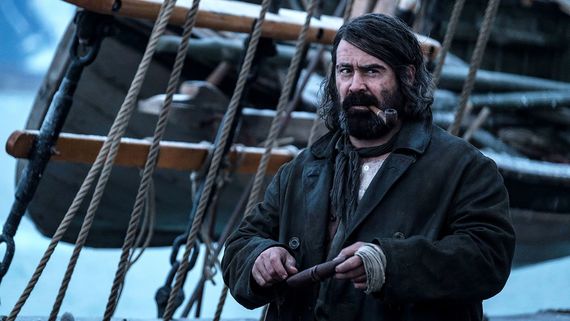 Colin Farrell is almost unrecognizable as the villain Henry Drax in The North Water.

It's not the sort of role we have often seen from Farrell, meaning it's the darkest material of his career. The TV show departs from the excesses of the book, at least at first, but the message is maintained. Without spelling it out the clash between Sumner and Drax is the wider conflict between good and evil, but in this story, mere survival is the goal, not the gaining knowledge or personal transformation.

The show doesn't make it a black and white clash, thankfully. Sumner isn't telling the truth about his past. There is no big Irish inheritance, he's really a disgraced army deserter whose selfish decisions are the reason he survived. So what unites these two very different men are their vices, which although very different are no less consequential for those who cross their paths.

It's an interesting premise, at the root. Is it better to be lucky or good? Are the evils of this world and the triumph of the cruel and the stupid inevitable? Is being clever and moral a hindrance to your progress in life, taken on its face? 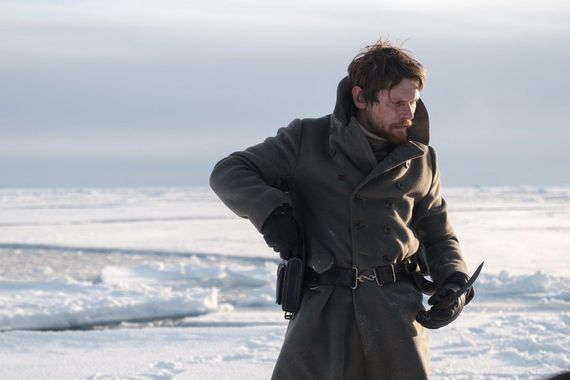 Jack O'Connell as Patrick Sumner in The North Water

What The North Water nails from its opening scenes is the weird sterility of the world of macho men, who left to their own devices will wear themselves out with drunkenness, competition, and cruelty. The pacing is as leisurely as the ideas being considered are unsettling.

In fact, the first episode is so literally dark that occasionally you will have to adjust your screen settings if the depressing subject matter on offer here doesn't tempt you to find the remote.

As the show sets up the larger philosophical clash between these two very different kinds of men, the side plot involving a secret scheme to sink the crew's whaling ship The Volunteer, and claim all the insurance commences.

At root, though the message is clear, the murderous trade that these men pursue, killing defenseless seals with pickaxes and gentle whales with giant harpoons, has slowly turned them into monsters. Machine-like in their mayhem, they only come to life in the act of destruction.

The North Water has interesting things to say about the kind of ruthless men who built the British Empire, about their racism, homophobia, class snobbery, and cruelty, but it could have taken much more time to flesh out its characters, who mostly emerge as ciphers for the author's ideas, rather than people in their own right with compelling histories and goals.