Love is a serious business, and no one in post-independence Ireland understood that better than the criminally neglected playwright Teresa Deevy. 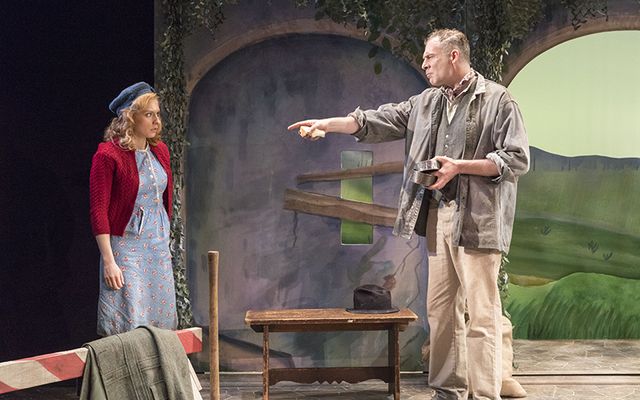 Sarah Nicole Deaver and Aidan Redmond in The King of Spain's Daughter.

Love is a serious business, and no one in post-independence Ireland understood that better than the criminally neglected playwright Teresa Deevy. Cahir O'Doherty attends four of her short plays currently performing in New York City and acclaims both them and the hard work of Mint Theater Company artistic director Jonathan Bank, who has worked tirelessly to restore her international standing.

Accounts differ about why it was that a playwright as manifestly gifted as Teresa Deevy was suddenly overlooked by the Irish theater world in the late 1930s, when the Abbey dramatically and finally stopped producing her plays.

The shorthand answer is that there was a change of leadership at Ireland’s national theater that coincided with the comely maidens’ conservatism that was suddenly sweeping the nation, two psychic changes that were completely at variance with the challenge offered by such a spirited author.

But it’s Deevy’s plays themselves that give the clearest answer. They ask you for your complete attention, they ask you to actively participate, they ask genuinely uncomfortable questions and they often give unsettling answers. Deevy held a bright polished mirror up to Ireland and its establishment, in other words, and it likely balked at what it saw reflected in her work. 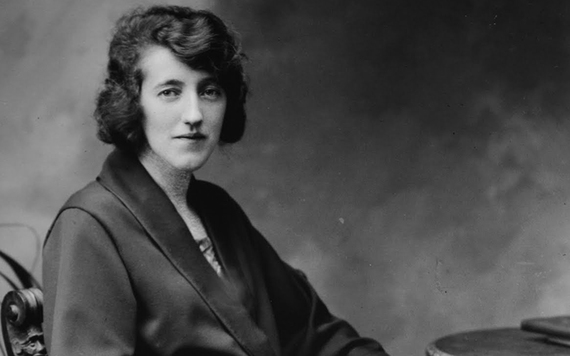 Like Oscar Wilde, she seems to have been a citizen of a time and nation to come but not yet arrived at.  We are still learning to become her contemporaries.

At her best Deevy’s plays unmask how seen and unseen oppressions can conspire to silence people, how unforgiving attitudes and prejudices can do life changing violence to minds and spirits, especially to the minds and spirits of women in this new found Republic.

At all events her journey from public acclaim to obscurity and then back again to public acclaim (her play Katie Roche is being produced on the main stage of the Abbey this month) hasn’t been rapid for this singular Irish playwright.

For over 80 years her remarkable works were completely neglected. In fact, for the remainder of her life (she died in 1963 at the age of 69) she carefully stored away works that were once widely celebrated in a suitcase under her bed, where they remained unperformed and unseen for decades after her death, although they were carefully protected by her relatives, who never stopped believing in her talent.

Deevy’s preoccupations are the same as Shakespeare’s; she explores the fate of love. What unites the four one act plays by the playwright now playing at the Beckett Theatre on Theatre Row in New York City is her lifelong consideration of how love and its attendant complications can make or unmoor a life.

There were few other Irish theater writers of the period so alert to the promise and perils of romance, in particular when it came to the lot of women.

Suitcase Under the Bed is the name Mint director Jonathan Bank has given the collection of four plays, because when he met with her surviving relations in Co. Waterford in 2010 he was told that’s where she kept her work.

The Mint scours the world for well-made but neglected plays, creating new life for them by mounting productions that, on occasion, can lead to a complete international reappraisal of the author.

No rediscovered author has created more excitement than Deevy. In 2010 the Mint reintroduced her to the world with a New York staging of Wife to James Whelan, a remarkably fresh exploration of how inequality damages both men and women.

In the following it years it staged Temporal Powers and Katie Roche, arguably her strongest offerings. It was Bank’s relentless focus on her plays that got the ball rolling.  Even in Ireland, where periodic revivals of her most celebrated work periodically happened, no one had labored to mount the retrospective that Banks has.

Suitcase Under the Bed begins with Strange Birth, a play set in a boarding house populated by the lovelorn and the half lost. Sara Meade, 31, is the spirited housemaid who observes all their tussles with Cupid with the grateful detachment of the happily single.

Sara is alert, kind, thoughtful and compassionate, but she draws the line at love. Having witnessed the emotional wreckage all around her, she’s determined not to fall victim to the heart’s wild longings herself.

But her resolve is tested when a letter arrives for her that’s been secretly posted by her own postman. It turns out that Bill (the letter carrier, played by Aidan Redmond) has developed a crush on her and wants to make her his wife.

In other hands this would be a light work and mostly comedic. But Deevy understands what a trap door of impending nuptials can open under working class rural Irish women of the period, and she gives real menace to what might otherwise be seen as the opportunity of a lifetime.

Who has power and who must forfeit it, who calls the shots and who answers them, are paramount to her always. Her heroines are more than pretty ciphers tilting at a happy ending -- they’re living breathing Irish women who know in their bones that they cannot and will not be underlings to anyone.

Strange Birth concludes with Sara contemplating her unexpected future. Bill has already told her he could have his pick of a hundred women, and we understand that kind of opportunity is his alone. What starts as a joyous proposal becomes something much darker by the plays end.

In the Cellar of My Friend is another play where love and marriage begin by offering a shot at happiness and end by offering uncomfortable insights into the society that makes these matches, and Holiday House is a comedy where old flames settle old scores. Both plays are animated by a keen intellect that deconstructs social hypocrisy and convention even as it seems to be following them.

But the night belongs to The King of Spain’s Daughter, a blisteringly powerful examination of a young woman pushing back against the boundaries created for her by men.

Actress Sarah Nicole Deaver is a force of nature as young Annie Kinsella, Deevy’s spirited heroine who in this production is a blond bombshell. She’s funny, sexy and whip smart, the equal of any man. In fact, the play shows us, she’s a much better prospect than any man her town can offer her and she knows it. That’s why she cannot and will not settle.

Driven into her own imagination by the social restrictions of her small town, we see how she works to fool herself by fooling others.

It’s old-fashioned envy that animates her critics. Mrs. Marks, her disillusioned neighbor (brilliantly played by Cynthia Mace) barks at her, “Did you think you needn’t suffer like the rest of the world? Did you think you were put here to walk plain and easy through the gates of heaven?”

For her father (played with coldly restrained menace by Aidan Redmond) the issue is shame. He is ashamed of Annie’s romantic exploits and he uses his force to control her, physically assaulting her with a blackthorn stick.

Annie’s father eventually gives her an ultimatum: either she marries local boy Jim (A.J. Shively) or she must sign up to work in the local factory for five years. Both choices sound like prison sentences.

Shame as an organizing principle, shame as a controlling force, and shame as a sentence are the author’s authoritarian Irish themes.  Deevy accurately foresees how dangerous Irish society is for a woman who will not submit to dominance and she puts it on stage, eliciting an electrifying performance from Deaver in the process.

In the 80 years since the play was written the author’s words and observations have lost none of their power. Do not miss this production.

Suitcase Under the Bed is playing through September 30. For tickets call 212-239-6200 or visit www.minttheater.org.