How the press is failing us over Trump's increasing threats

Donald Trump's threat is real and present, and it's the time the press admits it. 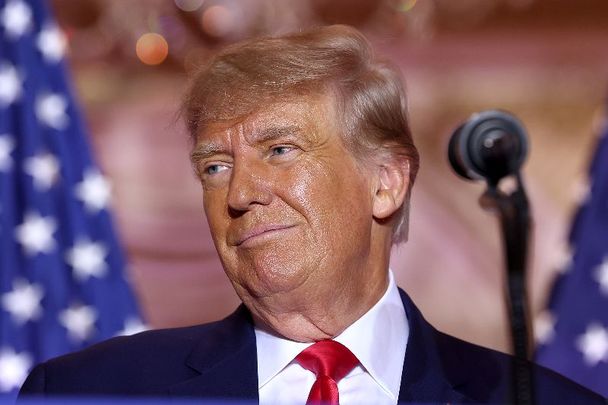 November 15, 2022: Former US President Donald Trump speaks during an event at his Mar-a-Lago home in Palm Beach, Florida. Trump announced that he was seeking another term in office and officially launched his 2024 presidential campaign. Getty Images

The choice before us in 2024 is now very clear, you can have the United States of America or you can have Trump, choose.

It is not the job of the public to regulate the reporting standards in the nation's main newspapers or its broadcast media. We have to trust them to self-regulate.

We expect them to maturely determine what is important to the life of our great democracy, as well as to their own bottom line.

But for decades now the bottom line has increasingly been the driving force of so much of their around-the-clock coverage.

Getting your grandparents enraged in order to maintain their engagement seems to be the winning recipe over at Fox News, that inexhaustible purveyor of angertainment.

Its overarching mission seems to be to scour America for the next book, policy, or even drag show that demonstrates America is under a kind of demonic assault from progressive forces.

This basic angertainment formula has been so relentlessly employed by Fox News that CNN's Jim Acosta has begun referring to the station as the “bull—it factory,” the place where ordinary journalistic standards – like reporting the news – go to die. 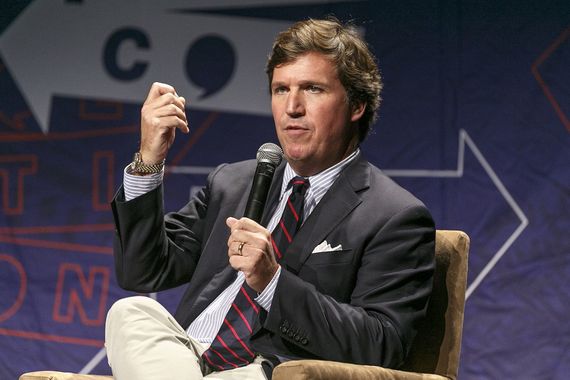 But it's not just the conservative right. On the supposed left, newspapers like The Washington Post and middle-ground mastheads like The New York Times are repeatedly failing us with their own stated mission to report the news that matters most.

This week, in perhaps the most deplorable statement of his entirely regrettable political career, Donald Trump called for the suspension of “all rules, regulations and articles, even those found in the Constitution” to overturn the 2020 election and install himself as an unelected dictator.

By calling on the nation to throw aside its own foundational documents because they get in the way of his ambitions, we can see clearly what kind of man he is and what kind of second term he would try to facilitate.

He makes the choice before us in 2024 very clear, you can have the United States of America or you can have Trump, choose.

January 6, 2021: U.S. Capitol Police stand detain protesters outside of the House Chamber during a joint session of Congress in Washington, DC. (Getty Images)

Can you imagine the uproar in the American media if President Biden or President Obama had ever dared to suggest we overturn our founding documents for their sake? Recall that the biggest controversy of the Obama years was probably his decision to wear a tan suit by way of contrast.

But Trump has committed federal crimes. He has pilfered boxes full of the nation's top secret documents and he incited a violent armed insurrection to overthrow the United States government.

We should only be discussing his forthcoming indictment and probably arrest. He should never be allowed to hold public office here again.

But instead of outrage, we are being met with eerie silence, however. Not one GOP leader has come forward to criticize Trump by name, fearful of offending their own base. But worse, the Times and the Post, two self-described democratic guardrails, have failed to even note his threats on their front page above the fold.

I am an immigrant to this country and a proud citizen, but nothing makes me feel more foreign here than the misplaced complacency about the strength of this country's democratic traditions, which many self-described liberals seem to believe can outface any authoritarian threat.

This is magical thinking. What I learned growing up in Europe (and the north of Ireland) was that every bedrock democratic tradition can be lost in a week or less. Laws only endure if they are respected, democracy can and will break down when enough people decide that elections are rigged or no longer the best way to secure their interests. 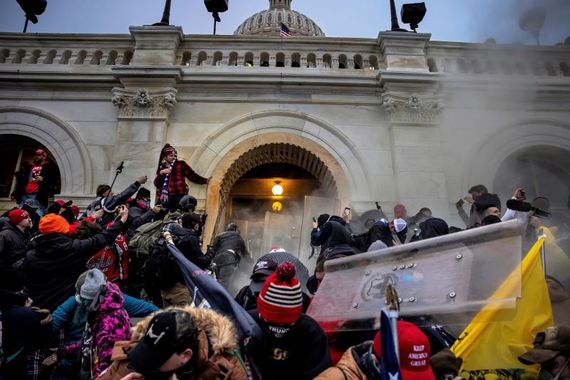 January 6, 2021: Trump supporters clash with police and security forces as people try to storm the US Capitol in Washington, DC. (Getty Images)

So I don't know what America the writers of the Times and Post think they are living in, but I do know that many conservative voters in America are being told relentlessly that they can no longer trust elections to deliver fair and sought-after results.

I know that this means they are being prepared for an authoritarian dictatorship and I doubt the writers of the Times and Post will like the future this portends.

Recall just how many years it took the Times and Post to move on from using neutral words like 'falsehood' and 'inaccurate' to the word 'lie' and you'll realize how unequal they are to the looming authoritarian threat now hanging over us.

In his desperation, Trump has rejected our democracy and embraced open fascism. He breaks bread with racists and neo-Nazis. He is telling the radical right that their time has come. He is not being discreet about it. The threat is present and it is real. It is time the American press admitted it.