The one percent are now looking down on us from space

"Great wealth concentrated in the hands of the few does not trickle down or create great opportunity for the many." 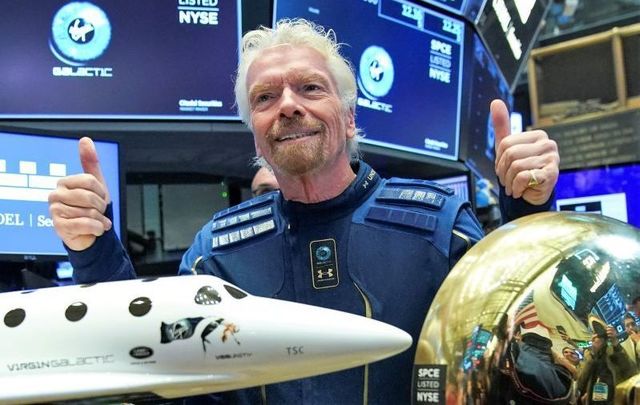 Even when you're a billionaire, you're still not free. That's the only conclusion you can come to about the current grotesque space race between our thrill-seeking billionaires and their multimillion-dollar rocket ships into space.

Giving North Korea a run in the obsequious toadying stakes McGowan, who sometimes sounded like she had just been deprived of oxygen herself, announced “it's the new space age!”

Well, it is if you have a spare $28 million behind the couch to buy a seat onboard. Orbitz ticket buyers will likely have to wait just a little longer perhaps.

There are no words to describe the feeling. This is space travel. This is a dream turned reality https://t.co/Wyzj0nOBgX @VirginGalactic #Unity22 pic.twitter.com/moDvnFfXri

Branson has come a very long way from signing new wave bands and selling records in his own high street shops in the 1980s, but we should probably be more worried than we are that the super-rich are so busy dreaming of epic new ways to escape the planet.

After the flight, the clearly intoxicated Branson gushed: “We are so lucky to have this planet that we all live on. We all should be doing whatever we can to helping this beautiful planet. I will devote the rest of my life to doing that.”

The Beatles were saying something similar back in the 1960s. It's odd that it took Branson until 2021 (and a trip to space) to appreciate the fragility of our little planet. Didn't he ever listen to any of the music he was selling? Will he be investing his billions in efforts to curb global poverty now?

'Richard Branson’s Virgin Galactic Flight Opens Door to Space Tourism' crowed The Wall Street Journal. Eh, no it didn't. Don't let the news reports gaslight you like this. Passengers probably won't be lining up at JFK for a quick earth orbit until your grandchildren are having children of their own. Or even then.

Only in America is this kind of utter self-delusion even welcome or possible. The halo effect that says 'well if he can do it, then by golly, so can I' is simply a mirage.

For decades, Branson has more money than he knows what to do with. That does something to a person. That money has allowed men like him and Elon Musk to fulfill their boyhood dreams of becoming Luke Skywalker, but not much more.

Have you ever taken a trip in one of Musk's famous Tesla cars? The fun starts just trying to get into it. The door handles require a counterintuitive (but so cool) touch mechanism that makes the handles appear in a bit of gee-whiz theatre.

Then the driver's dashboard is supplemented with the biggest iPad you have ever seen, giving the experience a bit more Star Wars and less Uber to your next appointment (which is how I got in).

Getting out again is even trickier. Does this exit button operate the window or the door I wondered? I mean, they're right beside each other. It wasn't long before I was rolling down the windows instead of opening the doors.

But that's the thing about self-indulgent technology, it looks great but isn't strictly functional. If a Tesla car is this much unnecessary trouble to get out of, I wonder about the success of his upcoming space mission. 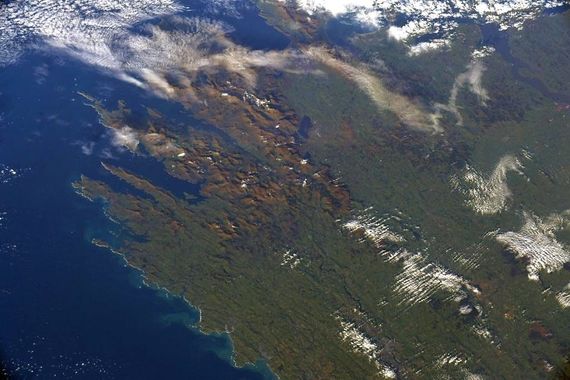 A view of Ireland from space.

Supporters say these billionaire boys playing at Flash Gordon will be the first wave to break the bonds of gravity and allow us all into space. But that's just PR. This isn't a 19-century effort to connect the American coasts by rail, it's a 21-century boys' own adventure for grown men who want to see and experience space because they can.

If you're deluded enough you can try to convince yourself that this is a post-Renaissance grab at a new age of space travel and galactic exploration, but if you take the rainbow glasses off, you'll likely see it for what it is: a reminder that great wealth concentrated in the hands of the few does not trickle down or create great opportunity for the many. It really just allows the one percent to look down on us from space.