America, the richest country in the world, is one of the most unequal in the distribution of its largesse, with the top one percent owning 70 percent of the wealth. 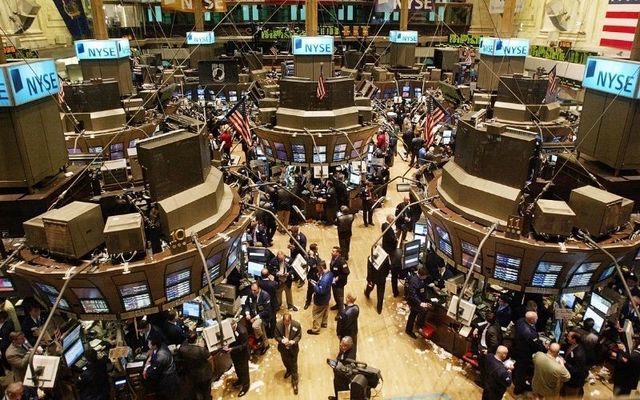 More than half of American households have no investments in the stock markets, despite record growths in recent years. Getty

LATE in 2018, Pope Francis filled St. Peter’s Basilica in Rome with almost 6,000 poor people and preached to them in words that Karl Marx or Vladimir Lenin would have applauded. He pointed the finger of blame for the evils of poverty at greedy and selfish people “who feast on what, in justice, belongs to all.”

These radical words, fully in line with traditional Catholic social teaching, bring to mind a statement by Pope John Paul II, who many historians applaud as the main driving force in bringing down the ailing Communist system in Russia and its Eastern European satellites. Reflecting, later in his life, on the rampant consumerism engulfing the West with all its attendant poverty and greed, he wrote, “I wonder which of the two systems is better.”

America, the richest country in the world, is one of the most unequal in the distribution of its largesse.  The top one percent own 70 percent of the wealth, leaving the bottom 90 percent to claim just 27 percent.  The top earners’ pre-tax income has more than doubled over the past 20 years.

The federal minimum wage has fallen by a third in the last 50 years while worker productivity has risen by 150 percent. Thirty-two million American workers, a whopping 21 percent of the total number of employees, earn less than $15 an hour.

On average, shop floor workers have barely held their own during this period of huge company profits, bringing to mind the Red Queen telling Alice in Wonderland that, “In my kingdom, you have to run as fast as you can, just to stay in the same place.”

In an interesting study on appropriate remuneration for company CEOs, a random sample of people in 40 countries was asked how much larger should the salary of the person at the top be in relation to the ordinary worker.  Respondents who identified themselves as politically liberal said that a multiple of four would be appropriate while conservatives went one better, approving a CEO salary five times bigger than the earnings of their regular employees.

The actual difference in pay comes to a gargantuan multiple of 340.  Nobody has come up with a justification for such an enormous disparity between the typical worker and the man – yes, nearly always a male – in the executive office suite. The cynical answer points to the fact that these decisions are made on the top floor and the CEO and his cronies take very good care of themselves.

Boeing had a dismal 2020 because the pandemic threatened its business. The company announced losses of over $12 billion and revealed plans to lay off over 30,000 employees. Still, the chief executive, David Calhoun, was rewarded with compensation of $21.1 million.

Hilton, not surprisingly, had a very tough year, losing over $700 million and with nearly a quarter of the employees getting lay-off notices. However, the man in charge, Chris Nassetta, received remuneration of $55.9 million.

In the 18th century, the poet Oliver Goldsmith, worrying about the growing inequality he saw in the Great Britain of his time, warned in memorable lines, “I’ll fares the land to hastening ills a prey, where wealth accumulates and men decay.”

The stock market has been roaring ahead to new records every few months, benefiting investors like never before. However, 84 percent of these new assets go to the top 10 percent, and over half of American households have no investment in Wall Street.

Fifty years ago, around 25 percent of workers were members of trade unions in the United States. In those years there was a growing American middle class. Even companies that weren’t unionized had to pay comparable salaries to workers who were organized.

Today, only six percent of American workers carry union cards and employee salaries and benefits have suffered.  President Joe Biden in nearly every speech points to good union jobs as his administration’s top priority and as the best way to again grow the middle class.

We badly need trade union leaders of the caliber of A. Philip Randolph, Cesar Chavez, and Mike Quill to counter the well-financed propaganda of conservative tycoons who have successfully spread the fiction that unions are pawns of those promoting a socialist agenda with corrupt leaders that are only interested in their own aggrandizement.

The Catholic Church should be to the fore in contradicting these lies. In the past, church leaders openly encouraged workers to organize and demand just wages and safe working conditions.

Pope John XXIII’s famous encyclical Mater et Magistra went further than affirming monetary demands by urging that workers should have ownership rights in the company they work for as well as the right to share in the profits they have helped to create – a succinct description of core principles in any socialist agenda. No pronouncements on that vital encyclical from any American pulpit today.

By comparison, in the Nordic countries, 75 percent of the workers are unionized in thriving capitalist economies.  The results are impressive: better wages for workers and guaranteed healthcare plus affordable housing and fair retirement benefits.

Only 14 percent of American workers get paid family leave, and of those that do, the vast majority earn high salaries.  The shameful result sees poor women back in low-paid jobs after giving birth when a decent society would ensure that that they could stay at home recovering and taking care of their babies.

Health care in the United States costs more than twice any other country on a per capita basis. Still longevity in America is well below other Western countries and more than 20 million people have no doctor or hospital coverage.

The American tax system is also grossly unfair which President Biden’s proposals, if enacted, would significantly alter.  In The Triumph of Injustice the authors, Saez and Zuchman, show that working-class people pay taxes at 25 percent and the middle class at 28 percent.

High-earners part with a few percentage points more between federal, state, and local levels, but billionaires get away with paying just 23 percent, again encompassing all levels of government.

This obvious unfairness extends beyond the grave. Taxation on estates used to provide substantial sums for the treasury. Indeed, conservatives often argued cogently that millionaires passing on their riches to their children was a breach of their individualistic philosophy which stresses that everybody should have the challenge and opportunity to grow their own wealth.

Republicans sold the change by sloganeering that nobody believes in what they successfully dubbed “a death tax.”  This bit of chicanery drains the national treasury and creates a body of super-rich families, a new oligarchy when baby boomers pass on an estimated $68 trillion to their heirs.

We are living in a time of crises, especially because of the Covid pandemic. Our heroes are mostly low-paid workers in supermarkets and hospitals who continue to provide a service, despite the enhanced danger to themselves and their families.

In 1982, the famous conservative economist, Milton Friedman wrote that real societal change usually follows a crisis and the actions taken depend on “what ideas are lying around” at the time.

Perhaps this propitious insight will favor Biden’s bold economic program that would go a long way to mitigating the serious inequalities in American society.