Lyra McKee: kindness defined her, we must fight for her memory

Like a lot of gay people, Lyra McKee spent a long time hiding first. Of course she did. 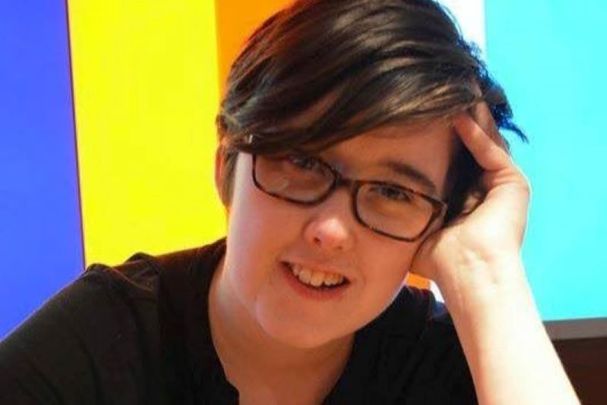 Because she was young and smart she quickly figured out their Faustian bargain: to be that, you must lose all this.

Not enough is written about the unique courage of young LGBT teenagers, I feel. How they often stand alone at the very moment when they are at their most vulnerable.

How, to paraphrase James Baldwin, they must snatch their identities out of a fire that daily rages to consume them.

If they survive that fiery crucible, and not everyone can, then they achieve their own authority. It's an unshakable authority. That was Lyra McKee, the 29 year old journalist murdered in Derry this week.

I did not know Lyra, but I knew her. All LGBT people in the North do. That's because the moment that we come out there we are still being called upon to justify every aspect of our identity and existence to a mostly unwelcoming public.

It's a vetting process that is quite unparalleled. Some don't survive it. No other community has to endure a gauntlet quite like it. No other community there is asked to explain their presence and their purpose to an unsympathetic government, over and over, or explain why they may be deserving of the same legal rights as their neighbor.

So to clear her throat and speak her truth, Lyra had to first clear her life of centuries – millennia in fact – of human ignorance. Just to breath she had to take an axe to a frozen sea. It took her 21 years to tell her mother she was gay.

Incredible courage as Lyra's partner Sarah pays tribute to the 'love of her life' pic.twitter.com/172oKpVLXy

Here's something you may not know. Gay people are often remarkably kind to you because they have experienced so little of it themselves. So they understand its value. They have come to see that kindness in fact requires courage.

People who have never walked in their lonely paths, people who have never had to justify every facet of their existence to a braying crowd, can misidentify that kind of kindness as naivety or worse, never noticing the strength it takes to be so kind because they have never needed to notice.

In the North young gay people still come into their LGBT identities mostly on their own. Even in 2019. If their secret is exposed too soon – and Lyra's was – the penalty is isolation, a sort of social solitary confinement, teenage Purdah. It hurts. It often kills. It's intended to.

Lyra McKee gave a TEDx talk on the impact religion has on LGBT people, and healing that trauma. Referring to Derry as "County LegenDerry" she said "I avoid that Derry-Londonderry thing. I hate that."

We have lost a brilliant queer sister. Rest in Power.https://t.co/0PcfMDlCD1

Lyra was secretly shouldering all this prejudice and hostility on her own as her peers simply worried about what dress to wear or who to invite to the prom. As they fretted about their popularity she was being deputized to fight injustice wherever she saw it. They were typical teenagers, but she was becoming a superhero.

You can see it in her photographs. A life force so strong that's barely contained by her slight frame. Kindness in her expression, patience and friendliness, remarkable resolve too.

My memories of Lyra will always be ones of love, profound joy, and mischievous curiosity. She had a love for the worst chicken wings she could find in Belfast, and she was in her prime, in love with her partner, her work, Derry and her life. What an immeasurable loss. #LyraMcKee pic.twitter.com/mgPo2u4HBS

Here's another secret. Every gay person knows another one who didn't make it. Someone who was daily hounded and jeered at. And just years of this, until they'd had enough.

And the young people who once hounded them into their graves have long forgiven themselves because they always do, and they've long forgotten them too; it's the people who were left behind who live with their absence.

But it's more than an absence, it's an amputation.

Lyra McKee's murder seems so obscene to us because we intuitively know what it has cost us all collectively. We understand that to come into her own she had to fight and fight for her life and then what did she do with it? She turned around and offered kindness and peace and welcome to all who knew her. It's extraordinary.

It's Easter. The ironies are so stark that they repulse me. Let those who armed the gunmen examine their own consciences now.

"I carry this flag for Lyra, an activist, a journalist, and a child of peace." - @MaryLouMcDonald #Derry pic.twitter.com/Np0qtI2k5X

A word about the Creggan, the estate where Lyra was shot. It's a tight knit community, one that is historically badly served by the wider city. Kind and decent people live there, and I will not hear them condemned.

As a piece of urban planing the Creggan estate seems purpose built to isolate and contain the working class community that live there. It has a social center but very few amenities, bus routes are problematic, the police services rarely patrol it, firebombs often rain when they make a visit.

It was not the people of the Creggan that killed Lrya McKee. Yesterday they stood united against the killing as every other person in the city and the nation.

All has changed in #Creggan #Derry - last night journalist Lyra McKee was shot dead on its streets by dissident republicans, today this mural is updated: pic.twitter.com/NFDo5spnfx

They took to the streets in protest because they too understood that the gunfire struck a journalist, a social justice activist, a member of the LGBT community, a wife building her home in their city, it struck someone who literally embodied the brighter future that most of us want to travel to.

And we are not going to endure it. Instead we will stand up for Lyra and for the better future she wanted to help lead us to.