Who allowed the consequential and disastrous sale of Twitter to Elon Musk, an apparently incompetent leader? 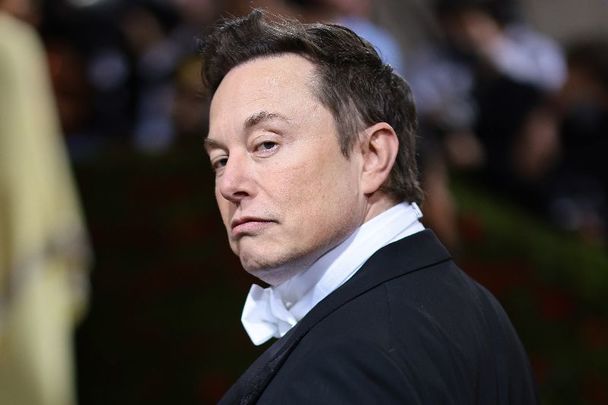 May 2, 2022: Elon Musk attends The 2022 Met Gala Celebrating "In America: An Anthology of Fashion" at The Metropolitan Museum of Art in New York City. Getty Images

Many people are upset at the so-called dumpster fire Elon Musk is making of Twitter, watching him engage with radical extremists as advertisers flee, but far less attention has been paid to the people who allowed him to apparently wreck it.

First of all, let's remember what Twitter was: the most trustworthy breaking news source on the planet, the place where world-changing stories often happened in real time.

It was also one of the most effective centers of global progressive activism, a site where resistance to political and social oppression was impactful and immediate.

It was even a digital town center of sorts, a place where the left in particular could gather to discuss their many triumphs and failures in an atmosphere of communal support.

Well, that's all over. Thanks to two weird billionaires (Musk and Jack Dorsey, who is now one of the largest investors in the new company) and their deep-pocketed interventions, the site is a suddenly troll heavy home to antisemites, homophobes, reinstated Neo-Nazis, and more, with Musk allowing terms of service violators out of digital jail to once again personally threaten their very long list of political opponents.

We can see how this happened, but we need to be asking why it happened much more. Why are we supposed to just sit and watch an odd, isolated billionaire wreck an international public good through his own inexhaustible hubris?

Is this the way the world is supposed to work? Can't we do anything at all to protect ourselves from oligarchs and their private ambitions?

Recall that 15 of the 19 hijackers on 9/11 were Saudi nationals. Then think back, if you can, to what they did to America and New York City on that day.

Clearly, there are national security concerns at play here, after this much overseas investment by nations with dubious human rights records suddenly have a controlling say in how the investment is run. An urgent review by the Committee on Foreign Investment in the US should be imminent.

A lot of people often become very rich after a big successful buyout in America. But rarely do those buyouts involve a breaking news and culture website. The public good was never a factor to the private investment firms that controlled most of its ownership.

More than two-thirds of Twitter’s stock was owned by institutional investors, who made the lion's share of the profits after the sale.

Vanguard Group was the company’s largest shareholder, with a 10.3% stake, giving that investment advisor a reported payout of roughly $4.5 billion.

The Black Rock group reportedly made roughly $2.8 billion for its 52 million-plus shares. Morgan Stanley enjoyed a $3.6 billion payday. And State Street walked away with just under $2 billion. Eye-watering payouts to a bunch of unknown, unseen hands, critics say.

Omid Kordestani, the former executive chairman of Twitter made a reported $50.6 million from the sale. Parag Agrawal, Twitter’s former CEO, could be in line for a $38.7 million severance package.

Vijaya Gadde, Twitter’s former general counsel, made a reported $32.8 million for her more than 605,000 shares. Ned Segal, Twitter’s chief financial officer left with about 394,000 shares, worth a reported $21.3 million.

Good for them for making out so well I suppose, but bad for us and for the rapidly deteriorating state of our national political debate, now that the radical fringe lunatics of the far right will be given free rein to ride roughshod over everything the company worked for years to build.

What will they tell themselves, inside their gated communities, as the great democracy they unwittingly helped undermine with this consequential and disastrous sale to an apparently incompetent leader continues to crater and crack?