Irish designer Clodagh's career is chronicled in the Irish-made documentary "Clodagh," produced by Adrian McCarthy and directed by Oda O’Carroll. 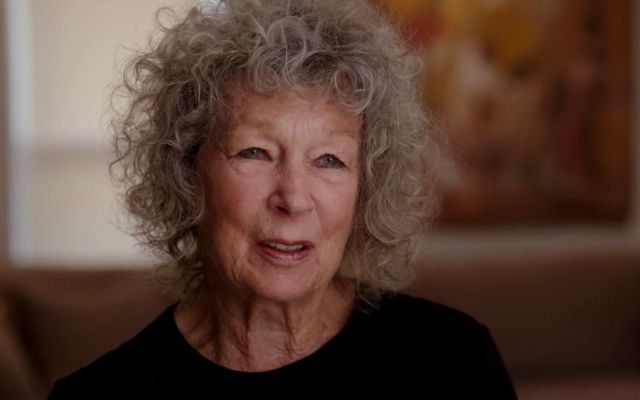 "Clodagh," the new Irish-made documentary about the visionary Irish designer, tells the story of her trailblazing career.

You know that you've made it when you're known by just your first name. A superstar name in design in Ireland (and the world) since the early 1960s, now at a distinctly youthful 82 she's showing no sign of stopping.

Scaling the heights of a decades-long, international design career, one of the secrets of her remarkably successful design career is her undimmed curiosity.

That deep interest in life and people has carried her far. In "Clodagh," the new documentary film about her life produced by Adrian McCarthy and directed by Oda O’Carroll, she lays it out carefully: “I’ve always felt in my head that I’m going somewhere and I still feel the same way. I’ve never felt I’ve arrived. Ever,” she confesses.

Being a decade younger than the equally trailblazing Irish novelist Edna O'Brien, Clodagh also had to navigate the near theocracy that Ireland still was back in the 1960s.

Carving out a successful career on her own terms back then was no cakewalk, although her rise and rise often made it look easy on camera.

Resistance to her ambitions came even from inside her own home. Her father took umbrage when she announced she wanted to be a dress designer, feeling the profession was beneath the dignity of the family.

“Luckily my mother was a much younger woman and also a woman ahead of her time. She drove a very fast car, she also painted. She was thirty-something years younger than my father and she quietly gave me four hundred pounds to start my own fashion company in Dublin when I was seventeen.”

Within months, Clodagh was a fixture on the city's social scene and her dresses were being snapped up. Gushing coverage in The Irish Times, with lots of flattering photographs, made her father's icy resolve start to melt.

Meanwhile, her first marriage had begun to deteriorate just as she was really making it in the world's eye. “I was very well known by this point, I was on TV shows and on the advisory council to one of the largest catalog companies in the USA with international designers.”

“But I had always suffered a little bit from imposter syndrome, looking back over my shoulder and thinking I'm not doing well enough yet. For those reasons, fashion started seeming ephemeral to me. It stopped being as fulfilling as it had been.”

She didn't know it yet, but her life was about to dramatically change. Wanting a separation, she still had to contend with the pieties of Irish law, which at the time refused to award custody rights to a mother when a marriage ended.

“So without an annulment, I had to go through tremendous amounts of priests to end the marriage and I'm not even Catholic. That was a difficult experience. Those priests weren't very friendly, I have to tell you. They really went over the top with me.”

After she got a special dispensation to mark the legal separation, she was finally free for her children to come and visit again. She was living on her own at this point and they would stay with her periodically, in a situation that was far from usual in the Ireland of the time.

Some might have bent under the pressure of that, but Clodagh remembers her mother's advice: “Don't let this break your spirit, she told me. Just keep doing what you're doing.”

Going to Spain with a friend to celebrate her separation, one day she met an American man on the beach who asked if he could join her and talk. His name was Daniel Aubry, a screenwriter and director, and over fifty years later, they're still married.

In Spain, they eventually bought a townhouse and hired an architect. “And I kept going over his drawings at the time and saying people don't live like that. That's not where you put the kitchen. That is not where you put the so and so. And I'm pretty opinionated. In fact, one of my clients calls me the buzzsaw because I'm pretty direct in my views of how things should be.”

Talking to the architects and not approving what was going on, her husband came in one day and she said to him, I'm going to open an office downstairs in that empty space and I'm going to be a designer for buildings. This was the early 1970s and that's exactly what she did.

“I had no formal education whatsoever,” she continues. “I had my entrance to Trinity College when I was 16, but they wouldn't let me in until I was 18. So I started both my businesses without a formal education.”

She soon succeeded beyond her wildest dreams and part of the secret of that, she explains, is to hire people who are smarter than you, who know more about your field. Another secret is to be open to every good opportunity.

“No sooner had I set up my office but there was a knock on the door, and this guy asked me, 'Are you the English designer? Would you design my club?' And I said, 'No, I'm the Irish designer' so he replied 'close enough,' and I got close my first job practically as the doors were being opened.”

Watching all her previous selves and preoccupations unspool on the big screen in the new documentary about her life makes her feel oddly exposed, she confesses. “I feel a bit like an oyster out of my shell,” she laughs.

A hidden part of her success may be the gift of an Irish childhood, as well as an Irish sense of humor. “I've been a bit intuitive and haunted since I was a little girl. My designs try to balance the energy in a place and just make people feel comfortable and happy and their best selves, finding their best selves.

New York screenings of the new documentary "Clodagh" are currently being scheduled for January 2023. Clodagh is a Curious Dog Films Production for RTE and BAI.