The Dublin International Comedy Film Festival is celebrating its third year when it hits the Generator Hostel in Smithfield, Dublin 7 from the 1st to the 4th of December with a jam-packed program of comedy events. 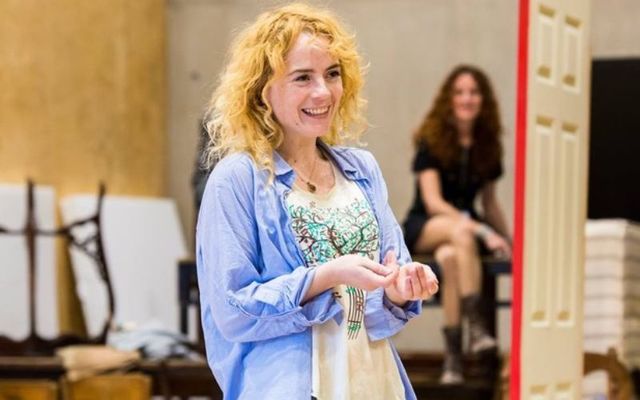 The Dublin International Comedy Film Festival is the brainchild of Irish comedian and filmmaker Mo O'Connell, whose debut comedy feature “Spa Weekend” has been a hit at festivals home and abroad.

The Irish are perhaps best known for their humor throughout the world, yet there has never been a film festival highlighting the Irish contribution to global laughter. Until now.

The Dublin International Comedy Film Festival is celebrating its third year when it hits the Generator Hostel in Smithfield, Dublin 7 from the 1st to the 4th of December with a jam-packed program of comedy events including films, sketches, and web series from Ireland and around the globe. There’s also a terrific lineup of comedy acts, singers, filmmaker Q&As and a glitzy Awards Ceremony to wrap up the 3 days of side-splitting fun.

The first two years of the festival were held over Zoom; the festival organizers did miraculous work to build an audience and an online film community under circumstances that were no laughing matter. They built an audience that was clearly in need of a few laughs during the pandemic, so this live event should be charged with some pent-up demand for an auld giggle!

The live comedy acts kick off each evening with stand-up sets from Ireland’s smartest up-and-coming comedians including stars Aideen McQueen, Anna Clifford, and Malinda Pereira who will be on RTE soon with his very own show, the legend Joe Rooney, Saoirse Smith, Fergus Keane, Claire Millane, Craig Moran of Stitches Comedy, Rachel Walshe as a singing comedic ‘minstrel’ of sorts for the festival, Alex Jones, Jack McKenna, Betsy Speer, singing from Klara McDonnell and dancing from Helena Clarke and company and improv group Karmageddon to name but a few.

The festival is the brainchild of filmmaker and actor Maureen, or ‘Mo’ O’Connell, an award-winning actor, writer, director, and producer whose short films and comedies have been garnished with awards in the festival circuit. The director’s debut comedy feature “Spa Weekend” has been a hit at festivals home and abroad, screening in British and Irish festivals and last year winning the ‘She Is On Fire’ Award at the Female Filmmakers Festival in Berlin. Mo also recently won the Pitching Award at the Galway Film Fleadh for an idea based on her short, “Haven” & received a “Best Director” Award from Louth International Film Festival for the short film, ‘Bruise’.

“Although I have been thinking about this festival for a few years now, it kind of feels like now is the right time to do it,” O’Connell says.

“I’ve always found comedy very cathartic, very healing- and I think everyone could do with that at the moment. Laughter has therapeutic power. I love that about comedy: its soulfulness. I find comedy deeply soulful.”

As an Irish-American filmmaker, there was perhaps no greater joy than having your film included in the Dublin International Film Festival; the experience of having your humor make the transatlantic trip to the homeland is an experience you never get over. My short film, “LoveLetters Profiles,” which is based on stories from an actual dating profile writing business I started during the pandemic, will be part of this film festival.

A festival pass to The Dublin International Comedy Film Festival, which includes entry to all films and events, is a great value at only €30. There is an opening night launch on the 1st of December at 7 pm that is free to attend and will have huge comedy acts perform.

We interviewed Mo O’Connell in this latest edition of the TAYSHT podcast, in which the filmmaker talks about everything from selecting funny films for the festival to where to get the best salmon in Dublin. Check out the podcast here.

More info on the festival can be found on the website.