By enabling Donald Trump the Republicans have imperiled America

Only one week in! So far the emotions lacking in the White House include: compassion, dignity, humility, tact, and wisdom. 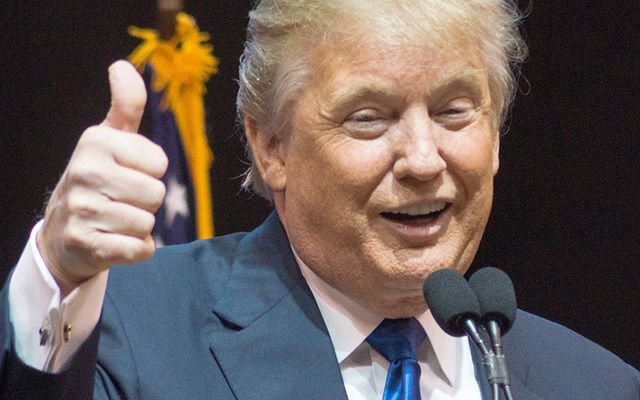 One week into Donald Trump's tenure at the White House. Wikicommons

We’re barely a week into the Trump administration’s tenure, but whether it lasts for four years or more, it’s already clear that the very qualities it is missing will be the very ones that bring it to its ignominious end.

To Trump these qualities have always looked like weakness because he has an incurious intellect and a Manichean world view. He has never understood that instead of making you look timid, these qualities are the bedrock of the every culture and civilization that ever flourished.

There is more to empire building than bricks, mortar and business deals. Winston Churchill was never in any doubt about it. Famously asked if he wanted to cut arts funding to help the war effort he replied that he did not. “Then what are we fighting for?” he barked.

But Trump has no interest in the arts, of course. One of his team’s first objectives is to cut funding for the National Endowment for the Arts.

Trump plans to stop funding for the National Endowment for the Arts. The NEA budget is $148 million. Trump's inauguration cost $200 million.

It’s because the arts bring people together, they force them to confront complex issues and ask searching questions; it’s no wonder authoritarians fear them. They see them as coded threats to their own power (the administration also plans to cut the funding to Public Broadcasting for similar reasons). Informed and engaged citizens are simply not wanted.

So the Trump administration may have returned Churchill’s bust to the Oval Office but they forget to bring along his idea’s. It’s really style and not substance that matters most to this administration.

Just ask Press Secretary Sean Spicer. Trump’s growing disdain for his hair trigger new spokesperson is said to stem from what he calls Spicer’s cheap suits, not his political statements.

When you’re obsessed with how things look - for 30 years now Trump’s life has been one long infomercial to camera - you can lose interest in how things are. The Achilles heel of this administration will be its obsession with saving face. For the next four years the questions that will obsess Trump most will be the ones that threaten to delegitimize him or make him look bad. 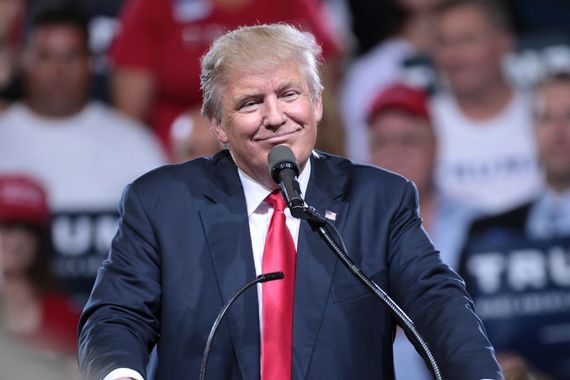 The imfamous photo that Trump hates.

It’s already happening. On Monday he spoke to bemused Congressional leaders and assured them he would have won the popular vote if 3 to 5 million illegal immigrants had not voted in the election. This is, of course, delusional. It’s easily disproved (and already has been). But to protect his legitimacy we have learned that Trump will say or do anything, even lie blatantly to your face.

Trump’s promised investigation of voter fraud, if it ever happens, will simply be an effort to disorient the public, not support his claims. It will be style over substance. He’ll hold a shiny thing up to our eyes and hope we’ll be distracted by it. There’s going to be a lot of this.

But perhaps the most tragic and infuriating aspects of Trump’s lamentable rise is that the GOP has clearly made the calculation that by indulging this entitled man-child they can simultaneously achieve their longed for policy agenda. That’s why their most eminent and civilized commentators have all but withdrawn from public life.

In the age of Trump they think that what the public want is Reality TV showmanship. For them consideration, compassion, dignity, equilibrium et al - all belong to an age that’s passing. The grownups have decided it’s much more effective to let the toddler tantrum.

But empires crumble when they concede their own fitness to govern. By enabling Trump the GOP have imperiled the country - and they know it. They have picked the good of the party over the good of the nation. We can’t let them off the hook for it.