According to the Catholic League in the US these Irish women were loose, wild and uncontrollable young women had no one to blame but themselves. 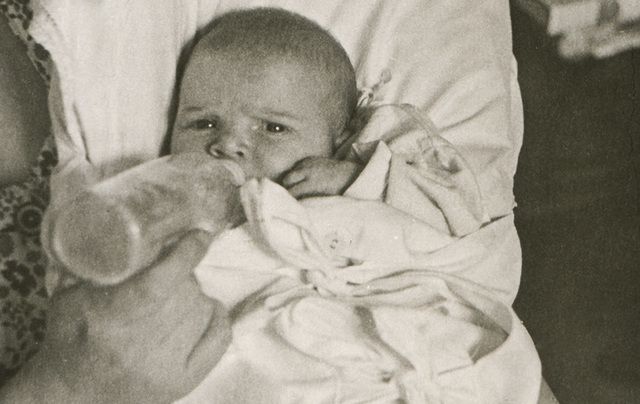 "There you have it, loose, wild and uncontrollable young women had no one to blame but themselves." iStock

This week an “anonymous orphan from Galway” has sent a “sober and well-researched article” to the Catholic League’s energetic enragé Bill Donohue that “debunks many myths about Irish nuns.”

Timely! But a government-commissioned study recently found “significant quantities” of the human remains of infants on the site of the former Mother and Baby home in Tuam, just as local historian Catherine Corless had suggested they would, so exactly what “myths” is Donohue referring to?

The real scandal, according to his unnamed Irish orphan, is the “fake and sensational” media, who feed the public a steady diet of anti-Catholic news. It’s not the 796 dead infants buried in an unmarked grave.

In the scattershot, free-associating “defense” that Donohue published without sufficient reflection this week, it’s hard to decide which is more offensive, the content or the tone.

The Ireland of the Tuam Mother and Baby home, which finally closed in the early 1960’s, was a place where, according to this unnamed former orphan, “There were no antibiotics, no electricity… let alone running water, and for many the only mode of transport, if they were lucky, was a donkey and cart.”

By the sounds of this, Ireland would have given the Old Testament Jerusalem a run for its money. No wonder so many infants died without a proper burial.

But this stone-age portrayal would have come as a terrific surprise to my grandmother’s generation, who lived during the Mother and Baby homes period in their own homes with running water and electric light, driving their own cars, as many around them did likewise. I wonder what she would have thought of this John Hinde retro “donkey and cart” portrait?

“The Bishops (built) the local schools, churches and clinics, building a Catholic infrastructure for a Catholic Nation consecrated to the Sacred Heart of Jesus and to the Immaculate Heart of Mary,” writes the unnamed orphan, their tone indicating they are unlikely to consider how Catholic dogma contributed to the stigmatizing of these generations of unmarried mothers.

Citing national child mortality statistics from recent years to defend against the shocking numbers who died in just one year at one Mother and Baby home, this former Orphan wonders why nothing is being said about these more recent deaths, even though he/she is citing annual CSO figures that instantly contradict his/her claims.

Read more: Let's remember their names: The 796 infants and children who died in the Tuam home

This tactic is called bait and switch; also known as don’t look at that, look at this. It is odd to see the principled defenders of a worldwide faith resort to it. The real aim of all of these studies and commentators is to bash the Catholic Church and pave the way for greater access to abortion, the writer claims.

And perhaps it was all the mother's fault, Donohue’s unnamed commentator continues.

“Perhaps was there more to the behavior of their daughters who may have been uncontrollable, wild, even loose women, we don’t know. We can only assume by today’s standards that if a young girl got pregnant and she came from a good family that her family might support her. But even by today’s standards if the young women were wild and uncontrollable and came home expecting a baby she too would be expelled from the family…”

So there you have it, loose, wild and uncontrollable young women had no one to blame but themselves. Which is exactly the kind of thinking they would have encountered from the religious orders of the period.

Women working in a Magdalene Laundry.

Donohue’s unnamed orphan sounds like he/she would have been more suited to running one of these institutions than being raised in one.

Critics are already suggesting that Donohue wrote the latter himself in a bizarre act of Norman Bates style ventriloquism, but Irish observers doubt that, saying there’s no difficulty finding elderly reactionaries to write poison pen missives in defense of the indefensible in Ireland.

Concluding by blasting young women “who get pregnant after living immoral lives” it is clear that Donohue’s orphan would more likely have condemned his own mother.