Irish stars light up His Dark Materials, new to HBO 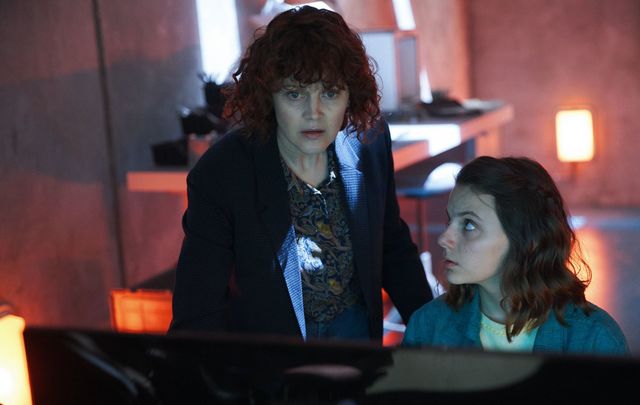 Simone Kirby and Dafne Keen in 'His Dark Materials' HBO

So how good is it? Well, it features some of the best actors currently working, in a show so timely that it seems almost prophetic.

'His Dark Materials' started off strong with season one last year and since then it has simply grown in narrative strength and onscreen adventure. The all-star cast have grown into their roles too, deepening the conflicts we watch play out on screen, conflicts that speak to our own world and time.

What makes a show about the tensions between science and religion so interesting? Well, it's clearly not just fantasy.

In this alternate world, everything is run by the Magesterium, the name of the all-male church that controls politics, academics, and science. Progress and innovation is slower in this world because women are forbidden to study, take up holy orders, wield power, or participate in political life.

The ban on women has spread from religious life to maintain a patriarchy where men call all the shots. It's fascism, essentially, but since no one resists it rules unopposed. 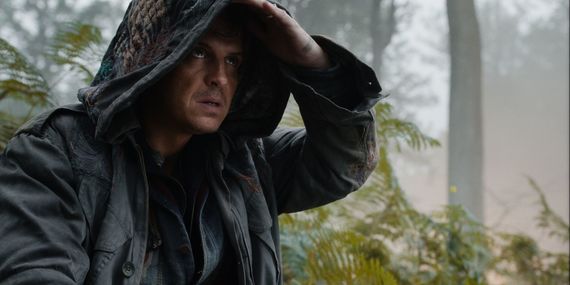 In the hidden world that Andrew Scott's character Parry travels to in 'His Dark Materials' every person has a daemon, an animal companion that represents their soul and it stays by their side no matter where they go. Parry's is an osprey called Sayan Kotor (voiced by his Fleabag co-star Phoebe Waller Bridges).

Scott plays John Parry, also known as Jopari, and Dr. Stanislaus Grumman (in a show that's set in multiple worlds, you can be other people). He's the father of Will, the young man the show's heroine Lyra meets in season two, which has just begun showing on HBO this week.

If all of this sounds a bit complex don't worry, it's just another case of traveling through the looking glass to a world that looks like ours, but where things are subtly different, magic is real and things are possible that are not in the world we come from.

When the show's heroine Lyra (Dafne Keen) travels to our world she meets Mary Malone (Kirby) the Irish former nun now astrophysicist who is experimenting with dark matter to try to understand how it affects human consciousness.

Lyra tells her that she is closer than she has ever dreamed to that understanding, adding that she's from another dimension herself and she desperately wants to understand the science in our world that has been forbidden to her in hers. 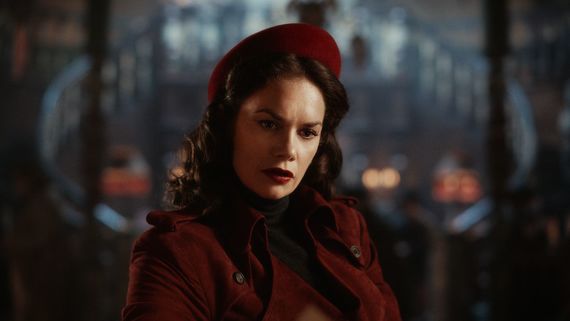 Ruth Wilson as Mrs Coulter in 'His Dark Materials'

How dare the author Phillip Pullman stand in judgment of the Christian faith traditions, some critics grouse. How dare he insist that the great theme of human evolution is the division between those who seek to explore and discover and those who seek to reassure and conceal.

Where you stand on your own journey regarding what's sacred and what's open to question may determine how much 'His Dark Materials' resonates for you.

Speaking personally, I think the show is a grand adventure that features outstanding action, brilliantly imagined and presented fantasy worlds, real-life and recognizable stakes, and some of the best acting ever committed to camera in a fantasy series.

Kirby in particular brings so much reality to her extraordinary journey that you immediately root for her. Here is a woman who lost her religious faith only to discover a new kind of wonder in the place she least expected to find it. It's a fascinating part, blending the real and the make-believe, and she grounds every scene with real-world consequences and smarts.

Scott too emerges as a fascinating character, or rather characters, because he plays the part of a soldier, a shaman, and an explorer who combines male and female aspects in his daemon, the osprey that follows him everywhere and speaks in the voice of his real-life friend Waller Bridges.

We are living in a time when the forces of progress seem to be locked in a spiral with the forces of regression right here in America. Increasingly one side seems to be losing faith in the humanity and basic equality of the other, with dangerous repercussions for us all further down the line if that gulf continues to widen. 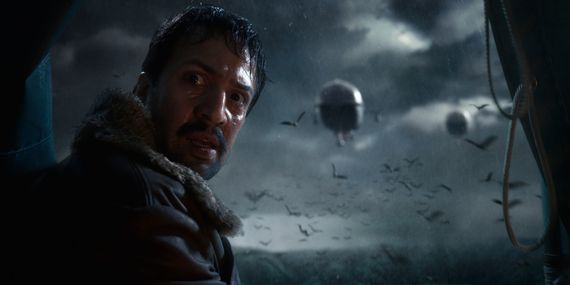 So 'His Dark Materials' may look like an escapist fairytale but it's one with both of its feet planted firmly in real life and in the real consequences people suffer for standing on principle against the powerful in pursuit of science and knowledge.

Both Scott and Kirby excel as the two protagonists from our world with the most to gain and the most to lose in this pitched battle for the future of every world in this multiverse.

Kirby in particular is hypnotic as a woman who finds the faith she lost is being superseded by miracles far beyond anything she ever dared imagine, but it is science, not religion that guides her steps. Ans that distinction says a lot about this completely absorbing new season of perhaps the greatest ever fantasy series committed to film.

'His Dark Materials' is now playing on HBO.