The romantic moment next to a waterfall in Iceland was disrupted by a photo-snapping tourist. 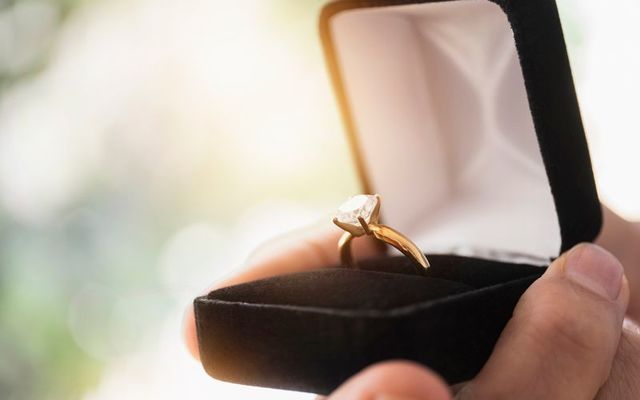 A romantic proposal in Iceland was ruined by a clueless tourist. Getty

A Northern Irish couple's romantic proposal next to a waterfall in Iceland was ruined by a clueless tourist.

A video of the moment, which took place last year, was recently shared on social media.

In the video her partner Sean can be seen getting down on one knee in front of a stunning backdrop at Gullfoss Waterfall, 100km east of the capital Reykjavik, according to Yahoo News.

As he does, a woman fixated on photographing the scenery steps right behind the couple.

The woman, who appears completely oblivious to what is happening right in front of her, then lingers there as the couple embraces.

"I see the funny side but it's quite concerning how completely oblivious some people are to their surroundings," one person commented on the video,

"That seems quite a universal thing NOT to do?" said another commenter.

McGowan, who was supposedly caught up in the moment, said she hadn't really noticed the woman's behavior until she looked back at the video. She went on to suggest the tourist lacked "common decency," but admitted she could see the humor in it.

While most people commented that the woman had no idea what was going on in front of her, others believed she knew exactly what she was doing.

One commenter defended the woman, saying the main pathway where the proposal was filmed was one of the "busiest places" at the falls.