An 18-year-old girl drove on the hard shoulder on the wrong side of a Northern Ireland road after a failed attempt to overtake a lorry. 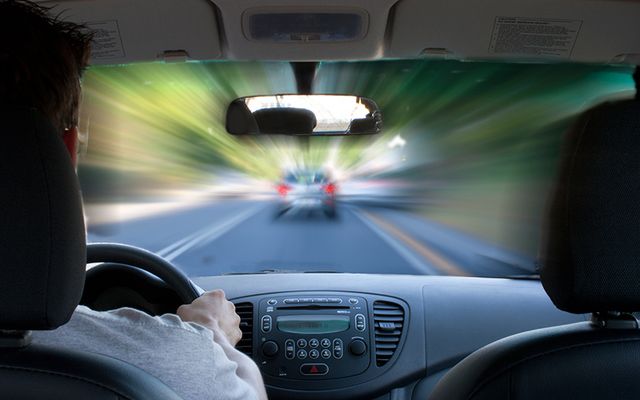 A Northern Ireland judge has handed down a four-month suspended sentence to an 18-year-old girl for what he described as some of the worst driving he had ever seen on Irish roads.

Coleraine woman Jessica Stirling was traveling at 40 mph on a busy road between Coleraine and Limavady during rush hour on a wet winter’s day earlier this year when she was caught on another driver’s dashcam recklessly attempting to overtake.

The teenager first drove past the car with the camera before attempting to also overtake a lorry up ahead. On noticing a further truck coming towards her, however, the 18-year-old student swerved onto the hard shoulder on the opposite side of the road and continued to drive there at her previous speed as three vehicles passed her before veering back into the correct lane.

The dramatic footage has already been viewed over 300,000 times on social media and was described by District Judge Liam McNally at Limavady Magistrates' Court in Co. Derry as "one of the worst bits of driving" he had ever seen.

Read more: Diary of an American left hand side driver in Ireland

Stirling, who wishes to study paediatric nursing next year, pleaded guilty to dangerous driving on the day in question and called the decision the biggest mistake of her life.

Her solicitor Denise Gillan admitted that her client’s driving was “awful” and that it could only be put down to “inexperience” when Stirling panicked and began to drive on the hard shoulder.

"I don't think there was any question of showing off. It was a lack of judgement. She made the wrong decision," said Gillan.

"It was only afterwards that she realised the dangers she put herself and her passengers in."

The young woman’s parents also spoke to her character in court, describing her as “a good girl who never gave her mother or father a day of trouble in her life".

Read more: How to avoid pitfalls while driving in Ireland and enjoy your trip (PHOTOS)

Warning Stirling that she had only luckily evaded “an inevitably fatal collision", Judge McNally stated that such dangerous driving would normally warrant a custodial sentence.

"On the other side of the coin, the difficulty I have is the fact that you are a young girl who is just about to embark on your career. Your references speak highly of you and I understand you are anticipating good grades in your exams,” he said.

“If I had decided this was a joyriding type exercise where you had no disregard for anyone else on the road I would have imposed an immediate custodial sentence.

“You made a mistake when overtaking.  You were very fortunate to escape without injuring yourself or anyone else.”

The teenager was handed down a four-month custodial sentence which will be suspended for two years. She has also been disqualified from driving for two years and will be forced to take an extended driving test before she is allowed to join the roads once again.