A couple received the shock of their lives last week when the wife checked into a Dublin ER for back pain and gave birth to a son 20 minutes later. 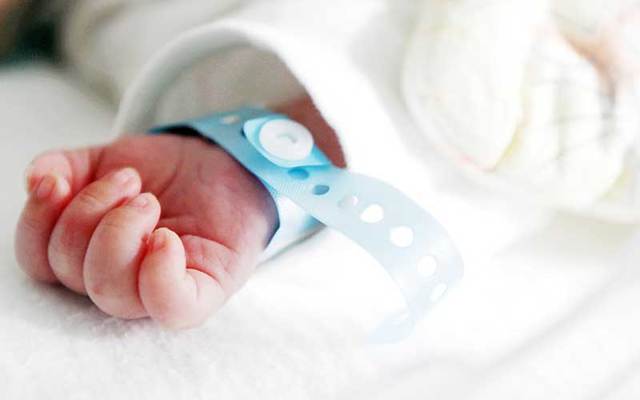 A woman unexpectedly gave birth to a baby boy after going to a Dublin ER with back pain. Getty Images/Vladimir Nenov / EyeEm

A couple received the shock of their lives last week when the wife checked into a Dublin ER for back pain and gave birth to a son 20 minutes later.

Mateusz Kotlarek, 27, his wife Karolina, 25, and their three-year-old son Maximilian were heading to their home in Swords last Wednesday evening  when Karonlina began to feel unwell. When they pulled into a station to refuel their car, Karolina went to the bathroom and realized she was bleeding.

They immediately headed for Beaumont Hospital, where Karolina checked into the ER.

Twenty minutes later, a stunned Mateusz was told he had a new baby son. The couple had no idea Karolina had been pregnant.

Read More: Irish teenager didn't know she was pregnant until she gave birth in her kitchen

Mateusz told the Irish Sun: “This was like a story from a movie. My wife told me she had pain in her back, so we went to Beaumont ED.

“They very quickly took my wife away and I was waiting with Maximilian in another room.

Woman who went to hospital with back pain gives birth 20 MINUTES later https://t.co/HS6coKDIBe

“I didn’t understand because I didn’t know she was pregnant.”

Karolina was in her 38th week of pregnancy when she gave birth. The baby, who weighed about 5lb 11 oz and was born in perfect health, was named Aleksander.

Mateusz said he and his wife were genuinely shocked at what happened as there were no indications Karolina was pregnant.

He said: “Some of my friends can’t believe we didn’t know, because normally you have some news the baby is coming.

“But nothing, it’s like a miracle baby for us. There was nothing.

“My friends asked me, ‘But how could she be pregnant?’ And all I say was, ‘I don’t know, but it did not feel like a pregnancy or anything’. But it’s great, obviously we are really happy.”

Mateusz said he had to rush to buy a new cot and other baby things for his unexpected son.

He said: “We had to do in two or three days what everyone else does in six or seven months. It’s an unbelievable thing to happen.”