Northern Ireland motorcycle racer William Dunlop was killed in a crash during practice for the Skerries 100 road races in Dublin on Saturday. 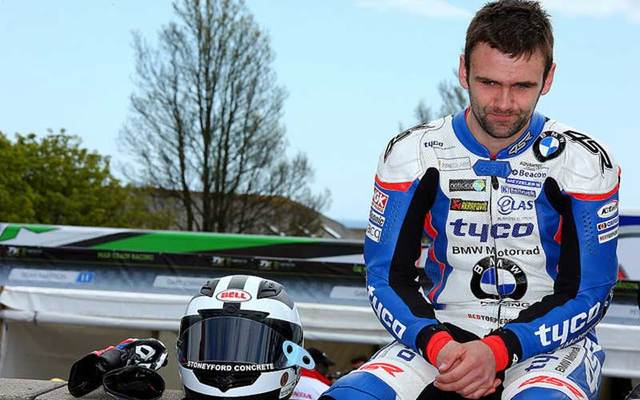 Northern Ireland motorcycle racer William Dunlop was killed in a crash during practice for the Skerries 100 road races in Dublin on Saturday.

The 32-year-old Ballymoney native was a member of the renowned Dunlop racing family, the BBC reports.

A statement released by the Skerries 100 organizers, Loughshinny Motorcycle Supporters Club Ltd, said that they "deeply regretted that William Dunlop has passed away following injuries received in a tragic accident that occurred during practice which took place today, 7 July 2018.”

"The Loughshinny Motorcycle Supporters Club extends their heartfelt sympathy to William Dunlop's family and friends. Our thoughts and prayers are with them at this very sad time.”

As a sport, road racing is like no other. It can bring the highest of highs, but it can also sometimes be incredibly cruel.

Our thoughts are with the friends, family and many fans of William Dunlop. A man whose quiet charm and fierce determination will never be forgotten. pic.twitter.com/clznYfP5zF

Dunlop began racing in 2000 and accumulated 10 Irish National Road Race wins during his career. He was a repeat winner of the North West 200 and Ulster Grand Prix road races.

Dunlop missed this year’s Isle of Man TT to spend time with his partner Janine, who is pregnant.

The Skerries 100 will go ahead after the tragedy, The Irish Times reports.

After discussion with the family, sponsors and fellow riders, the Loughshinny Motorcycle Supporters Club Ltd “has taken the decision to continue with the Skerries 100 on the 8th July. The club with the riders permission have decide to race with the entire prize fund to go to William’s Family.”