"Severe weather event" as temperatures hit lowest figures in 12 years as snow and sleet expected in the run-up to Dec 25. 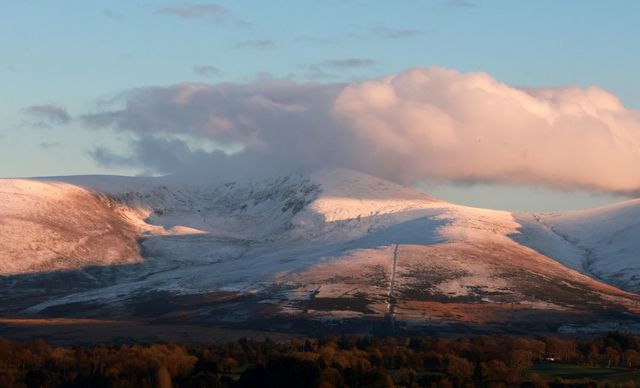 A white Christmas could be on the cards for Ireland following an icy and foggy few days when temperatures dived well below zero and the coldest weather since 2010 was recorded on Monday at -7.2C (19.04F) at Athenry, County Galway, and -9C (15.8F) at Katesbridge, County Down.

The big chill, which started last weekend, is expected to continue at least until Friday with patches of freezing fog leading to dangerous driving conditions, according to Met Eireann forecasters.

The cold spell will see one-third of the amount of gritting salt normally used during a winter season spread across the roads in a single week.

Transport Infrastructure Ireland confirmed to RTE that 35,000 tons of salt grit will be used nationally by local authorities de-icing roads, including motorways and national and regional roads, by next Friday at a cost of €1.75 million.

A few photos of the #sneachta on my morning commute. pic.twitter.com/ik1WjPe9Sr

“This is a severe weather event,” said Sean O’Neill, spokesperson for Transport Infrastructure Ireland. He added that there is an eight-week supply of salt in storage.

Airline travel chaos caused hundreds of flights to be canceled or re-scheduled, with flights between Britain and Ireland mainly affected because of poor weather conditions at United Kingdom airports, particularly in the southern half of England.

On Monday, there were at least 74 cancellations of flights in and out of Dublin Airport, according to the Dublin Airport Authority. Dozens more were canceled on Tuesday.

A small number of schools were closed. Housing Minister Darragh O’Brien, who is leading Ireland’s severe weather response, said most schools remained open and it was up to individual schools to determine if they should close.

Many inland bodies of water were frozen over at canals, lakes, ponds and flooded areas. Water Safety Ireland warned, “As the thickness of this ice can vary greatly the strong advice is to stay off the ice. Be extra vigilant while walking beside bodies of water as walkways and paths can become extremely slippery and unsafe when icy. Keep pets and young children away from the edges.”

Mountain tops across Ireland were covered with snow. Milder weather is expected on Sunday but it is expected to bring rain and sleet and more snow.