Ryan Nash, the heroic NYPD officer who stopped terrorist Sayfullah Saipov, is just 28, has a young baby, and is proud of his Irish roots. 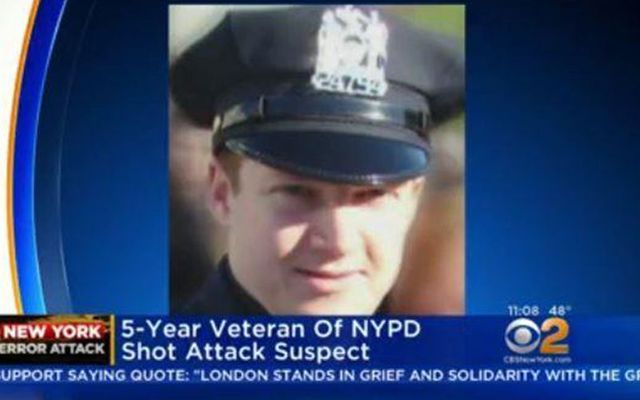 He is the toast of New York, praised by mayor, governor, senator but Ryan Nash has himself kept quiet about how he shot and brought down a terrorist, 29-year-old Sayfullah Saipov, In New York yesterday.

Here are seven things you should know about Officer Nash.

1) He was born in New Jersey but now lives in Medford, Long Island

2) He is 28, lives with his girlfriend, and they have a new baby. Their house has welcome signs, shamrocks and an American flag

3) He is a five year veteran of the police force

"He was very humble about what he did, but what he did was extraordinary," Mayor de Blasio says of NYPD officer Ryan Nash pic.twitter.com/zSwBtpMqjx

4) He is a member of the Emerald Society

A spokesman for that group said "We are also very proud of his actions, which saved countless more lives."

5) He is a very accomplished runner

He ran in the Patchogue, Long Island “May the Road Rise to Meet Ye” 5K race last St Patrick's against 324 others and finished 15th, winning the medal for top law enforcement finisher.

6) His Irish roots are in Kerry and Limerick

7) He told Police Commissioner James O’Neill that he did not deserve any praise.

Ryan Nash, the officer who shot Sayfullo Habibullaevic Saipov, had been at nearby high school, thought he was responding to traffic accident

Nash has made it clear that he feels he was only doing his job. Commissioner O'Neill said "I don't think we could find a more humble human being."