We need to talk about suicide in Ireland 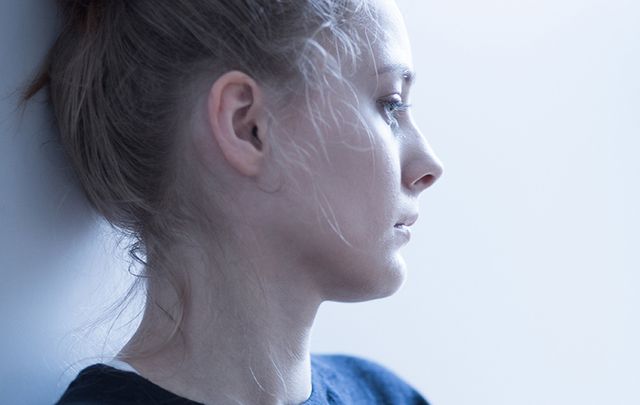 “An Ireland where fewer lives are lost through suicide, and where communities and individuals are empowered to improve their mental health and well being”.

Surrounded by various assumptions, suicide is a complex issue that can be difficult to report on due to its sensitive nature. To cover mental health and suicide in the most responsible and accurate way, Irish media have been advised to follow media guidelines for reporting on suicide prevention and self-harm developed by Samaritans, the Irish Association of Suicidology, and Headline.

The truth about the suicide rates in Ireland

The post-2008 media reports often talked about Ireland’s extremely high suicide rates, blaming the economic recession and the rising unemployment, yet those reports were not always accurate. In reality, the problem of suicide in Ireland might have existed even before the recession: suicide death rates were already rising during the economic boom; however, Ireland’s population had also risen substantially.

“Between the census of 2002 and the census of 2011, the number of people living in the Republic grew by more than 650,000. While the actual number of suicides was climbing, this was exactly what would have been expected in such a rapidly growing population, just as the number of cases of, for instance, cancer would also rise proportionately,” as reported by RTÉ.

An article published in The Irish Times in late 2016 claimed that Ireland had “fourth highest rate of teen suicide in Europe”. Yet the most recent figures from Eurostat show that the crude rate of teen suicide in Ireland has been 7.6 per 100 000 persons, which is the sixth highest rate in the EU, placing Estonia, Czech Republic, Poland, Finland, and Lithuania above Ireland.

According to the suicide data provided by the CSO, the total suicide rate in Ireland has begun to drop after hitting its peak in 2009 and 2011. “The most recent confirmed figures are for 2014, provisional figures for 2015 are available but these are subject to change, and therefore should be interpreted with caution. Provisional figures always represent an underestimate of the final figures,” explained Research Support Officer Niall McTernan of the NSRF. “There is usually a delay of 2 years due to complex death recording procedures and outcomes of inquests.”

Suicides in the Republic of Ireland from 2007-2015. Source: National Suicide Research Foundation via CSO.

The main sources for information on suicide and suicide prevention policies in Ireland are the Health Service Executive (HSE) and the National Suicide Research Foundation (NSRF). The NSRF publishes annual reports and journal articles on various topics related to suicide and self-harm in Ireland, copies of which are available on their website. The NSRF has also contributed to the development of the current national suicide prevention strategy, Connecting for Life. As stated by McTernan, the NSRF issues press releases to all relevant newspapers whenever they publish a new report or journal article. “In addition, the NSRF frequently circulates briefing documents and research bulletins. From time to time, the media contact us in relation to our research,” said McTernan.

Out of 53 articles on suicide published in The Irish Times in 2016, only eight quoted the NSRF. According to McTernan, this figure appears to be accurate. “In 2016, we would estimate that we received enquiries from media roughly every three weeks, equating to around 20 for the year”. However, the figures for the Irish Independent are an indicator that official sources on suicide and suicide prevention are being neglected: out of 73 articles published in 2016, ten quoted the HSE and only one – the NSRF. McTernan says the Irish Independent seems to under-report official sources despite publishing a high number of articles on suicide.

This has also been the case in previous years. In 2008 and 2012, The Irish Times and the Irish Independent have published more articles quoting the HSE than articles citing the NSRF, while the Irish Examiner favoured both sources. However, compared to the overall number of articles on suicide, the figures are still low.

Figures acquired through a search on Irish newspapers in the LexisNexis database.

In 2012, The Mirror and The Sunday Mirror published the highest number of suicide-related articles, 82, out of which one quoted the HSE and one – the NSRF. One hundred and nineteen articles published in 2008 mention the HSE and the NSRF four and one time(s) respectively.

Figures acquired through a search on Irish newspapers in the LexisNexis database.

The success of regional newspapers

In contrast to national newspapers, some regional publications, such as The Corkman, The Kerryman, and Wexford People demonstrated a higher number of articles quoting the HSE and the NSRF, and a surge of positive articles on suicide prevention and the accomplishments of voluntary suicide watch organisations patrolling suicide black spots – locations where suicide has a greater risk of occurrence. One of those organisations, Wexford MarineWatch, has been patrolling Wexford Harbour since its inception in 2012. To this day, no one has lost their life through suicide at Wexford Harbour, which Wexford People has continuously reported on with statistics of lives saved.

The National Office for Suicide Prevention states that their vision is “An Ireland where fewer lives are lost through suicide, and where communities and individuals are empowered to improve their mental health and wellbeing”. When asked how this can be achieved, Niall McTernan explained that it is the role of the National Office for Suicide Prevention to coordinate all of the initiatives contained in Connecting for Life, the national suicide prevention strategy.

“The NSRF recommends a coordinated multidisciplinary approach and increased interventions in schools and community services such as:

- Information gathering about high-risk individuals and service use trends

- Awareness and training workshops for community services, local gatekeepers and members of the general public.”

Connecting for Life declares “Better data and research” as one of its major goals. While the work of the NSRF and other similar organisations has greatly contributed to the production of better data and research, the accurate coverage of suicide and self-harm in Ireland remains an issue that the media will eventually have to address. Regardless of whether this has been a case of the print media neglecting the official sources or simply failing to report them.