Six young students were killed and seven more were seriously injured in the 2015 tragedy. 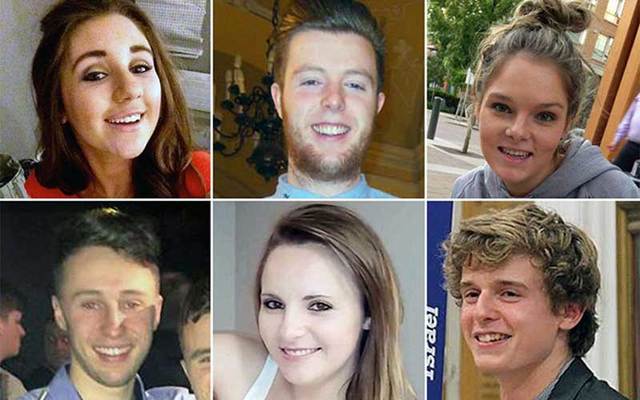 The victims of the 2015 Berkeley balcony collapse, which killed six young students and seriously injured seven, will share more than $20 million in a partial settlement paid by the companies involved in the design and construction of the balcony.

A date for the trial against Blackrock, the owner of the Library Gardens apartment block, and Greystar, the property’s manager, has been set for early 2018.

Dublin students Olivia Burke, Eoghan Culligan, Lorcán Miller, Nick Schuster and Eimear Walsh, all 21 and working for the summer under the J-1 visa program, died when the fourth-floor balcony they were standing on collapsed during a birthday party on June 16, 2015.

The Irish Times reports that the sum paid in the partial settlement is confidential but is “likely to exceed $20 million based on the number of defendants sued in the case and the likely amount of professional indemnity insurance available to the companies.”

Matthew Davis, the San-Francisco lawyer who represents the families of the six students killed in the tragedy and six of the survivors, said in a statement: “This settlement will never restore health or life but reflects an element of justice from the wrongdoers for the deaths and serious injuries caused by the tragedy,”

Rains Lucia Stern St Phalle & Silver, the law firm representing the parents of Ashley Donohoe, said the settlement amount would “never restore health or lives of the students but the payments reflect an effort to maximally compensate the victims within the means of the wrongdoers.”

Eustace de St Phalle, the attorney representing the Donohoe family, said they would continue to push for legislative changes in California to require building firms to report settlements relating to poor construction.

“The Donohoe family does not want negligent contractors to be able to hide the settlements of claims related to faulty construction through the use of secret settlements,” he said.

Last month, the California State Contractors Licensing Board revoked the building license of Segue Construction, which built the apartment block.

The company was accused of “willfully disregarding” the building plans and "willfully departing from trade standards" in the construction of the apartments.

The board found that if the balcony had been constructed as designed, the weight of the 13 students would have been “well within the design limits of the balcony structure,” and it would not have collapsed.