US tourist helps woman give birth on Irish train

An American tourist, a Donegal doctor and a member of the train's staff came to the rescue as a woman went into labor on a train from Galway to Dublin. 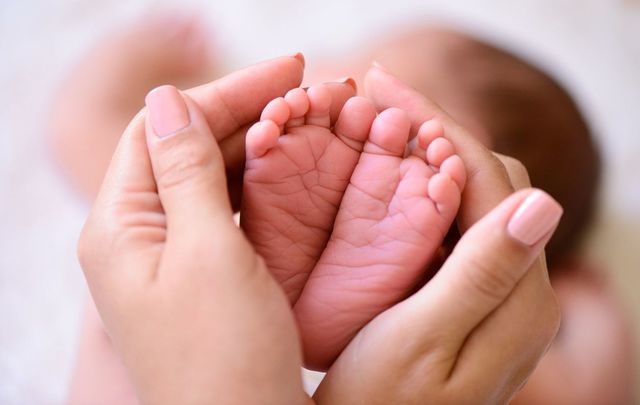 Mother and daughter are reported as bring in good health. Getty

An American tourist, a Donegal doctor and a member of the train's staff came to the rescue as a woman went into labor on a train from Galway to Dublin.

Commuters traveling on the 3 pm train from Galway to Dublin on Tuesday afternoon were greeted with an extremely unexpected delay as a woman gave birth in the space between two of the carriages.

A Donegal doctor currently living in Galway, an American nurse currently on holiday in Ireland and members of the train's staff leaped into action as the train was forced to come to a halt at Kildare station around 5 pm and the emergency services were called.

"I was watching the TV show Chernobyl on my phone so I wasn't paying attention but when the train had stopped for a while I took the earphone out and asked the woman next to me what the delay was," the doctor Alan Devine told the Irish Independent.

Although off duty and without any of his equipment, he hurried to help once he heard why the train had been stopped, finding an American nurse, an Irish nurse in her 20s and another woman who rang the ambulance already helping out the woman.

"The three ladies did extremely well and they helped the lady with the breathing and encouraged her a lot," said Dr. Devine.

"I asked the catering lady on the train for a pair of gloves and that was all we had, I wasn't on call so I didn't have any of my stuff with me.

"It was a key moment when the baby came out, it took a couple of seconds but she finally let out a big cry and so we knew everything was okay."

GP passenger who helped with Irish Rail delivery says when the baby arrived "we all nearly cried as well because there was a lot of tension and stress" Baby on board: Woman gives birth on on commuter train https://t.co/eJUzmZWQXv

Wrapping the new baby girl in the American tourists' blanket, the ambulance arrived just after the delivery and mother and daughter were taken to the Coombe Hospital where they are said to be in good health.