According to a report published by Social Justice Ireland, the unemployment rate in Ireland could exceed to around 16 per cent of the labor force. 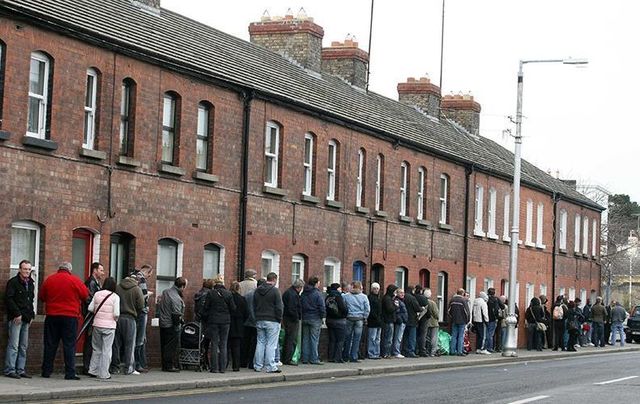 Unemployment could increase beyond the highest rate recorded during the last recession according to a study published by Social Justice Ireland.

According to the advocacy group's Employment Monitor, unemployment could exceed 390,000 at a rate of 16.1 percent of the labor force. This would be the highest rate of unemployment since 1986 and higher than 2012 at the height of the last recession.

According to data from the Central Statistics Office (CSO) published in the Monitor, 1,225,800 people had their employment impacted by Covid-19.

The Employment Monitor states that 21 percent of those whose employment was affected by Covid-19 do not expect to return to the same job, with young workers accounting for the highest proportion in this statistic.

Social Justice Ireland laid out measures in their report that they believed would aid the unemployment situation, such as expanding the age profiles for apprenticeship and training programs and upskilling those who are unemployed.

Last year the Government introduced the Pandemic Unemployment Payment (PUP) was as a result of the closure of business due to Covid-19.

The Monitor reports that by the second quarter of last year, 531,412 people were in receipt of the PUP. Last week almost 26,000 people closed their PUP accounts.

With restrictions easing and businesses re-opening, the Department of Social Protection has issued a reminder to those in receipt of the Pandemic Unemployment Payment (PUP) to close their claim immediately on return to work.

Figures showed the sector with the highest number of people receiving PUP last week was Accommodation and Food Service activities (96,404).