More than 13,000 Ukrainian students are now enrolled in schools in Ireland

There are more than 8,000 Ukrainian students enrolled in primary schools in Ireland, the Department of Education confirmed. 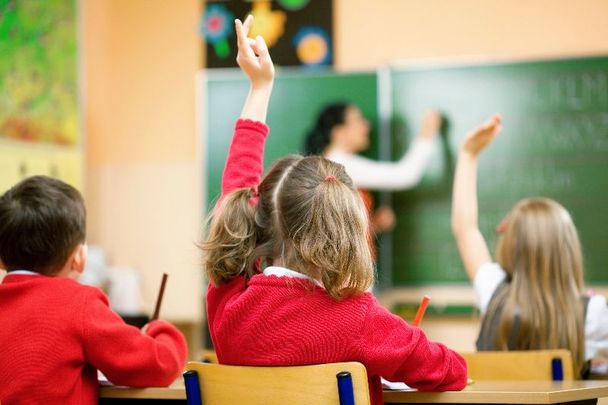 Ireland’s Department of Education has confirmed that as of December 22, 13,753 Ukrainian pupils have been enrolled in schools across Ireland.

The Department of Education noted that to assist with the transition of Ukrainian students and their families into Irish schools, Regional Education and Language Teams (REALT) continue to operate, hosted by the 16 regional education and training boards around Ireland and staffed by regionally-based education support personnel.

These teams are ensuring that clear, accessible information flows are in place between schools, local education support services, and national support structures in relation to people arriving from Ukraine, the department said.

The Department said it will continue to publish figures on the enrolment of Ukrainian children each month.

Meanwhile, Ireland’s Central Statistics Office (CSO) said there were 67,448 arrivals from Ukraine in Ireland by December 11, 2022, of which just over 1,100 arrived the previous week.

The CSO said that women and men, aged 20 and over, account for 46% and 20% respectively of arrivals to date, while individuals aged 0-19 (both male and female) make up for 34% of arrivals.

Of all arrivals to date aged 18 and over, 62% of males and 47% of females were married or cohabiting.

There were 67,448 arrivals from Ukraine in Ireland by 11 December 2022, of which just over 1,100 arrived the previous weekhttps://t.co/csGYQ3rUo4#CSOIreland #Ireland #Population #PopulationEstimates #Migration #Ukraine #UkraineCrisis pic.twitter.com/h7Ilmrn4LU

Statistician Karola Graupner commented on the latest CSO findings, saying in part: "There are two maps in this release based on mapping 64,168 individuals, or 95% of arrivals, to a location within Ireland. These maps are based on the local post office address as per the process through which arrivals were seeking assistance from the Department of Social Protection or, if available, the arrivals' residential address where an Accommodation Recognition Payment is payable to the host of the residence.

"The first map is a count of arrivals by Local Electoral Area (LEA), and the second is the rate of arrivals by LEA (per 100 of the preliminary Census 2022 de facto population).

"Killarney in Co Kerry had the highest number of associated arrivals from Ukraine at 2,019.

"Our analysis also shows that the rate per 100 of the population ranges across all LEAs in the country from 0.09% to 9.51%. The LEA with the highest rate was Ennistymon in Co Clare."