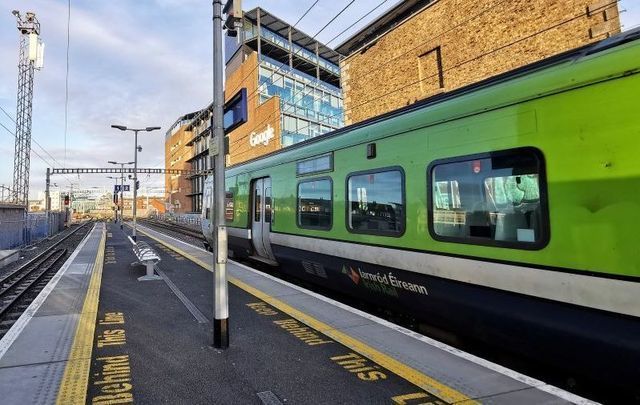 Two teenagers have pleaded not guilty to violent disorder in relation to an incident that saw a 17-year-old girl knocked "head first" underneath a stationary Dart train last April.

Staff and passengers at the station helped the girl back onto the platform before the train started moving.

Last month at the Dublin Children's Court, Judge Paul Kelly accepted jurisdiction for two of the boys, stating that they had a peripheral role in the incident.

However, he said that the boy facing an extra charge had lunged at the girl with "devastating consequences", causing her to fall "head first" under the train.

He said that this boy should be tried in the Circuit Court, which has tougher sentencing powers.

The case was back before Judge Kelly following a four-week adjournment.

The boy facing the most serious charges was ordered to return before the court in two weeks after Judge Kelly agreed to State solicitor Anna Bridgeman's request to grant more time to complete a book of evidence.

The two other teens, who are facing less serious charges, entered not-guilty pleas on Wednesday and will face a hearing in the Children's Court in May.

Garda Kevin O'Boyle also outlined the allegations against the three boys, stating that a group of 10-15 youths had caused a disturbance on the train and were being prevented from re-entering the train by security when a group of six girls ran onto the platform to catch the Dart.

One youth aimed a kick at a girl's head as she ran past him, making contact with her face, O'Boyle told the court.

Another youth lunged at a girl with the handlebars of his bike, striking her knee with the wheel and causing her to fall "head first" off the platform.

The girl suffered a cut knee and a bad cut and bruise on her back. She was left distressed by the incident, which occurred during her final year of secondary school when she was already anxious, the court heard.

The court also heard that the group of youths was not known to the victim.

The three defendants have been ordered to obey all bail conditions.