Trinity College Dublin has reported an 11 percent increase in the total number of applications this year. 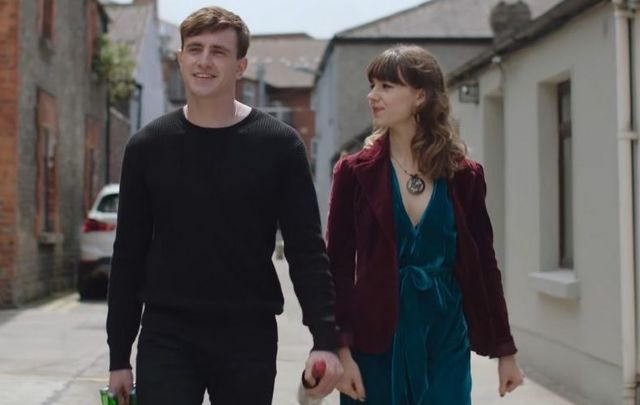 Paul Mescal and Daisy Edgar Jones as Connell and Marianne in the adaptation of "Normal People." Hulu, YouTube

Trinity College Dublin,  where parts of "Normal People" were filmed, reported a substantial jump in applications this year

Trinity College Dublin has reported a record number of applications this year, and the smash-hit show “Normal People” is being partially credited for the increase.

The BBC / Hulu show, an adaptation of Irish author Sally Rooney’s award-winning book of the same name, sees main characters Connell and Marianne head to Trinity for college after they began a rather tumultuous romance during secondary school in Sligo.

Trinity, where author Rooney attended for her undergraduate degree, serves as the backdrop as the duo navigate their seemingly impossible relationship.

The show, starring Paul Mescal and Daisy Edgar Jones, was met with rave reviews and drew in over 16.2 million viewer requests on BBC iPlayer in its first week, smashing the previous record of 10.8 million requests over seven days for Killing Eve season one in 2018.

On July 9, the University Times, the student newspaper for Trinity College Dublin, reported that the number of first-preference applications to Trinity increased by 9 percent from 7,660 last year to 8,381.

In a press statement, UCD Registrar and Deputy President Mark Rogers said: “2020 will be recorded as a remarkable year as school leavers grappled with the disruption to their studies, the cancelation of the Leaving Certificate here in Ireland and of final State examinations in many countries, the adjustment of university application processes to take account of calculated grades and the uncertainty around how college life will be structured under prevailing public health restrictions dealing with COVID-19.”

A spokesperson for TCD told The Irish Times that the college is delighted with the “positive interest shown by students in studying at Trinity” this year.

“We had expected interest in Trinity programmes to be high – as it always is – and are greatly looking forward to welcoming a new cohort of undergraduates in September,” the spokesman said.

The spokesman noted that, while it was difficult to say definitively whether the increase was linked to Normal People, the series significantly boosted interest in the college.

“It’s hard to quantify what exactly influenced students’ decisions, but it seems likely that all the exposure may well have played a role.”

Professor Kevin Mitchell, the dean of undergraduate studies at Trinity College Dublin, said: "[Normal People] painted a really positive picture I think of what being at Trinity is like.

"It focused on social and romantic relationships, but it also showed the educational journey that those students went on.

"There were fantastic scenes in the classroom of discussions and you can see one of the characters, Connell, growing in confidence over the course of his time there. He started out very unsure of himself but then really found his feet and found his voice.”