The Trinity College is working with the people of Inishbofin to come up with a solution for its collection of 13 skulls removed from the island during the 1890s. 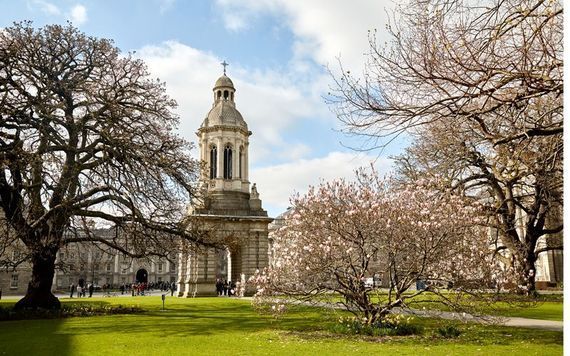 Trinity College is considering the return of skulls taken from Irish island Inishbofin over 130 years ago without islanders' consent.

The Trinity College board is working with the people of Inishbofin and statutory bodies to come up with a solution for its collection of skulls, which were removed from the island during the 1890s as part of now-discredited research.

In a statement, the board said it is working to find a solution that respects the wishes of islanders living on Inishbofin today.

Inishbofin inhabitants have been campaigning for the 13 skulls to be returned to the island for burial.

The skulls were taken illegally from St. Colman's Monastery in 1890 by Alfred Haddon and Andrew Dixon, two Trinity-affiliated academics who brought the skulls to Trinity professor Charles Browne for further study.

The skulls were used as part of now-debunked craniology research, according to Galway Beo.

All of the skulls were of Inishbofin parishioners, with some dating back to the 1500s.

Trinity College said the skulls are not on public display, adding that they are safely kept in the college's anatomy museum.

It has also established the Trinity Legacies Review Working Group to deal with the matter and other legacy issues.

Marie Coyne, the Director of the Inishbofin Heritage Museum, told RTÉ News that everyone on the islands wants the skulls to be returned.

"If someone stole your wife, daughter or grandmother's remains and kept them for doing tests on without permission ... taking the skulls from the graves was wrong in the first place, and these people had hard lives and came from poor communities," Coyne told RTÉ.

Trinity College said its Old Anatomy collection is home to 484 human remains from around the world, including remains from Myanmar, Nigeria, Thailand, South Africa, Australia, and New Zealand.