Trial begins for murder of Limerick man in North Carolina, wife and father in law accused

The 39-year-old father of two was found unconscious in his home in an exclusive estate on the outskirts of Lexington, NC on August 2, 2015. His wife and father-in-law claim self defense. 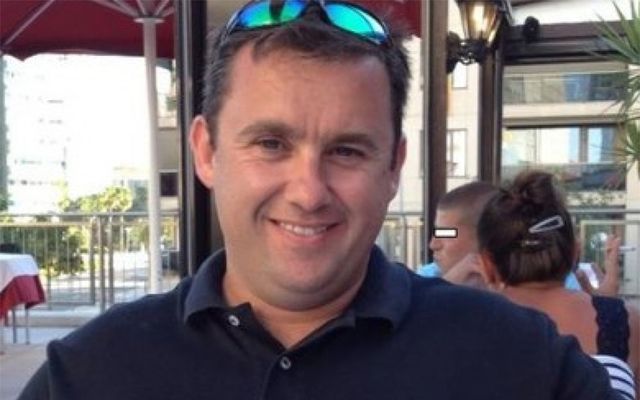 The small North Carolina town of Lexington is this week being taken over by the trial of Molly Martens and her father Thomas Martens, who stand accused of the murder of Molly's husband, Irishman Jason Corbett.

The 39-year-old father of two was found unconscious in his home in an exclusive estate on the outskirts of Lexington on August 2, 2015, by police investigating an emergency call about a domestic disturbance in the early hours of the morning.

He had received fatal head injuries, believed to have been caused by a baseball bat found at the scene. Both his wife Molly Martens, 35, and her ex-FBI agent father, Thomas Martens, 67, will stand trial for second-degree murder and voluntary manslaughter of the Irishman.

The trial follows a bitter custody battle two years ago which ended when Corbett's children returned to live with his family in their father's native County Limerick. The prosecution withdrew the charge of voluntary manslaughter on the first day of the trial, however, and the pair now stand accused of second degree murder only.

It has been reported that Thomas Martens was the person to make the 911 call, telling local police that he hit his son-in-law with a baseball bat in the act of defending his daughter after he found her in a violent argument with her husband.

Molly Martens and her father filed a late motion before the trail started to prevent the prosecution from describing Corbett as a peaceful person before the judge and jury.

The Corbett family has told the Limerick Leader, however, that they believe there is some kind of cover-up involved. The family has said that they were first told about the incident by Molly’s mother, Sharon Martens, who allegedly said that Molly had pushed Jason and he died as a result of injuries sustained by banging his head during the fall.

Jason’s older brother John told the Limerick Leader that he believed Thomas Martens was involved in a “massive cover-up.”

“You don’t have to be a forensic detective to see this,” he added.

Jason Corbett met Molly Martens in 2008 when she traveled to Ireland from Tennessee to work as an au pair for his two young children from a previous marriage. Corbett’s first wife died in 2006 following a severe asthma attack.

A relationship developed between Corbett and Martens and they married and moved to America in 2011.

Molly Martens and her father Thomas.

There is speculation that Corbett wished to return to Ireland with his two children and that Martens had sought a divorce for some time before her husband's death.

In 2015 the Irish Independent reported that Martens had been investigating the possibility of winning legal guardianship of her step-children during the two years prior to Corbett's killing.

“She did talk to a lawyer at one point about problems in the relationship, but she never actually instituted any actions in the courts.”

Immediately after Corbett’s death, a bitter custody battle raged between Martens and Corbett’s sister Tracey Lynch over the upbringing of Jack, 12, and Sarah, 10.

Tom Corbett stated that his brother had previously expressed his desire for their sister Tracey, and her husband David Lynch, to assume the role of the children’s legal guardians should anything ever happen to him. However, after Jason Corbett's death the children were left in the custody of the Martens family even though they were suspects in their father's death. The children have since been returned to the custody of the Corbett’s in Ireland.

As the trial began in Davidson County yesterday, a pool of 143 possible jurors was asked to fill out a questionnaire to discover how much of the media's coverage of the case they may have been exposed to and whether they are in any way linked to any of the people who could be called to give evidence.

Martens and her father had tried unsuccessfully to have the trial moved to a different county believing they would not receive a fair and impartial hearing in the small Lexington community.

Both are pleading not guilty to the charges, claiming self-defense and defense of another.

The process of picking the 14 jurors, 12 to sit on the jury and two to act as alternates, could take as much as five days. Judge Lee of Davidson County warned the jury pool that the trial itself could last two weeks once it begins.