Resident of Boston dies off Cape Cod. Family set to return to Ireland for funeral this week. 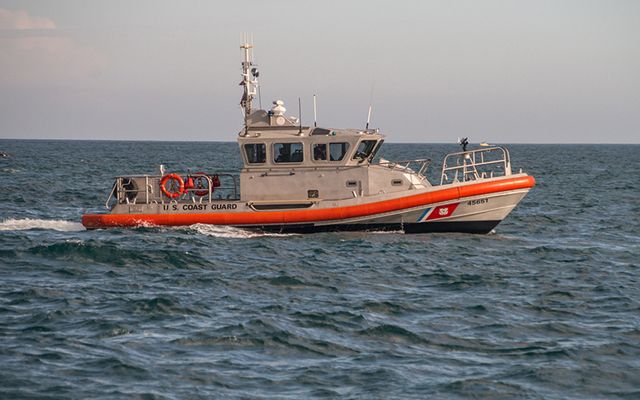 Irish child lost his life despite the presence of the Coast Guard, at Hog Island Channel, of Massachusetts. iStock

An eight-year-old boy from Clonmel, County Tipperary, died last week when the boat he had been traveling in with 12 other people, including his parents, capsized near the Hog Island channel, in Wareham, Massachusetts.

The child, Harry O’Connor, had been traveling in a 23-foot Four Winns Bowrider speed boat when the vessel capsized on Wednesday (July 26).

A local news channel, WCVB, reports that the child had been underwater for 24 minutes before he was rescued. Despite the presence of the Coastguard the child could not be located. The young boy’s life jacket was spotted by a professional diver, Michael Margulis, who happened to be in the area. The diver pulled O’Connor from underneath the boat.

O’Connor was taken from the scene of the accident by helicopter to Boston’s Children’s Hospital. He lost his fight for life on Saturday.

Margulis told the Boston Globe when he found inside the boat “The boat was upside-down. All of the lettering was backward and upside-down, and it was really confusing. Stuff that used to be on the floor of the boat was now the roof. I started swimming through the debris field. I found a pool noodle. A shoe. A sneaker . . . another life jacket that was empty.”

He told the newspaper that O’Connor had been pinned to the deck of the boat when he was found.

A Massachusetts boy who was rescued when a sailboat overturned off Wareham, has died. https://t.co/X6TUPXjCwD

O’Connor lived in Sudbury, Boston, with his parents, Paudie O’Connor and Laura Lenehan, and his siblings Ellen, Charlie and Joe. The family are originally from Poulnaganogue, Clonmel and the eight-year-old had previously attended Gaelscoil Cluain Meala and Montessori class at Clonmel Childcare.

In Boston Harry attended Nixon Elementary School. He was in the third grade.

She wrote: “Nothing compares to the grief and sadness of losing a child.

“While the family is the most impacted, many others share in the profound sadness of this tragic event.”

Harry O’Connor family will return to Ireland for the funeral. The Tipperary Star have published details of the funeral plans:

“Reposing at the home of John and Barbara Lenehan, Downstown, Duleek, Co. Meath on Wednesday afternoon from 3 o'clock to 8 o'clock. Removal on Thursday morning to St. Cianan's Church for Requiem Mass on arrival at 11 o'clock and thereafter to Holy Cross Cemetery. No flowers please. Donations, if desired, to Crumlin Childrens Hospital.”