John Cunningham had lived undocumented in the US for over a decade. He had a warrant out for his arrest for failing to appear in court over a dispute with a customer. 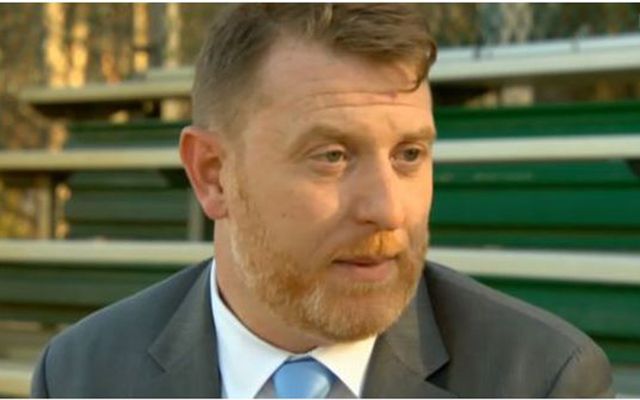 Prominent Boston Irish community leader John Cunningham was deported from the US on Wednesday night, a spokesman for U.S. Immigration and Customs Enforcement (ICE) confirmed Thursday.

Arrested at his home on June 16, the 38-year-old electrical contractor was detained by federal immigration officials for living undocumented in the country for over a decade, having overstayed a 90-day travel visa.

ICE confirmed that Cunnigham represented an "enforcement priority". It was revealed shortly after his arrest that the Co. Donegal native had a warrant out for his arrest having failed to appear in court several years ago regarding a dispute with a customer.

"Someone who overstays a visitor visa is flagrantly violating the granted benefit."

A native of Glencolmcille in Co. Donegal, Cunningham had been living in the US since 1999 and had not returned to Ireland in 16 years. Earlier this year, he appeared in an RTÉ documentary "The Undocumented", speaking about the fears of living illegally in the US.

While having over stayed the 90-day period that allowed him to enter the country legally under the Visa Waiver Program, Cunningham, a former chairperson of Boston Northeast GAA club, also had a warrant out for his arrest for failing to appear in court in 2014. He stood charged with accepting a $1,300 check from a customer to carry out electrical repairs but failing to return to do the work. Homeowner Christopher Waltham stated that he never again heard from Cunningham after handing him over the check. The electrictian was due to appear in court on October 16, 2014, but failed to show.

Cunningham's case had given rise to the fear and anxiety felt by the Irish community in Boston, where an estimated 12,000 of the 50,000 undocumented Irish throughout the US are believed to live. The Donegal man was a well-respected member of the community for his work with the GAA and advocates within the Boston Irish community believe his deportation to be unfair given the postitive contributions they claim he has made to the US.

"A sad day when our government imprisons immigrants who contribute so much to our country and society," said Boston-based Irish International Immigrant Center, a group that held a rally in front of downtown Boston's Irish Famine Memorial last Thursday in opposition to President Donald Trump's immigration policies.

"Like so many upstanding, hardworking and decent immigrants, John's deportation makes no sense, and we are not any the more safer for not having him here."

Proud and honored to stand with all of our allies today to support the immigrant and refugee families who make our country great! https://t.co/hoX6uZSXgr

As Cunningham had broken the terms of the Visa Waiver Program, he was subject to mandatory detention and did not appear in front of a court.

"Visa Waiver Program participants waive their rights to a hearing before an immigration judge and are subject to mandatory detention," Shawn Neudauer, an ICE employee told the Independent.ie.

"There is no hearing before an immigration court, there's no judicial involvement whatsoever. If I was to come to Ireland and stay 100 days Irish authorities can arrest me and keep me in jail before I get sent back.

"John will be held in custody until he will be sent back to Ireland. This will be relatively quick. He won't be kept in jail for very long and has no right to appeal."

The number of immigration arrests has spiked by 37% this year and in Boston the figures have doubled.