Tom Kennedy, the Irish busker who was tragically killed in Tbilisi, Georgia earlier this month, was laid to rest in his beloved Co Mayo today, October 27. 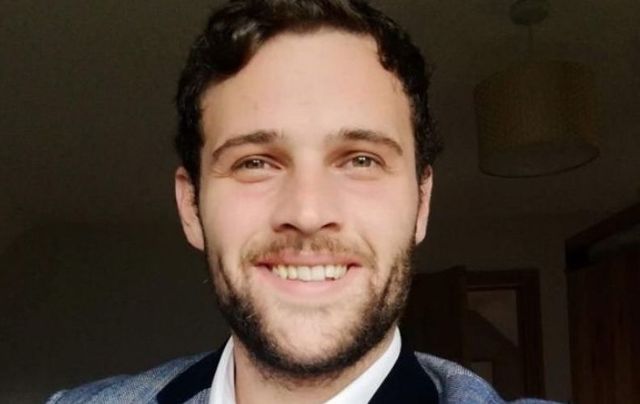 Kennedy’s family and friends gathered at St. Patrick’s Church in Lahardane, Co Mayo to pay their final respects to the 28-year-old musician who was beaten unconscious and thrown into the Mtk'uari River in Georgia on October 7. His body was recovered later on October 9.

Despite having only been in Tbilisi for about five weeks before his death, Kennedy is remembered by locals as “the happy lad who graced their shops and cafes.”

Ahead of the funeral service on Wednesday, Kennedy's family requested that attendees "wear some colour in their clothing to celebrate his life."

"Tom brought brightness with him wherever he went and to whoever he met on his life’s journey," his death notice read.

On Wednesday, the congregation at St. Patrick's Church heard: “All of you sat here today who knew Tom and were blessed to know him on a personal level will tell you and everyone how he touched our lives like no other.

“He was gifted into his music but also, without him realising, he had a gift with people, and anyone who ever connected with Tom remained lifelong friends.”

Tom was described as “kindness personified” by his brother James, who added that his brother “never had a bad word to say about anybody.”

Father John Reilly made special mention of Kennedy’s love for his Irish heritage, which was symbolized with an Irish flag draped over his coffin.

Kennedy's guitar was also displayed on the altar - the talented musician busked in places including Castlebar, Cork, and Galway, "and made many friends along the way."

Fr Reilly said: “Today, we are thanking God for the special gift of Tom Kennedy.

“He radiated goodness, beauty, and kindness to all he met and came in contact with.”

Police in Georgia have reportedly launched a murder investigation into Kennedy's death, which is being described as a "robbery gone wrong."

A GoFundMe was launched in the wake of Kennedy's death to help bring his remains back to Ireland for burial, with help from the Kevin Bell Repatriation Trust. Having so far raised more than €61k, the fundraising page has so far doubled its original goal of €25k.