Thomas Kennedy was beaten unconscious and thrown into a river in Georgia. His body was recovered the next day. 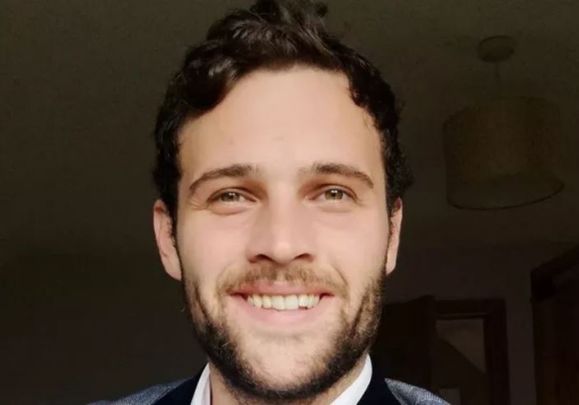 Thomas Kennedy was a talented musician, according to his family. GoFundMe

An Irish family has launched a GoFundMe to repatriate the remains of a 28-year-old Irishman, Thomas Kennedy, who was beaten to death and thrown into a river in Georgia last week.

Thomas Kennedy was beaten unconscious and thrown into the Mktvari River near the Georgian city of Gori on Thursday, October 7. His body was recovered from the river a day later, on October 8.

Police in Georgia have launched a murder investigation and have arrested five men in connection with Kennedy's death.

The five men appeared in the Gori District Court on Tuesday, where four men were charged with "premeditated murder" and a fifth was charged with failing to report a crime. All five men were denied bail.

Local reports state that Kennedy had been drinking with the suspects on Thursday before the mood turned violent and he was beaten unconscious.

His cousin Olivia Barrett, who launched the GoFundMe to repatriate his remains, told RTÉ that efforts to bring Kennedy's body home have been complicated by the fact that he was born in England.

She said that Georgian authorities had initially contacted the British Foreign Office over his preparation before the Irish Department of Foreign Affairs became involved.

The campaign to bring Kennedy "to his beloved home of County Mayo" has raised more than €48,000 ($56,000) since it was launched. Barrett said that the money will go toward Kennedy's repatriation, funeral costs, and added that it will also cover the cost of his family flying to Georgia to witness the criminal trial of the men charged in relation to his murder.

She said that it is currently difficult to repatriate her cousin's remains due to the COVID-19 pandemic.

"It is currently very difficult to repatriate Tom home due to the Covid19 restrictions, so we are setting up this GoFundMe Page to raise funds to bring Tom home as soon as possible, this is costly, and with the help of the Kevin Bell Repatriation Trust, we will get him to his beloved home of County Mayo," Barrett wrote on GoFundMe.

"Our aim is to raise money in order to fund the expenses associated with Tom's passing. These include but are not limited to repatriation, funeral cost, and for Tom's family to travel to Georgia to see the Criminal Trial of his death."

Kennedy arrived in Georgia on August 30 on holiday, according to the Mtavari TV station. Other outlets report that he traveled to the country to study music.

Barrett said that Kennedy traveled to Georgia once COVID-19 restrictions were lifted and said that he was due to return home two weeks before his death.

RTÉ reports that it will take several days for the Georgian authorities to release Kennedy's remains.

Barrett thanked people for their support over the past week and said that Kennedy would get the "sendoff he deserves" in due course.

She said that life would never be the same again following her cousin's death.

"We are absolutely devastated there are no words, life will never be the same again without our beautiful talented boy."