Timothy Butler has been sentenced to 30 years to life in prison for the 2017 murder of Irish woman Helen Jones in her Vermont home. 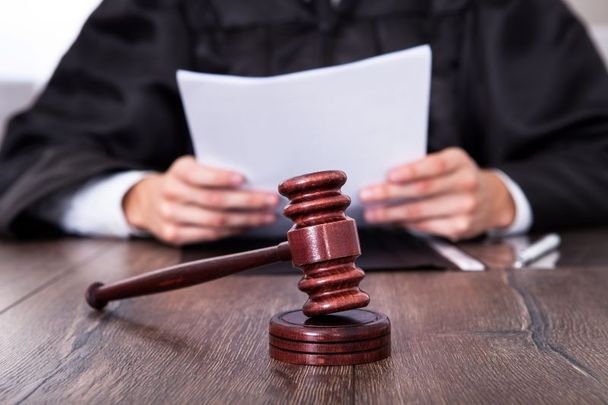 Timothy Butler will serve 30 years to life in prison for the murder of Irish woman Helen Jones. Getty Images

Timothy Butler has been sentenced to 30 years to life in prison for the murder of 81-year-old Irish woman Helen Jones in 2017.

Read More: Irish murderer who killed his wife and four kids in house fire has died of cancer

The Bennington Banner reporters that Jones, who emigrated to the US from Co Mayo “decades ago,” was alone in her home when Butler, who had previously done odd jobs for the elderly Irish woman, broke in, carrying with him a six-inch blade.

Butler later told investigators that during the attempted burglarly he “got scared and one thing led to another.”

Bennington County State's Attorney Erica Marthage told the court that Butler stabbed Jones more than a dozen times "to prevent her from implicating him in a burglary."

Jones’s body was discovered by a neighbor after an out-of-state relative reached out, concerned about Jones’s wellbeing. An autopsy report revealed that she died from stab wounds to her torso.

Butler initially pled not guilty to charges, but later reversed course to plead guilty in April 2019.

In court, Butler said he “allowed panic and fear to take over” on the night of the murder and was “truly sorry."

Helen is survived by her three children Robert, Heather, and Teresa, who told the court she was "consumed with questions" about the night of her mother's horrific death.

“Was she in pain?” Teresa wonders. “Did she call out?”

During Butler’s sentencing, the presiding Superior Court Judge William Cohen said Butler "made significant choices" the night of Jones' death, "all of which were bad" and ultimately sentenced the 34-year-old to 30 years to life in prison.

Helen’s obituary said that she was born in Cloontia, Co Mayo in 1935 and attended school in Ireland.

“Helen was a devout catholic and a member of St. Margaret Mary, Christ Our Savior Parish in Arlington. She served as a member of the Catholic Daughters, the Sodality and was a CCD teacher.”

“For years she volunteered her time taking care of the elderly. Helen loved gardening, walking along the beach and listening to the sound of the ocean. She was a New England Patriot football fan, loved taking care of her home and cherished times spent with her family.”