Three people fined in Ireland after traveling 80km for burgers

People must stay within 5km of their own home under the Irish Government's Level 5 COVID-19 restrictions. 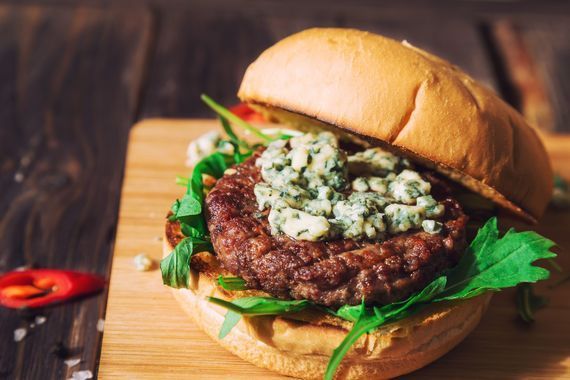 Would you travel 80km and risk a fine for your favorite burger? Getty

Three people were issued with on-the-spot fines after they told gardaí that they drove more than 80km to "collect burgers from a takeaway".

Gardaí have issued 29 on-the-spot fines, known as Fixed Payment Notices (FPN), to people who traveled more than 5km from their home without a valid excuse.

In one notable case, gardaí stopped a motorist on Sean Moore Road, Ringsend, in Dublin's south inner city. The man told gardaí that he and his two passengers had traveled 80 km from County Meath to "collect burgers" from a takeaway restaurant in Dublin 4.

All three people were issued with €100 fines.

Elsewhere, a driver was stopped at a checkpoint in Midleton, County Cork, and agreed to return home. However, she was later spotted at a beach more than 5km from her home and issued with a fine.

In nearby Cork City, gardai stopped a couple not from the same household who were claiming to be visiting an elderly resident in the area. However, they were spotted for a second time in the same area and had not made any visit, resulting in on-the-spot fines.

Meanwhile, four people were seen leaving a gym in north Dublin. Upon closer inspection, gardaí observed that two instructors were also present at the gym. The instructors told gardaí that they had "no internet at home to conduct online sessions" and all six people were issues with Fixed Payment Notices.

People must stay within 5km of their own home under Ireland's Level 5 COVID-19 restrictions unless they have a valid excuse.

These include traveling for essential work, to collect a prescription or attend an appointment, to attend court, for vital family reasons, and to do a food shop if a person lives more than 5km from a grocery store.

In the past, three people have been jailed for breaking COVID-19 travel restrictions, with one offender receiving a four-month prison term.