Thiago Cortes died on Wednesday after being struck in a hit-and-run incident while delivering food in Dublin on Monday night. 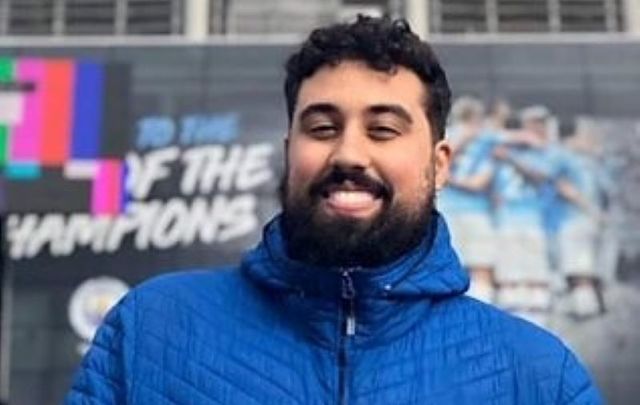 Thiago Cortes died on Wednesday from the injuries he sustained in a hit-and-run incident on Monday. Facebook

The fiance of Thiago Cortes, who was killed in a hit-and-run earlier this week, said that he came to Ireland from Brazil a better life.

Thiago Cortes, 28, was hit while delivering food by bicycle for the delivery service Deliveroo on Dublin's north inner city on Monday night. He died of his injuries on Wednesday morning.

Cortes was knocked down by a car traveling at speed with no tax, insurance, or NCT (National Car Test). The driver failed to remain at the scene.

Gardaí believe that four people were in the car that struck Cortes and have urged anyone with information or dashcam footage to come forward. They have also found an abandoned 2005 Ford Fiesta at a nearby location.

On Thursday, gardai said they believe they have identified the driver of the vehicle, who is thought to be "a male teenager from the north Dublin city area who has a string of previous convictions," according to The Irish Times.

Teresa Dantas, Cortes's fiance, said that she doesn't want what happened to Cortes to happen to anybody else and urged people to come forward if they had information to help gardaí with the investigation.

"Unfortunately it happened, but it could happen again. I don't want it to happen to anyone in the future. These people have to answer for what they did."

A GoFundMe has been launched to help repatriate Cortes' body to his native Brazil.

Dantas said that it was her fiance's idea to move to Ireland two and a half years ago.

"He wasn't happy in Brazil and thought we would get better opportunities. He came here for a better life.  We were getting that, we had a great life here."

Dantas was with her fiance all day Tuesday and during his last moments on Wednesday morning as doctors fought to save his life.

"Thank God I got to see him in the emergency room and then after when he was in ICU. I spent the whole day there with him and the night as well, until his last moments."

Mourners held a vigil and rally for Cortes in Dublin City on Wednesday night and Dantas said that she was moved by the solidarity shown for her fiance.

Very large turnout at Dublin #justiceforthiago vigil/rally in honour of Thiago Cortes, who died after a hit-and-run in Dublin on Monday night.

"It was amazing to see how many people were there. A lot didn't know him and they were all touched by it. It could have happened to any of them or any of us.

"I was really happy to see the amount of love and support yesterday and since the accident, we have been receiving the same support from the Brazilian community and the Irish community."

Dantas joined the mourners in marching from O'Connell Street to North Wall Quays to leave flowers at the scene of the hit-and-run.