Speaking of the attack on his Belfast home, Sinn Féin TD Gerry Adams said he dares the attackers to have "the guts and the gumption" to talk with him face-to -face. 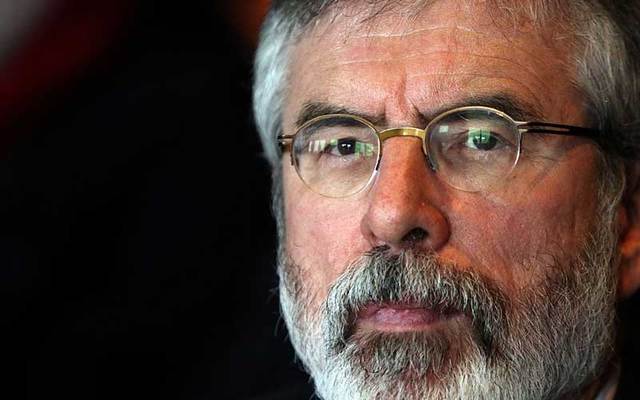 Speaking in Belfast Saturday on the attack on his home and on the home of Bobby Storey, Sinn Féin TD Gerry Adams said:

"I condemn without reservation the attack on my home and on the home of Bobby Storey.

"I am very thankful that no one was hurt.

"Two of our grandchildren were in the driveway of my home ten minutes before the attack.

"I want to appeal to everyone to be calm. We are involved in a process of change and some people are resistant to change.

"If our families can remain calm then we are asking for everyone else to stay calm.

Gerry Adams speaking about attack on his home https://t.co/vCztu9ONKw

"For those who were involved in the attack if they have the gumption to sneak up on our homes I think they or their representatives should come and meet me.

"I would like them to have the guts and the gumption to sit down and tell what this is about.

"I would also like those who are involved in exploiting children in Derry or those who are poisoning the atmosphere in east Belfast to do the same.

"We are very open; Sinn Fein can be contacted through any of our offices.

"That's my direct appeal to them.

"Come and sit down and explain to me what this about, give me the rationale for this action."